The populated areas near the oil fields in northeast Libya are suffering from pollution resulting from oil-related operations, in the absence of any action from authorities. 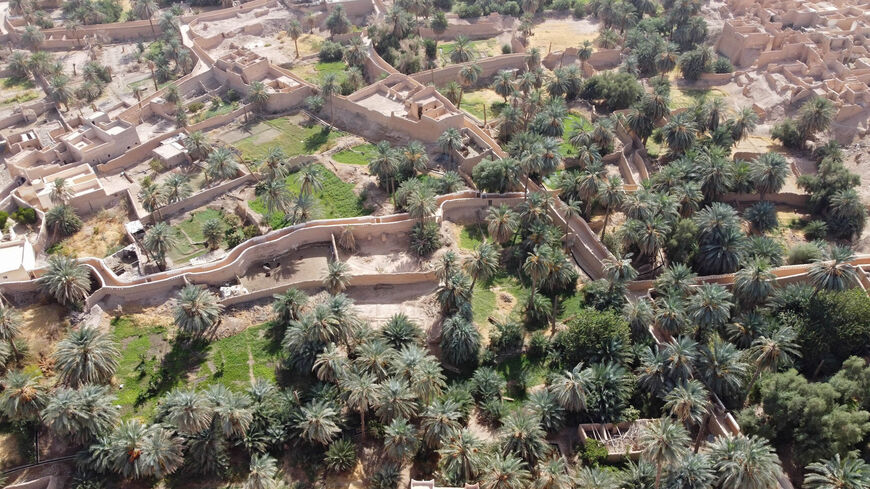 An aerial view shows the town of Ghadames, a desert oasis some 400 miles southwest of the capital Tripoli, Libya, Oct. 19, 2021. - Mahmud Turkia/AFP via Getty Images 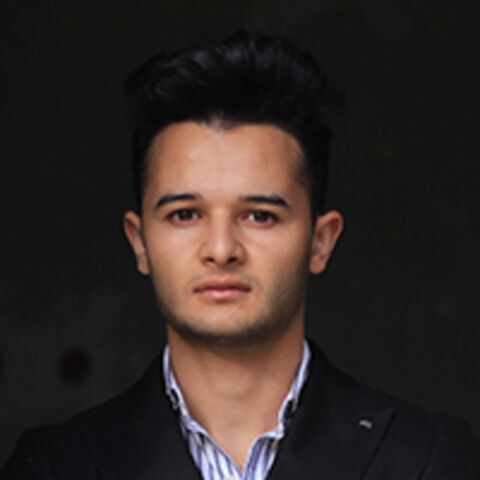 TRIPOLI, Libya — The residents of Libya’s oil-rich areas face the risk of their crops being polluted by the gases emitted from oil extraction operations. These areas produce millions of barrels of oil in the middle of populated areas, which not only destroys the planet but also kills Libyan crops and threatens the future of the local population.

Omran bin Sabaia, a 68-year-old Libyan farmer who owns a farm in the oasis town of Awjila, in al-Wahat district in the northeast of Libya, is disappointed that his crops are affected by oil pollution, even though his farm is located in an area known as one of the most fertile regions in the country.

Bin Sabaia, who has been working the land for 30 years, blames his low yield on nearby oil fields, just 3 kilometers (roughly 2 miles) from his farm.

“We are surrounded by oil fields from the west, east and south,” he told Al-Monitor, stressing that the state is ignoring the plight of farmers and their crops.

He explained that the unsafe disposal of petroleum oils pollutes the soil and even groundwater, which is the source of irrigation and drinking water in the area, resulting in dry crops.

“We pleaded with the local authorities to do something about this, but to no avail. The situation could not be any worse but there is nothing else we can do,” he said.

The so-called oil crescent of Libya, mainly located in the northeast, has long been known for its high-quality agricultural products, including crops of dates, potatoes and tomatoes.

Locals have always called for abiding by international laws and conventions related to security and safety when extracting oil. However, bin Sabaia and other farmers fear that the reputation of their once-famous crops has been ruined.

Farmers say that their farms have been damaged by toxic emissions that pollute the soil and groundwater, harm crops and cause diseases. Much of the cultivated land is currently very dry and the little groundwater that remains is susceptible to pollution from oil waste.

Meanwhile, the Libyan Al-Rakeb Organization for Safety and Environmental Protection is working to confront the pollution of crops in the area, and members of the organization go out to the fields near the oasis town of Awjila to collect and test water, soil and crop samples.

Awad Batroun, member of Al-Rakeb, told Al-Monitor, “Pollutants from nearby oil fields can spread through the air or water. Agriculture risks being affected by the leakage of pollutants, and this is the risk that we want to avoid.”

Studies conducted by Al-Rakeb show that the leakage of crude oil on the surface soil leads to the emission of many gases, including methane and ethane, which are considered among the most toxic gases and cause cancers of the respiratory system, according to Batroun.

He said that many people in the area are already suffering from oil-related pollution; farms and groundwater have been severely affected by oil spills, and the state must address the problem that existed before the armed conflict broke out in the country in 2011 and then worsened in light of the political and security chaos that followed.

Batroun said he has met with several officials from the National Oil Corporation (NOC) at its headquarters in the capital Tripoli, and handed them reports on the situation in northeast Libya and the population’s suffering, but no decisions were taken in this regard.

Bashir Brika, member of the Libyan Organization for Environment and Climate, told Al-Monitor that the problem lies in the lack of interest of oil companies in the water lakes that are formed during the oil extraction and production processes, known as “produced water,” which contains various chemicals.

He said that these lakes lie near farms and populated areas without sound treatment, and there is no accountability for the work of these oil companies, which ignored the treatment of produced water.

Brika stressed that some foreign companies are reluctant to take any action due to the political instability and the existence of two parallel governments in Libya. “In the absence of any legislation in this regard, oil companies continue to ignore the citizens’ demands,” Brika added.

Mayor of Awjila Ahmed Mohammed told Al-Monitor that the municipality pleads with the concerned parties almost on a daily basis, particularly the Ministry of Environment, which he says is unhelpful, especially since all officials claim to have no authority in this regard.

Al-Monitor sought further clarifications from the Minister of Environment in the government headed by Prime Minister Abdul Hamid Dbeibah in Tripoli, but officials refused to comment on the issue.

The Ministry of Environment has barely done anything in this regard. A short report by the NOC was issued in 2019, in which the Environment Committee assigned by the NOC conducted a comprehensive study on the three oases areas of Jalu, Awjila and Ajkharah and the oil fields adjacent to them.

The study concluded that the materials resulting from oil operations have an effect only on the atmospheric air and plants, and that groundwater pollution is caused by the people of Jalu and the black water that is dumped on the surface of the Earth.

The committee pointed out that the study showed no leakage of water associated with oil operations into the groundwater in the oases, which bin Sabaia denied.

Shortly after the study was issued, environmental activists expressed their dissatisfaction with the committee's findings, noting that since the committee was formed by the NOC it would only issue results in its favor, calling for an international impartial committee to be assigned to carry out such studies.

Meanwhile, the NOC prevents any research institutions from entering the oil-rich areas to study oil pollutants.

While rival and foreign powers jostle for control of oil reserves, Libya has been ravaged by conflict since a NATO-backed uprising turned into a civil war, and toppled longtime dictator Moammar Gadhafi in 2011.