Defense Minister Benny Gantz has shot down accusations that Israeli troops intentionally killed teenager Jana Majdi Assam Zakarna during a raid in the West Bank town of Jenin, but the military investigation is ongoing. 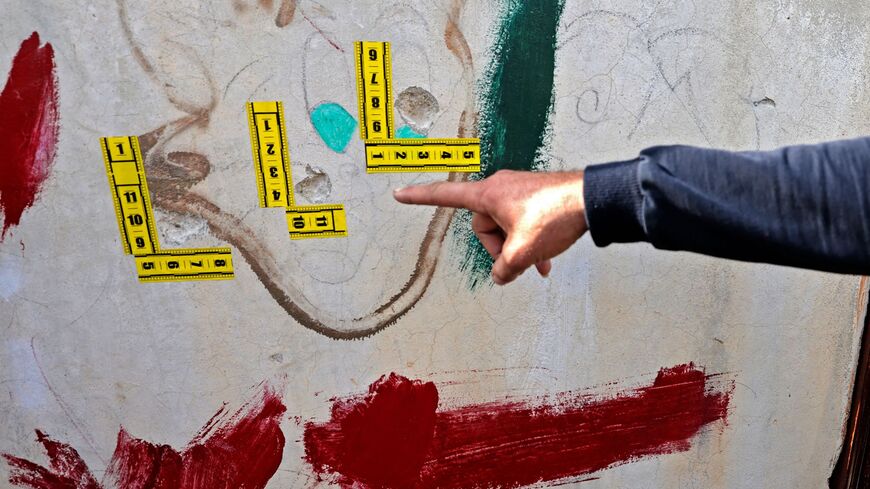 Palestinians inspect the area where a teenage girl was killed during an Israeli raid in Jenin, in the occupied West Bank, on Dec. 12, 2022. - JAAFAR ASHTIYEH/AFP via Getty Images

Outgoing Defense Minister Benny Gantz reacted Monday to the Palestinian Authority accusing the Israel Defense Forces of intentionally killing 16-year-old Jana Majdi Assam Zakarna during a raid the West Bank town of Jenin. Speaking at his faction’s weekly meeting, Gantz said, “I express my sorrow for her death, as for any death of someone who was not involved in terrorism, if that was indeed the case.”

Gantz added that the Israeli security forces had conducted the raid to arrest Palestinians suspected of recent shooting attacks and involvement in terror activities. “The matter is under investigation, and I can assure you of one thing: Unlike those who stand by the roads with weapons, stones and Molotov cocktails, waiting for an opportunity to murder Israeli girls and boys, women, elderly and children, IDF soldiers do not shoot deliberately at uninvolved people. The IDF will continue to act to thwart terrorism, anywhere and at any time, while adhering to the rules of engagement. The commanders and soldiers have full support to continue to fulfill their mission with professionalism and determination.”

Earlier on Monday, reports in Israel said IDF troops may have accidentally shot and killed a teenage Palestinian girl during a battle with Palestinian gunmen in Jenin. The reports said Israeli troops had shot toward rooftops in Jenin in response to explosives and live fire. The reports cited soldiers involved in the incident who said at a preliminary briefing that they had only shot at gunmen and did not fire intentionally toward the girl or any other unarmed people in the area.

The IDF has now opened an investigation into the incident, with military sources reportedly suggesting that Zakarna could have been misidentified while observing troops from the rooftop, standing next to gunmen or standing in the line of fire. The reports said the chances of her being killed by Palestinian fire were low.

Ta’al leader Ahmad Tibi blamed the IDF for the girl's death, noting, “Everyone knows the lies after the death of [Palestinian journalist] Shireen Abu Akleh, and the same is happening here.”

The incident took place while United Nations' special representative on children in conflict zones, Virginia Gamba de Potgieter, is on a visit to Israel and the West Bank. Gamba arrived Sunday for her first visit to the region in her current capacity. She will examine evidence of harm against children in clashes between the Israeli army and Palestinians during the past year. Jerusalem fears that Gamba will recommend blacklisting Israel for violating children’s rights during wartime.