In this weekly newsletter, Ben Caspit and Rina Bassist round up the biggest stories from Israel. 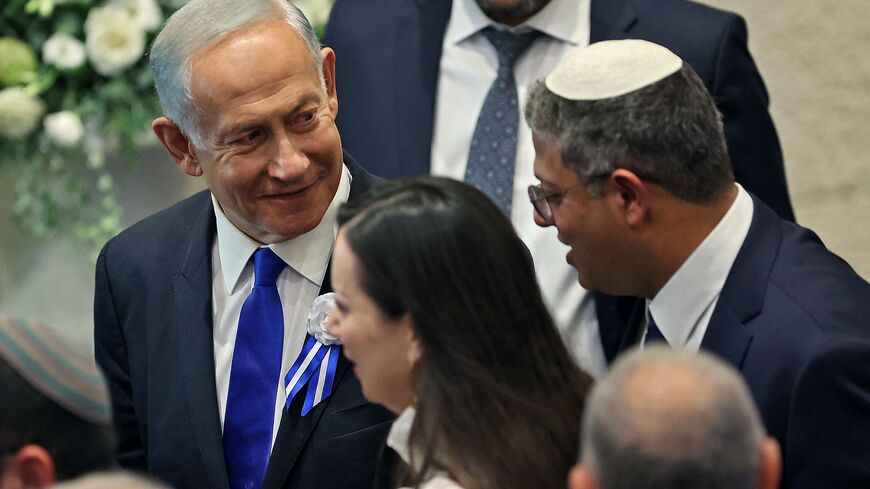 Netanyahu’s government could soon be completed, but at what price? The Americans are worried over a series of concessions Netanyahu has already agreed to. Control of the Civil Administration, for instance, which is the governing body operating in the West Bank, will apparently go to the far-right Religious Zionism party.

One party member will be appointed minister within the defense ministry. And then there is ultranationalist Itamar Ben-Gvir, slated to become national security minister. Netanyahu knows that all these moves could ignite the West Bank and Gaza, not to mention damage Israel’s relations with the United States.

Netanyahu has little to offer in means of reassurances. While Netanyahu pledged earlier this week that Israel will not be governed by Jewish religious laws — and also proposed a closer cooperation against China — will Washington buy it? It's unclear.

The United Nations is about to vote on a proposal mandating the International Criminal Court in The Hague to investigate the consequences of Israeli occupation over the Palestinians. With a far-right government, notes Ben, Netanyahu won’t be able to count on the Biden administration to pull him out of this quagmire.

Read the rest of this week's Israel Briefing here. Get this newsletter in your inbox each week by signing up here.