The Israel Briefing: Israel rejects US plan to investigate death of Palestinian journalist

In this weekly newsletter, Ben Caspit and Rina Bassist round up the biggest stories from Israel. 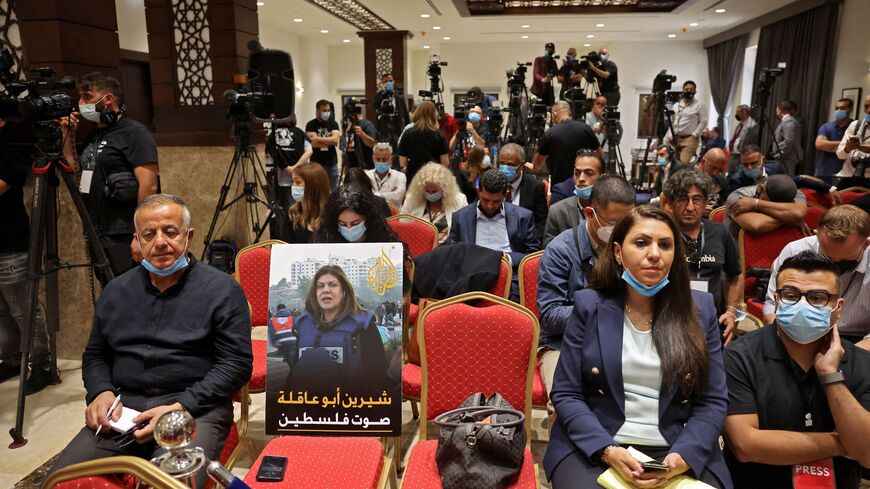 A photo of slain US-Palestinian correspondent Shireen Abu Akleh, with a caption in Arabic reading "Shireen Abu Akleh, the voice of Palestine", is placed amongst reporters ahead of a joint press conference between the US and Palestinian Presidents after their meeting at the Muqataa presidential compound in the city of Bethlehem in the occupied West Bank on July 15, 2022. - AHMAD GHARABLI/AFP via Getty Images

This week, we go behind-the-scenes of the American decision to open an investigation over the death of Palestinian journalist Shireen Abu Akleh and how Israeli authorities reacted to the reported decision.

Intense efforts by Israeli defense officials to uncover the origin of the FBI probe have yielded some insights, including the fact that the decision was made by the FBI and the Justice Department, and that Israeli authorities were at least partly in the loop. That being said, Jerusalem expected the administration would block the plan.

The Americans took their time to admit that such a decision was made by the FBI, indicating the move was not sponsored by the State Department. Still, well before Washington commented officially on this issue, outgoing Defense Minister Benny Gantz and outgoing Prime Minister Yair Lapid both came out publicly against such a move, clarifying that no Israeli soldier will be questioned on that incident by the Americans. It might be the only topic on which Gantz, Lapid and designated-Prime Minister Benjamin Netanyahu actually agree. ...

Read the rest of this week's Israel Briefing here. Get this newsletter in your inbox each week by signing up here.