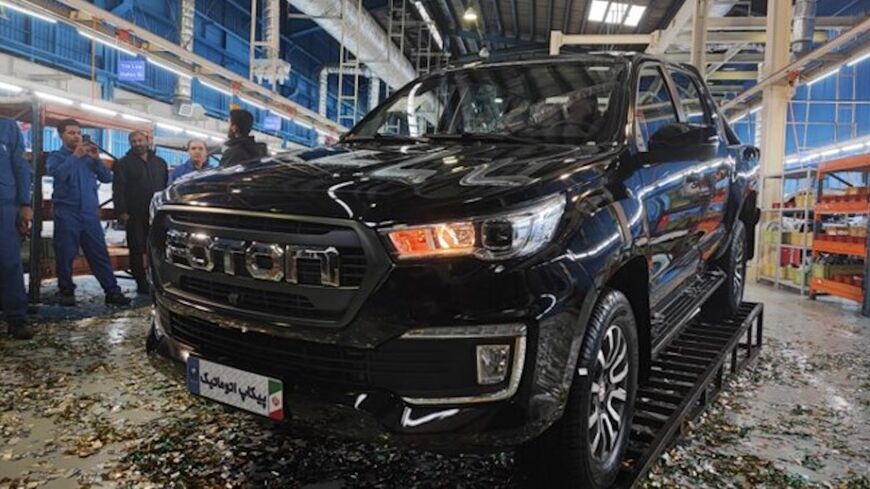 An Iranian vehicle manufacturer has unveiled a new truck that could be sold in Europe.

The Iran Khodro Diesel Company produced the Foton Tunland pickup truck in Iran. The vehicle has automatic transmission, 235 horsepower and is the first Iranian vehicle to meet the European Union’s Euro VI emission standard. The Foton Tunland will start being sold in the next three months, according to a release by Iran’s Chamber of Commerce.

What it means: The Euro VI refers to the carbon dioxide (CO2) emissions standard set by the EU for heavy vehicles, including trucks and buses. Vehicles that are registered or used in the European Union must be able to prove compliance with the measure.

Why it matters: Iran’s automobile industry is heavily sanctioned by the United States. In 2018, the Trump administration reimposed sanctions on the sale, supply or transfer of “significant” goods or services pertaining to Iran’s automotive sector. The move was part of the president’s withdrawal from the Iran nuclear deal.

In response to these sanctions, Iran banned the import of assembled foreign vehicles in 2018. Only foreign vehicles shipped to Iran in parts were allowed, per the law. Iranian President Ebrahim Raisi’s administration ended the ban and resumed allowing foreign vehicle imports earlier this year.

There is conflicting information on how Iran’s automobile industry is faring in light of the sanctions. Khodro is on pace to improve its sales numbers this year from last and is exporting more vehicles to Azerbaijan, according to Iranian media reports.

On the other hand, the US government-funded news outlet Radio Farda reported in April that automobile production in Iran is falling and Iranians have concerns about safety, high prices and corruption in the car industry.

Know more: Iran sanctioned the French car companies Renault, Peugeot and Citroen last month. The move was in response to European sanctions on Iran in response to the Islamic Republic’s violent crackdown on protests. All three companies do business in Iran.