The World Cup in Qatar has boosted revenues of Egyptian cafes, as many supporters flock there to watch the games, due to the increasing subscription of beIN Sports channel. 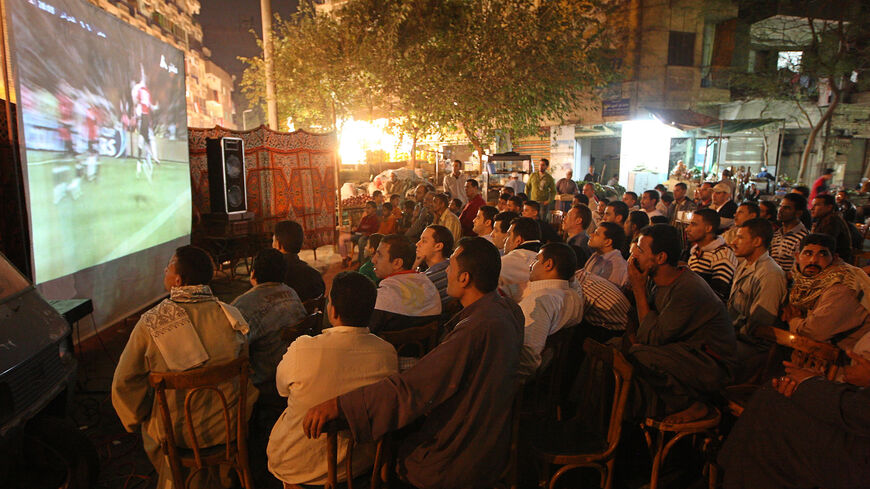 CAIRO —The 2022 FIFA World Cup hosted by Qatar from Nov. 20 to Dec. 18 has increased the revenues of cafes in Egypt, as many soccer fans watch the games in public rather than at home because of the high subscription cost to the Qatari-owned beIN Sports channel, the official broadcaster of the World Cup in the Middle East and North Africa.

Mohammad Farid, owner of a cafe in Cairo, told Al-Monitor, “I was keen on preparing the cafe that can accommodate up to 150 people, days before the World Cup kicked off by adding more chairs and big screens, and purchasing the World Cup bundle offered by beIN Sports.”

Farid said, “The World Cup attracts many fans to the cafe, and as a result the daily revenues have been increasing and have exceeded 70%. However, I employ more workers in the cafe during match days, bringing the number of staff to about 12 currently, while there are only eight staff normally, to help serve the customers quickly.”

He noted, “The number of customers had dropped, in addition to the price increase of food and drinks, such as sugar, coffee and tea. The World Cup is an opportunity to increase profits that compensate for the past period.”

Mahmoud Mustafa, one of the employees at Farid’s cafe, told Al-Monitor, “Indeed, there is a noticeable increase in the number of customers, especially young people who enjoy watching the World Cup games with their friends. Besides, due to the high subscription fees to the beIN Sports channel, [many] viewers were not able to pay that cost with their monthly salaries, and instead watch the games in a cafe.”

He said, “The cafe maintained its prices in an attempt to attract a large number of customers. It also allocated a special area for families to watch the games, in addition to offering a variety of beverages, namely hot ones, to suit the cold weather in Egypt at night.”

Osama Ali was in the cafe in Cairo watching the Brazil-Cameroon game Dec. 2. He told Al-Monitor, “The cost of subscribing to the beIN Sports channel does not match the middle-class income bracket of most families. I decided to watch the games at the cafe along with several of my friends.”

He said that he had a CNE network subscription prior to the World Cup, adding, “But I had to cancel it due to the high cost [of subscription to beIN Sports], as the company introduced additional bundles for each game separately. My priority is to pay for my basic family needs.”

However, he noted, “Frequenting the cafe was in itself an opportunity to meet with friends as well, because it has become a habit for many to watch games together at cafes in Cairo.”

Mostafa Badra, economist and professor of finance and investment at Cairo University, told Al-Monitor, “As long as inflation indicators are high, Egyptian families are trying to limit their spendings, especially in entertainment.”

The annual inflation rate in Egypt rose in late October to the highest level in four years, driven by the rise in food prices and the continuing pressures resulting from Russia's war on Ukraine, reaching 16.2%, compared to 15% in September.

Badra explained, “In view of the World Cup, the high prices of subscriptions to TV channels broadcasting the games prompted those interested in sports to watch at cafes. This in turn has boosted cafes’ revenues compared to previous months.”

He concluded, “The repercussions of the Russian-Ukrainian war, the difficult economic conditions and the increase in inflation indicators are pushing people to give up many luxuries.”