This month, President Xi reaffirmed China’s commitment to the project in a meeting with Egypt's president on the sidelines of a Saudi summit. But that commitment may be tested in the coming months as Egypt’s loans come due. 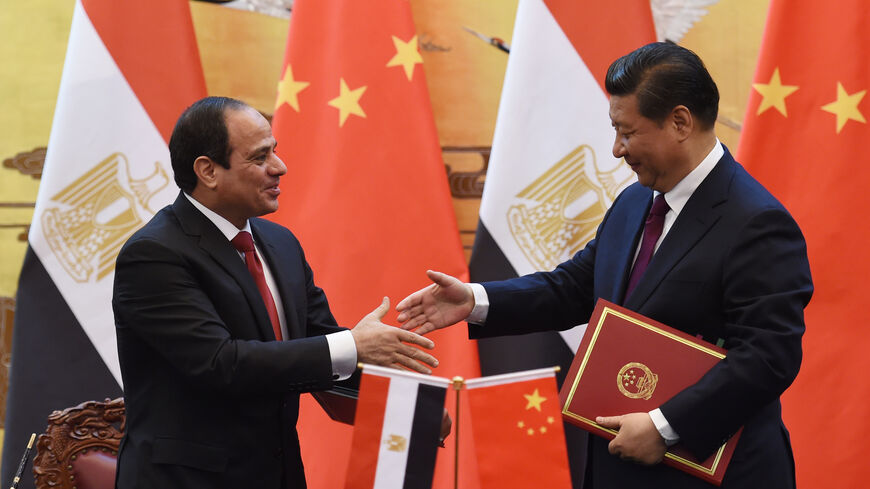 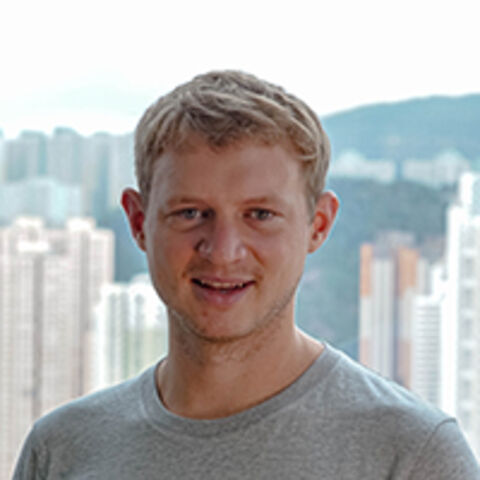 The obelisk-shaped Iconic Tower skyscraper that juts out high above the Egyptian desert 45 kilometers (27 miles) east of the country’s capital, Cairo, is a glistening centerpiece of President Abdel Fattah al-Sisi’s signature new $59 billion New Administrative Capital that will host Egypt’s government offices and eventually aims to house some 5 million residents.

The unfinished building is already the tallest building in Africa and is only one component of a superlative-laden city with grand ambitions. The New Administrative Capital, set to open in mid-2023, will also house the Octagon for Egypt’s armed forces, a complex that is set to surpass the United States' Pentagon in size to be the world’s largest military headquarters in the world. The city will also contain a central park twice the size of New York City’s, the second-biggest mosque in the world (behind Mecca) and the second-largest sports stadium in Africa.

For now, the yet-to-be-named New Administrative Capital is largely as barren as the desert that surrounds it, with only several dozen workers milling around the site and a steady buzz of construction vehicles passing in and out of its gates. The payoff of building the city is also not entirely clear. Despite the grandeur and potential to relieve some congestion in Cairo, detractors say the city is largely a vanity project for Sisi and the benefits of it will not trickle down to the masses most in need.

“Poverty is on the rise, inflation is intense, and instead of really focusing on these more essential issues, we find Egypt spending enormous sums of money on new cities,” says Timothy E. Kaldas, a policy fellow at The Tahrir Institute for Middle East Policy. “I don't understand why it is a priority — other than vanity, of course.”

The construction of the Iconic Tower, and much of the city’s new central business district, has been made possible through Chinese financing and labor. This month, Chinese President Xi Jinping reaffirmed China’s commitment to the project in a meeting with Sisi, according to a Chinese government read-out of the meeting on the sidelines of a China-Arab summit in Riyadh, Saudi Arabia. But that commitment may be tested in the coming months as Egypt’s loans for building the project are coming due and Egypt’s economy appears to be spiraling into a crisis.

Sisi first unveiled his plans for the New Administrative Capital in March 2015, and China was one of the first foreign countries to back the project. That September, the state-owned China State Construction Engineering Corp. signed a deal reportedly worth $15 billion to fund the construction of the Iconic Tower and other buildings in the central business district.

At the time, Xi was fresh off launching his $1 trillion signature foreign policy and infrastructure measure called the Belt and Road Initiative (BRI) and was lavishing tens of billions of dollars on infrastructure projects across the Middle East, Asia and elsewhere.

But by 2017, China was already beginning to rein in its extravagant BRI spending. In 2020, China’s commitment to the project was showing signs of strain, as it appeared to grow skeptical of Egypt’s ability to pay off the loans. The economic conditions for both Egypt and China have only grown more challenging since then.

China’s economy in recent years has been battered by COVID Zero, government crackdowns on tech and property sectors, and a trade war with the United States. Egypt’s economy, meanwhile, appears to be in tatters. Egypt’s external debt has reached an all-time high, and the government is relying on a $3 billion rescue package from the International Monetary Fund (IMF) to help prop up its economy. The value of the Egyptian pound has been in freefall, as the currency has lost nearly 50% in value against the US dollar since the start of this year, which has sparked a gold-buying frenzy among concerned citizens.

“China is probably wary about anything new and big, even in the Egyptian context where they've already sort of sunk their teeth in and have sunk costs,” says John Calabrese, director of the Middle East-Asia Project at the Middle East Studies Institute. “I think there may be some trouble ahead (in the China-Egypt relationship). And I don't think that that's because the relationship itself is inherently troubled. I think it's because Egypt is in a troubled or, some would say, dire economic state.”

China is Egypt’s fourth largest creditor, and Egypt owes China $7.8 billion as of June of this year. But that debt load has not stopped Egypt from pursuing more financing from China. Egypt is currently preparing to obtain $500 million in Chinese yuan-dominated Panda Bonds to help plug a hole in its finances.

“Although part of the funding of Egypt’s administrative capital comes from Chinese investment and high-interest bonds, this year China became cautious in financing Egypt,” says a Chinese professor who has studied the project and wished to remain anonymous to speak candidly. He explained that China limited the amount of Panda Bonds it was issuing due to Egypt’s economic woes. “If the Egyptian debt crisis continues to worsen, China will be more cautious.”

But even if China tightens its purse strings, China has reason to see the New Administrative Capital and other projects to completion.

“China's really focused at the moment on its relationships with the Gulf, and the survival of Egypt economically is important to the Gulf. And that could very well be a factor in China’s thinking,” says James Dorsey, an Adjunct Senior Fellow at Nanyang Technological University’s S. Rajaratnam School of International Studies.

Kaldas pointed out that China is not alone in extending Egypt billions in credit, and Egypt’s creditors, which also include Germany, France and Saudi Arabia, may be calculating that losing out on their investments is a better outcome than seeing Egypt’s economy fail.

“Because all these states have extended so much credit to Egypt, they also have an incentive to try to keep the state afloat,” he says.

There may also be other political reasons why Xi, who is building his own signature administrative capital on the outskirts of Beijing, may be intent on seeing Sisi’s new city succeed.

“There's also another element here of granting one another political cover,” says Dorsey, noting that the two countries keep their respective human rights issues off the table in bilateral talks. “Autocrats of the world unite.”