Vertical farming has great potential to help alleviate rising desertification in the Middle East, which could threaten the region’s food supply in the future. 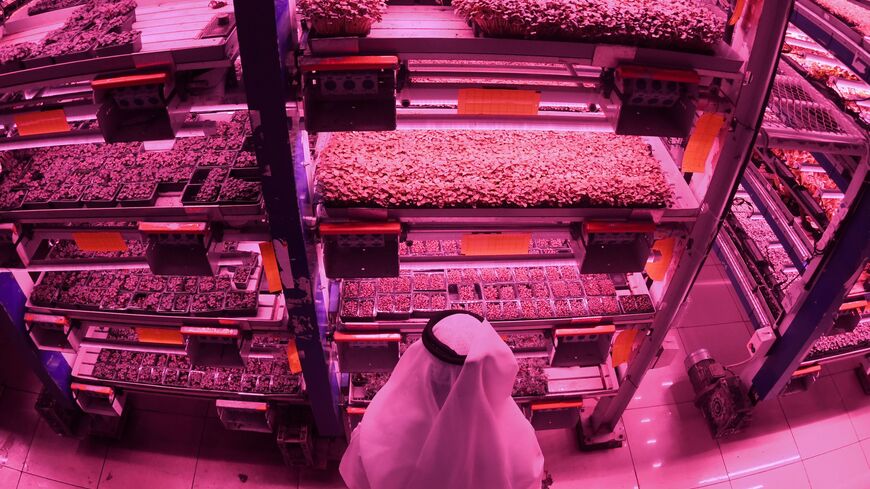 A picture shows the UAE's al-Badia Farms in Dubai, an indoor vertical farm using innovative hydroponic technology to grow fruits and vegetables all year round, on Aug. 4, 2020. The farm uses 90% less water compared to open-field farming. The company's vision is to revolutionize the agricultural industry in the Middle East to provide a solution for the region's food security. - KARIM SAHIB/AFP via Getty Images

The Saudi agriculture technology company Mowreq and YesHealth Group, another agrotech firm based in Taiwan, established a joint venture today to develop a network of vertical farms throughout Saudi Arabia. They will start by building a vertical farm in the capital, Riyadh. The venture, named Vertical Farms Company, aims for the farm to be operational by the fourth quarter of 2023, they said in a press release.

What it means: Vertical farming is the process of growing food in vertically stacked layers in an indoor space. It utilizes technology to grow plants in the air or in water as opposed to soil. Some vertical farms use fish to generate nutrients, while others use solutions containing nutrients. Artificial light is also used instead of sunlight.

Vertical farming aims to address the fact that the world population is growing but arable land is not, thus creating food security concerns.

Saudi Arabia in particular has the necessary capital to invest in vertical farming due to its vast oil wealth.

Saudi Arabia does not have food shortage issues at present, but its war-torn southern neighbor, Yemen, does. The United Nations has been warning for years that many Yemenis live with famine conditions.