Aseer receives the most rainfall in Saudi Arabia and has some tourism potential, but the kingdom is not close to meeting its tourism goals at present. 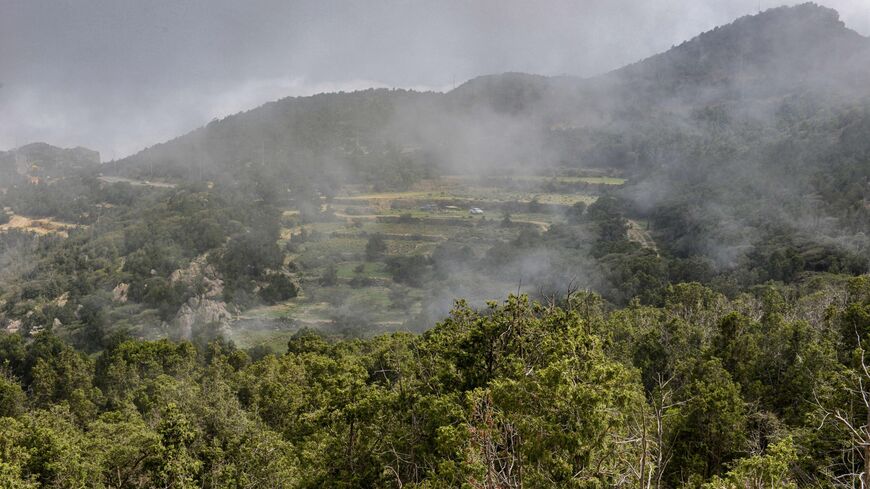 Mist covers the sky at 2,800 meters above sea level at the Jabal Marir park in Saudi Arabia's Asir province on Aug. 16, 2022. As Saudi Arabia swelters in temperatures up to 50 degrees Celsius, some are escaping to the "City of Fog," a mountainous oasis of cool. - SALEH ALJUBAIRI/AFP via Getty Images

Saudi Arabia’s sovereign wealth fund announced Thursday a plan to invest more in the Aseer region in the southwest.

Why it matters: Aseer has some tourism potential. The Aseer mountains are in the area, and the region receives the most rainfall in Saudi Arabia. The Saudi government started its plan to improve infrastructure in Aseer in 2019.

Saudi Arabia is seeking to modernize its economy and reduce dependence on oil per the Vision 2030 initiative. Vision 2030’s target is for tourism to account for 10% of Saudi Arabia’s gross domestic product by that year.

The kingdom has a long way to go. In 2021, tourism amounted to just 2.2% of the Saudi GDP, according to Statista.

The US credit rating agency Fitch released a report last month that predicted Saudi Arabia’s tourism sector will grow, but will fall short of the Vision 2030 targets.

Aseer borders war-torn Yemen, and rockets from the Iran-backed Houthi rebels have hit the region before. Aseer does not usually experience spillover from the conflict, however.

Know more: The Public Investment Fund has unveiled numerous projects in the last few weeks. Here are a few notable ones: