The plant, which will be partially owned by the Saudi sovereign wealth fund, will have more output than other solar energy facilities in the region if all goes to plan. 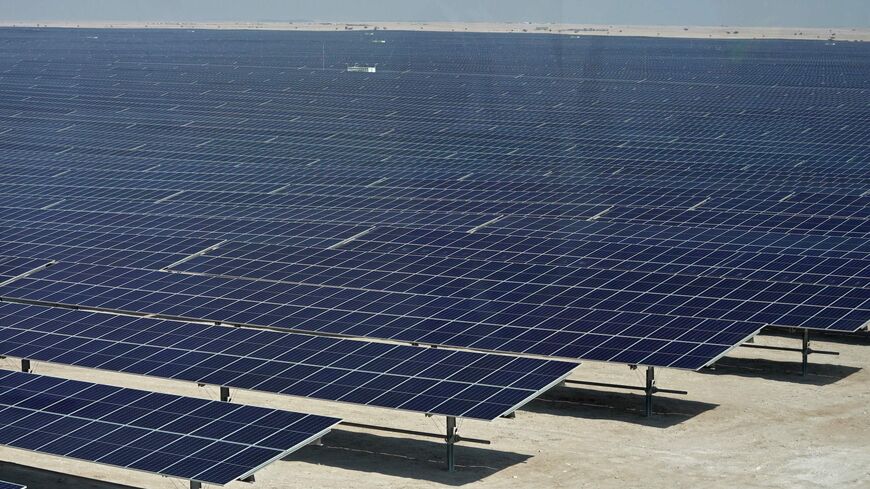 This picture taken on Oct. 18, 2022, shows a view of solar panels at the al-Kharsaah solar power plant in Qatar. - IVAN PISARENKO/AFP via Getty Images

Saudi Arabia is getting a new solar power plant.

The Saudi energy company ACWA Power and the kingdom’s Public Investment Fund will develop and build a 2,060 megawatt solar photovoltaic plant in western Saudi Arabia. ACWA Power and the sovereign wealth fund each own a 50% stake in the project. The plant is expected to be operational by the fourth quarter of 2025, ACWA Power said in a press release.

Why it matters: Solar power is growing in the oil and gas-rich Gulf as regional governments seek to diversify their energy sources. Solar energy is also on the rise in Lebanon, Syria and Iraq, albeit on a smaller scale.

The new Saudi plant will have a larger capacity than other major solar plants in the region. The following is a breakdown of large solar projects in other Middle Eastern countries.

Qatar: The Al Kharsaah solar power plant was inaugurated last month and has an 800 megawatt capacity.

United Arab Emirates: The Shams solar field was launched in 2013 and has a capacity of 100 megawatts.

Egypt: The Benban solar power plant near the Aswan dam was inaugurated in 2019. Its capacity is 2,000 megawatts.