The project is one of many that Emirati entities have announced this year. Egypt could benefit from more renewable energy, but already has some solar and wind plants in the country. 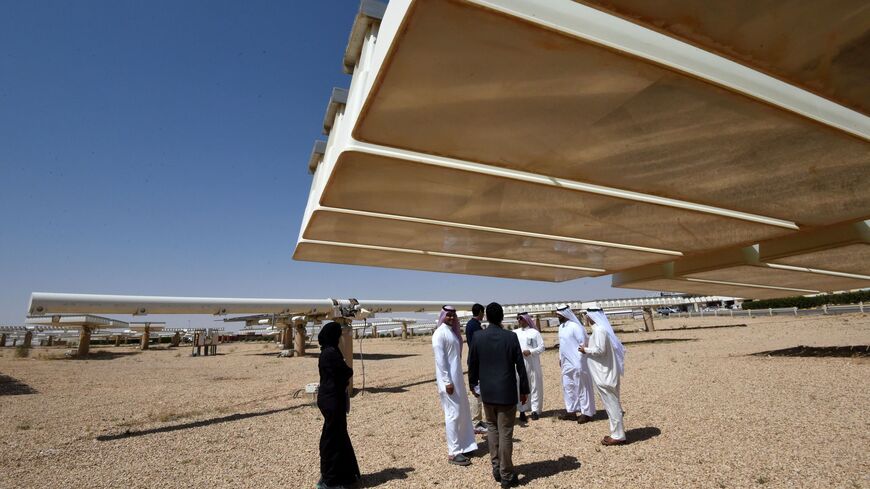 A general view shows the solar plant in Uyayna, north of Riyadh, on March 29, 2018. - FAYEZ NURELDINE/AFP via Getty Images

Another Emirati renewable energy project was announced in Egypt today.

The Dubai-based AMEA Power has finalized its recently announced solar and wind projects in Egypt. Each project will deliver 500 megawatts of power and the total investment amounts to $1.1 billion, AMEA Power said in a press release.

Why it matters: Many renewable energy projects are coming out of the United Arab Emirates these days as the Gulf state seeks to diversify its economy. About a third of the UAE economy is based on oil and gas. The following is a list of notable wind and solar energy projects from Emirati entities this year:

Know more: Egypt has a few incentives to boost its renewable energy capabilities. The Egyptian government announced an electricity consumption reduction plan this summer in a bid to boost gas exports. Egypt has also experienced some power cuts in recent years, and is seeking to obtain more electricity from Saudi Arabia. Fuel prices in Egypt have also risen this year.

Egypt has some wind farms already, including those in Ras Ghareb and West Bakr. Egypt also has solar power plants, the biggest of which is the 2,000-megawatt Benban plant.