Two Egyptian girls have been found killed in the Kurdish-run Al-Hol camp that holds many Islamic State fighters and their relatives in northeastern Syria. 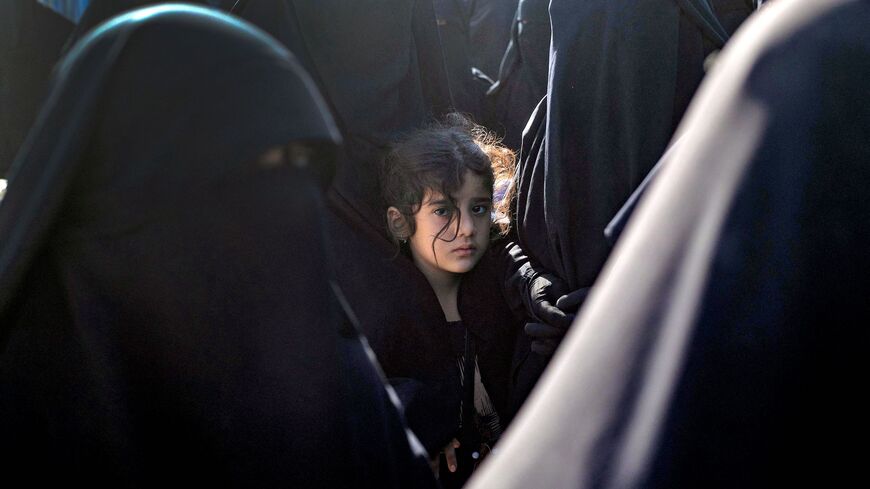 A picture shows the Kurdish-run al-Hol camp, which holds relatives of suspected Islamic State fighters in the northeastern Hasakeh governorate, during a security operation by the Kurdish Asayish security forces and the special forces of the Syrian Democratic Forces on Aug. 26, 2022. - DELIL SOULEIMAN/AFP via Getty Images

Al-Hol camp in northeast Syria's Hasakah province houses more than 65,000 people including around 20,000 children. The majority are women, wives and widows of IS fighters. Several foreign countries have refused to repatriate their nationals held in the camp.

An additional 2,000 women from 57 countries and their approximately 8,000 children are placed in a separate, heavily guarded section of the camp known as the Annex.

The Syrian Observatory for Human Rights, a British-based monitoring group, reported Nov. 16 that security forces affiliated with the Kurdish-led Autonomous Administration of North and East Syria found the bodies of two girls in the sewers of al-Hol camp.

According to the group, “The two bodies that were found belonged to two minors of Egyptian nationality who went missing and were found killed with a sharp object within the immigrants' section of the camp.”

A camp resident called Umm Mariam told Al-Monitor via WhatsApp, “The girls were killed after they refused to wear the Islamic veil. It looks like they were sexually assaulted before the killing. In the camp, there are extremist women who force other women to adhere to the hijab and to refrain from mingling with men, and anyone who deviates from such orders is reprimanded, killed or isolated. Most of the extremist women are Tunisian, Iraqi, Uzbek, and Turkestan, though there are also Syrian women who are very radical.”

She added, “The IS women have set up courts inside the camp to prosecute women who deviate from the teachings of IS, and the court is supervised by Umm Hajar al-Iraqiya, who previously worked in IS’ Hisba apparatus,” which was IS' morality police.

She went on, “Women in the camp are often killed because of their violations of IS’ teachings. But some are killed for other reasons, while others, including men and children, are killed over suspicions of working for the SDF and the international coalition. Also, a number of camp guards affiliated with the SDF have been killed, along with men who openly cooperated with the SDF.”

Hammam Issa, a Syrian journalist in Idlib, told Al-Monitor, “Al-Hol camp is a source of funding for IS, which smuggles women out of it in exchange for money." He said some women also receive money from relatives outside via SDF agents who take a cut and give a portion to IS.

Issa added, “IS uses the money to arm women and have them carry out operations inside the camp. Each time the SDF conducts mass arrests and raids inside the camp, IS cells outside the camp target SDF forces in revenge."

He said, "Meanwhile, children continue to be trapped in al-Hol camp under miserable conditions. The longer they stay there, the greater the risks of these children being killed or recruited by IS.”