Leaders of the LGBTQ communities are afraid that the religious partners of Prime Minister-to-be Benjamin Netanyahu will curtail the rights achieved after long battles and campaigns. 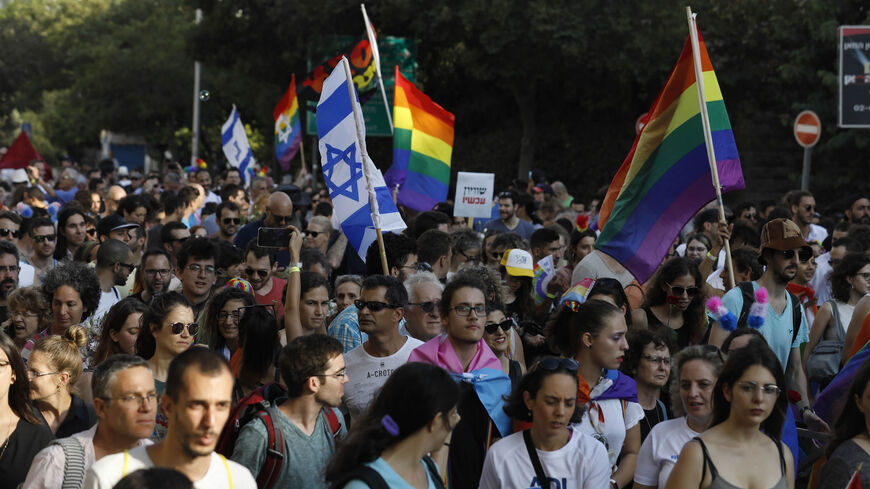 TEL AVIV — Prime Minister-to-be Benjamin Netanyahu was quick to issue last week reassuring messages to members of the LGBTQ communities in Israel. An unnamed associate of his said that these members would enjoy the same rights they have had until now, including the right to hold annual gay pride parades.

Netanyahu was responding to comments by the chair of the homophobic Noam party Avi Maoz, soon to be a member of Netanyahu’s ruling coalition. Shortly after the elections, Maoz said in several interviews that his party would examine legal options for canceling the gay pride parades. “We will start with Jerusalem. After that, we will see about Tel Aviv,” he told one interviewer.

Noam, a tiny party located at the extreme religious end of the spectrum, espouses so-called family values. Its spiritual leader, Rabbi Zvi Tau, has labeled members of the LGBTQ communities as “deviants” and “miserable people.” Maoz had obtained an entree into the Knesset as part of a far-right alliance.

Maoz’s comments raised concerns among Israel’s gay community, intensified by the ultra-religious and ultranationalist makeup of the 6th Netanyahu government in which his right-wing Likud party is the most moderate component.

“We will not allow any setbacks,” said Hila Peer, chair of the Association for LGBTQ Equality, adding that any attempt to undermine the movement’s hard-won achievements would prompt protests by a large, united community.

"Retched homophobes. Anyone who tries to reverse the revolutions that we have carried out regarding equality for the gay community, putting us back into the closet and depriving us of our rights, will come up against a wall, a fight the likes of which has not yet been seen,” tweeted outgoing Health Minister Nitzan Horowitz, former chair of the left-wing Meretz party and a veteran gay activist.

Ultra-Orthodox parties and Likud party representatives tried reassuring that the next government has no intention of damaging LGBTQ rights. Yitzhak Wasserlauf, an incoming Knesset member in the ultranationalist Jewish Power party, said that while he personally opposes gay pride parades, he would not move to stop them.

Does the community then have real cause for concern?

The Likud, which has 32 seats in the incoming Knesset, is not a religious party. The first gay pride parade was held in Tel Aviv in 1998 during Netanyahu’s first term as prime minister. He has since led four governments, between 2009 and 2021, often with ultra-Orthodox parties in his coalition, but the rights and freedom of the LGBTQ communities were not undermined. Netanyahu, in fact, appointed Israel’s first ever openly homosexual Cabinet Minister Amir Ohana, who served as justice minister and minister of public security. Ohana is considered one of the most popular Likud Knesset members and enjoys warm ties with ultra-Orthodox colleagues.

Israel is also a mecca for international gay tourists. Israel’s LGBTQ communities are considered highly influential in the media and the high-tech arena, and openly gay soldiers have been promoted in the military, as well. The outgoing military advocate general and current deputy attorney general in the Ministry of Justice, Maj. Gen. Sharon Afek, is a declared gay man.

Nonetheless, full equality is far, especially on matters relating to family law. In all likelihood, the next government will not turn back on LGBTQ rights, but will also not advance any further such legislation. More so, the current parliament is more conservative, more religious and much less diverse than the former one. Only three openly gay people will serve this time around in the Knesset, with only one of them (Ohana) as a member of the coalition. No representatives of any other LGBTQ group will serve in the 25th Knesset.