Looking back, Prime Minister Yair Lapid did not really do whatever was needed to consolidate the center-left camp and prepare it for the elections. 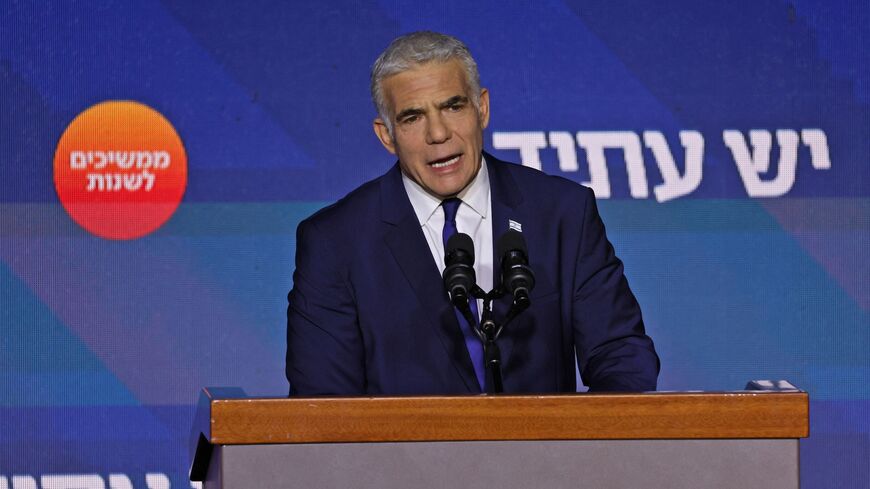 Israel’s Central Election Committee finished counting 95% of the votes. This evening it will start examining the other 5%, which includes the votes of soldiers, diplomats and prisoners, and votes contested for one reason or another.

It took a historic coalition of parties from the left and the right with the unprecedented addition of an Arab party to dislodge former Prime Minister Benjamin Netanyahu from office in June 2021. Now, Netanyahu has made a comeback and will soon be returning to the Prime Minister’s Office as the winner of the latest election.

Supporters of the Bennett-Lapid government woke up on Nov. 2 to a radically different world than the one that they were accustomed to. Not only was the government they controlled for the past year and a half taken from them by a right-wing, ultra-Orthodox coalition, but the way things look now, the old, established Meretz Party so identified with the Israeli left failed to pass the electoral threshold. Without a last-minute miracle, the party that fought the occupation for decades will now vanish from the political map.

Fingers at the center-left camp are pointed today at Lapid, blaming him for the failure of the entire camp. He failed to unite the party around him and bring about the merger of the Meretz and Labor parties, as Netanyahu did with Religious Zionism and the extremist Jewish Power. Had he done that, Meretz would have perhaps been spared its ignominious defeat, and the liberal-left bloc would have minimized the damage from its defeat.

Lapid also avoided any efforts to bridge the differences between the three Arab parties, which ultimately caused them to lose much of their strength. Although he needed them to form a coalition, he insisted on distancing himself from Hadash-Ta’al and the extremist Balad party so as not to estrange his own voters.

Then, we have the ultra-Orthodox. Finance Minister Avigdor Liberman promoted taxes and other economic measures, which made their lives more difficult. Transportation Minister Merav Michaeli tried to push forward with public transportation on the Sabbath. And so, instead of attempting to draw closer to the ultra-Orthodox, the Lapid government did the exact opposite, leaving an entire sector feeling shamed and — worse — targeted.

The fact that an Arab party, Mansour Abbas’ Ra’am, had joined the coalition, especially after Operation Guardian of the Walls, was hard for the right to accept. Even the more moderate right had problems with it. They could not accept the fact that a government in the Jewish State would rely on a non-Zionist Arab party.

Contrary to Lapid, Netanyahu knew how to use his energy to his own advantage. He united the right-wing and ultra-Orthodox parties around him and did everything to challenge the coalition.

Netanyahu was not alone in his efforts. His partners also campaigned fiercely. We already mentioned the unification of Religious Zionism and Jewish Power. The leader of the latter, Itamar Ben-Gvir, has become the star of Israeli politics and is credited with the amazing score registered of either 14 or 15 Knesset seats. The ultra-Orthodox Shas Party also worked hard during the election campaign, garnering a score even it did not expect of 10 Knesset seats.

Now Lapid is poised to replace Netanyahu as leader of the opposition. Having suffered a devasting blow, he will have to rebuild and rebrand himself as a leader and unite his camp around himself. But this won’t be easy. National Union party head Benny Gantz, for instance, has little admiration for Lapid.