Iran is opening offices for its oil ministries in several Iraqi cities to expand cooperation in oil, gas and other energy sectors. 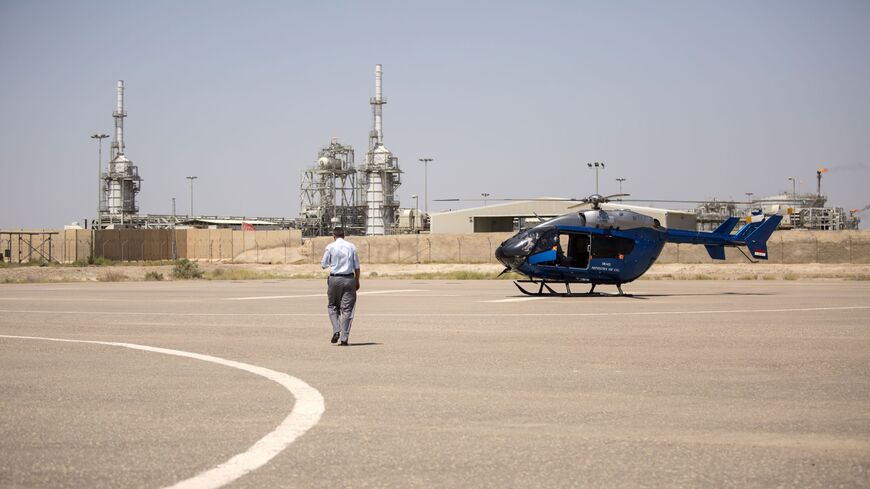 A picture taken on July 15, 2019 shows a partial view of the massive Majnoon oil field, some 40 kms from the eastern border with Iran, north of the Iraqi city of Basra. - HUSSEIN FALEH/AFP via Getty Images

The Iranian oil ministry has opened an office in Baghdad to expand the energy cooperation between the two countries.

“The Baghdad office will manage all other offices that the ministry is planning to open in the near future,” said Sayyed Abbas Beheshti, head of the ministry's Iraq desk, which also plans to open offices in Basra and Kurdistan.

Per his arrival to Baghdad today, Sudani twitted "We finished our visit to the Islamic Republic of Iran. We had serious discussions with the leadership there, led by His Eminence Mr. @ar_khamenei. We look forward to more bilateral cooperation in order to move forward in the files of security, economy, culture and religious tourism."

The current Iranian government of president Ebrahim Raisi priorities regional cooperation. Many Iranian ministries have opened a special desk for Iraq and some other neighboring countries.

The majority of Iraq and Iran's trade is in the energy sector. Iraq imports up to 40 million cubic meters of gas from Iran, which provides about 50 percent of Iraq's electricity production.

Iranian gas is transferred to Iraq through two pipelines, in the south in Basra-Shalamcheh border and in the middle in Naft Khaneh. The two pipelines can transfer up to 70 million cubic meters to Iraq, but Iran is not able to provide this amount because of Western sanctions.

A source in Iraq's oil ministry told Al-Monitor that the two countries have been working recently on a gas swap with Turkmenistan, under which Turkmen gas would be used in northern Iran and Iran in turn would provide the same additional amount of gas to Iraq.

Iran also exports electricity to Iraq, and the Iranian-based MAPNA company contributes electricity in Iraq through a generator in Ramileh in southern Basra.

Iran and Iraq also have several shared oil fields, mostly in the southern region, which requires cooperation between the two countries. Iraq enjoys an upper hand in using these fields due to the sanctions on Iran.

Iran's oil ministry is also interested in building refineries and generators with Iraq, but little has been achieved so far. The new offices will work on this process as well, according to a source in Iran’s oil ministry who spoke on condition of anonymity.

Iran also helps to sell its oil through Iraq as a method of circumventing the sanctions. This has happened several times in the past and it might resume and even expand, especially under Iraqi new government which is formed by mostly Iran-backed groups and militias.