Inflation is rampant in Turkey, but Turkey's Central Bank stubbornly continues to cut interest rates under pressure from President Erdogan. 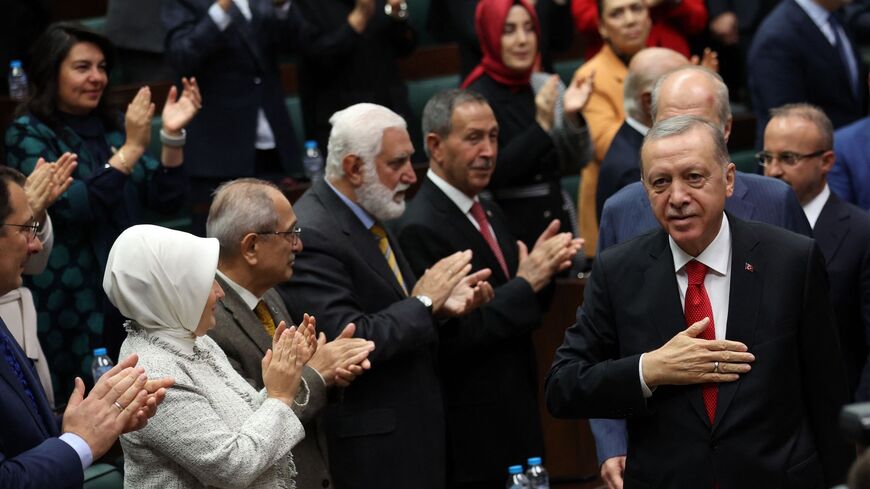 The International Monetary Fund announced its most recent findings on Turkey today, and urged the country's Central Bank to raise interest rates.

The US-based financial institution sent a delegation to Ankara and Istanbul in October, meeting with people in both the private and public sectors. The IMF said that Turkey’s inflation and the depreciation of the local currency could be alleviated by higher interest rates.

“Policy rate cuts in late 2021 added to existing vulnerabilities and were followed by lira depreciation and high inflation," said the IMF in a press release. “The mission recommended early policy rate hikes accompanied by moves to strengthen the central bank’s independence. Such moves would help reduce inflation more durably.”

The IMF’s outlook was not entirely negative. The report also said the Turkish economy recovered well from the COVID-19 pandemic, reading, “Growth rebounded strongly from the initial impact of the pandemic, reflecting a dynamic private sector and stimulative policies.”

Why it matters: Inflation has been skyrocketing in Turkey all year. Inflation hit 85.5% this month, though some observers believe the government is concealing the actual level of price increases. Food prices in particular are on the rise.

Many central banks in the region have been raising interest rates this year, which is the conventional strategy financial institutions deploy to reduce inflation. Turkish President Recep Tayyip Erdogan, however, holds the unorthodox belief that lower interest rates lead to lower inflation. Erdogan specifically wants to lower rates so that exports can stimulate domestic economic growth.

In August, the Turkish Central Bank cut rates from 14% to 13%. A month later, the bank slashed rates again to 12%.

Making things worse, the Turkish lira has depreciated against the dollar considerably this year. One dollar equaled around 13 lira at the start of the year. The current rate is about 18 liras to the dollar.

What’s next: The IMF will prepare a broader report on the Turkish economy in a few weeks, according to the release.

The IMF is not the only institution to hold a bearish outlook on Turkey. In June, the credit rating agency S&P Global called Turkey vulnerable to a liquidity crunch.