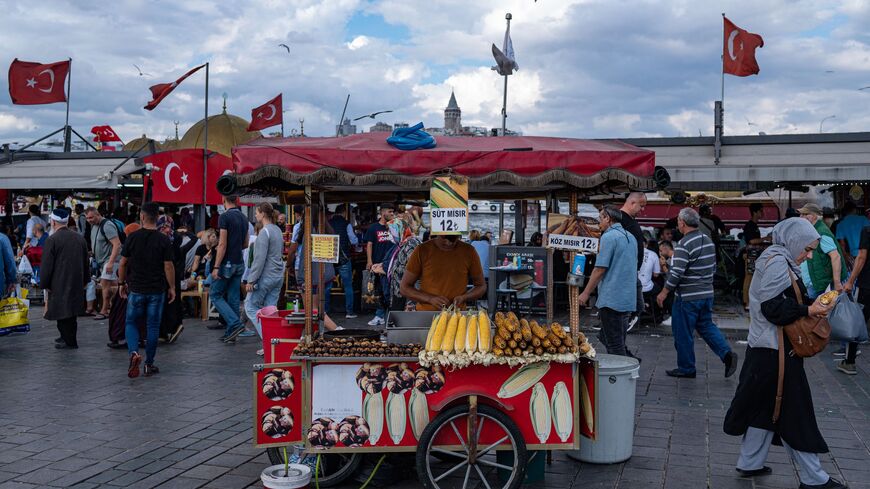 A corn vendor waits for customers on a street in Istanbul on Sept. 6, 2022, as Turkey's economy is suffering its biggest economic crisis in decades ahead of one of the toughest elections of President Recep Tayyip Erdogan's rule. - YASIN AKGUL/AFP via Getty Images

Turkey cut interest rates again today, despite the extremely high level of inflation in the country.

What happened: The Turkish Central Bank cut its one-week repo auction rate 100 basis points from 13% to 12%, according to a press release.

The central bank noted rising inflation worldwide in the statement, underscoring rising energy and food costs. The bank attributed this to “geopolitical developments,” which is an apparent reference to fallout of the war in Ukraine. The bank added that Turkish economic growth was “strong” during the first half of the year and that they expect inflation to fall based on its previous interventions.

Why it matters: Inflation has been skyrocketing in Turkey for months, exceeding 80% recently. Though the economy is growing, poverty is worsening and the lira is also dropping in value. The lira fell to a new record low of 18.38 against the US dollar earlier today in anticipation of the central bank's announcement.

Turkey held interest rates constant for much of the year before deciding to cut them in August.