Backlash against the mayor of Hebron's statements about killing stray dogs prompted him to retract his decision. 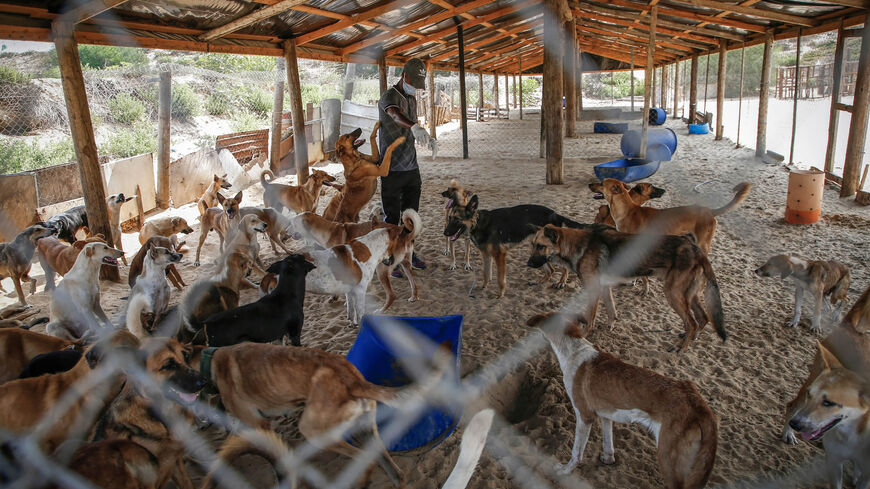 RAMALLAH, West Bank — The Palestinian mayor of the southern West Bank city of Hebron, Tayseer Abu Sneineh, announced during an interview on a local radio station Nov. 2 that he would offer 20 Israeli shekels ($5.85) to anyone who captures or kills a stray dog, in an effort to decrease the number of strays in the city.

Abu Sneineh’s announcement sparked widespread criticism among citizens, as well as animal welfare associations, that called for finding more merciful ways to deal with animals instead of killing them.

Several municipalities in the West Bank resort to killing stray dogs by shooting or poisoning them, while other local authorities, such as the Ramallah municipality, catch dogs in cages without hurting them in order to neuter them.

The difference among the local authorities in dealing with stray animals is due to the ambiguity in the wording of Article 15, Item 24 of the Palestinian Local Authorities Law, defining the functions and powers of the municipal councils in the West Bank. Item 24 stipulates that local councils are in charge of “monitoring stray dogs, regulating the acquisition of dogs, preventing any dangers ensuing from dogs and getting rid of stray or rabid dogs.”

Shortly after Abu Sneineh’s announcement, several youth in Hebron launched a campaign against killing dogs, distributing leaflets across the city calling for citizens to have mercy on dogs, and organizing awareness-raising workshops and lectures for students. They also urged the authorities to find a solution to the phenomenon of stray dogs in line with Islamic and humanitarian values, and demanded the mayor to apologize.

The backlash prompted Abu Sneineh to retract his decision. In another interview with Ashams Radio Nov. 6, Abu Sneineh explained that he only aimed to bring up the issue of stray dogs to find solutions to this disturbing phenomenon in the city.

He said that several parties had contacted him and made good suggestions, which would be studied, to eliminate the danger posed by stray dogs to children and women in particular, stressing that he has been in touch with the Ministry of Local Government to find appropriate mechanisms to shelter these stray dogs.

Representatives of the Palestinian Animal League (PAL) and the Independent Commission for Human Rights met Nov. 7 with the Hebron municipality to discuss solutions in regard to the phenomenon of stray dogs, aside from killing them or granting citizens the right to take matters into their own hands. The municipality stressed during the meeting that it had not issued any official decision regarding dealing with stray dogs, in reference to Abu Sneineh’s bounty, Ahmed Safi, PAL executive director, told Al-Monitor.

He pointed out that all parties attending the meeting agreed on the need to raise awareness about animal welfare in Hebron, and to stress that whoever kills dogs or causes any harm to animals would be subject to legal accountability.

PAL suggested during the meeting neutering stray dogs as a humanitarian solution to the problem of strays in the city of Hebron and its suburbs. It would work alongside the municipality to take the necessary steps in this regard as soon as possible, Safi explained.

He added that they also discussed mechanisms to treat the waste of restaurants, butcheries and poultry shops that attract stray dogs, which the municipality promised to implement, in addition to organizing an awareness campaign for the general public, to inform them of the decision to neuter stray dogs instead of killing them.