Israel offered Egypt to develop rice cultivation using the latest technologies and curb the water shortage crisis in Cairo, within the framework of the two countries’ efforts to increase trade exchange. 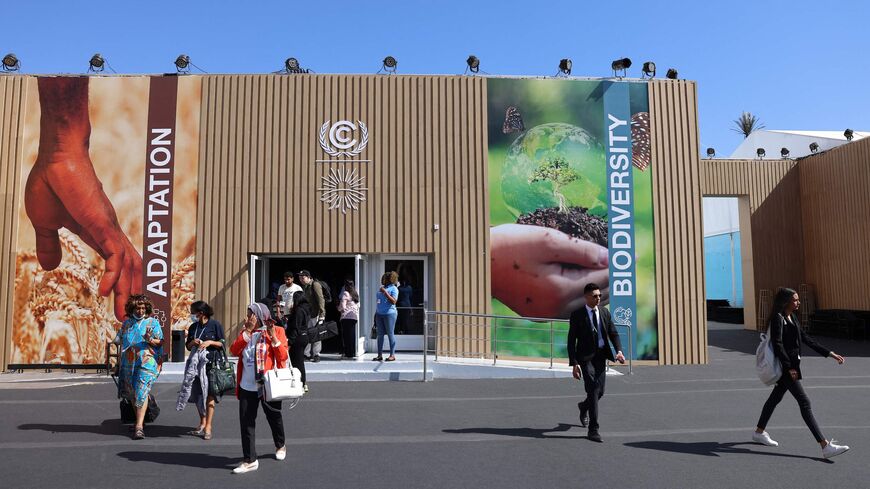 CAIRO, Egypt  — Taking advantage of the 2022 United Nations Climate Change Conference (COP27) hosted by Egypt in the Red Sea resort city of Sharm el-Sheikh Nov. 6-18, Israel and Egypt seem to be considering different ways to promote cooperation in technology and investments, while increasing their trade exchange.

According to an Israeli diplomat who spoke to Israel’s I24 news channel on the sidelines of the COP27, Israel’s offer came within the framework of Israeli efforts to market its technologically advanced agricultural companies and expand their activities in Egypt amid the country’s water crisis.

Israeli Ambassador to Egypt Amira Oron said on Nov. 15 that more than 100 Israeli businessmen were visiting Sharm el-Sheikh to discuss investments in the energy, water and food sectors, and to present Israeli technology and discuss global climate challenges.

Egypt and Israel are reportedly working to increase trade exchange to $700 million by 2025. According to Israeli media outlets, Tel Aviv and Cairo seek to strengthen economic relations and hope to reach $700 million in annual bilateral trade in the coming three years — an increase of more than $300 million compared to 2022.

The Israeli media reports indicated that the two countries are set to develop the Nitzana border crossing as a regional logistics center and joint work area.

Salah Abdullah, a former member of the Egyptian parliament’s Foreign Relations Committee, said that efforts to increase trade exchange between Egypt and Israel are essential for the two countries at all levels, especially at the political level.

“These efforts are supported by the United States and strengthen the two countries’ political influence in the region while maintaining Cairo’s pivotal role in reviving the peace negotiations between Palestine and Israel,” Abdullah told Al-Monitor. “This is in addition to the economic benefits for both sides.”

“The Egyptian-Israeli relations are at their strongest now since the signing of the 1979 peace agreement. The two countries signed (in June) the gas export agreement. This is not to mention the unprecedented efforts to launch direct flights between Sharm el-Sheikh and Tel Aviv in a bid to stimulate tourism. All these efforts are to increase trade exchange and boost the political and economic relations between the two countries,” he added.

Adel Amer, head of the Egyptian Center for Economic Studies, believes that Israel is the biggest beneficiary of the increase in trade exchange with Egypt.

“The door to foreign investments (inside Egypt) is wide open to all businessmen across the world, including Israelis. They can tap into the large investment opportunities available in Egypt. One should also not forget Cairo’s pivotal location and its essential position in the Middle East and the African continent, which is a large market for global trade,” Amer told Al-Monitor.

The Egyptian government has yet to make an official response to the Israeli offer in agriculture.

A source in the Egyptian Ministry of Agriculture, however, told Al-Monitor on condition of anonymity that “Egypt is open to all offers, taking all of them into consideration to choose what suits it best and what could contribute to the agricultural sector’s development, which has been attracting investors over the past eight years.”

Magdy Malak, a member of the Agriculture and Irrigation Committee in Egypt's parliament, seems to concur.

He told Al-Monitor that Egypt has research centers considered among the largest in the world as well as highly professional experts in the agricultural field.

“The only problem is that the budget allocated to these centers is not enough and thus hinders their work. But they are being patient, as it takes some time to start reaping the benefits from these projects,” he said.

“Egypt is cooperating with the largest countries in the field of agricultural research, such as the Netherlands, Germany and the United States. It is open to all countries, including Israel, to see which projects are best in line with its vision,” Malak explained.

He added, “Over the past years, Egypt made great strides in achieving food security, reducing the food gap resulting from population growth and working on facing the water shortage crisis.”

“Egypt actually needs to cultivate up to 1.4 million acres of rice to achieve local self-sufficiency despite the water shortage crisis, while the currently cultivated areas are at 1 million acres only. To compensate for this shortage, Cairo imports from India and Pakistan,” he told Al-Monitor.