Despite the highest inflation in 24 years, Turkey’s Central Bank has made its third interest cut ahead of elections next June. 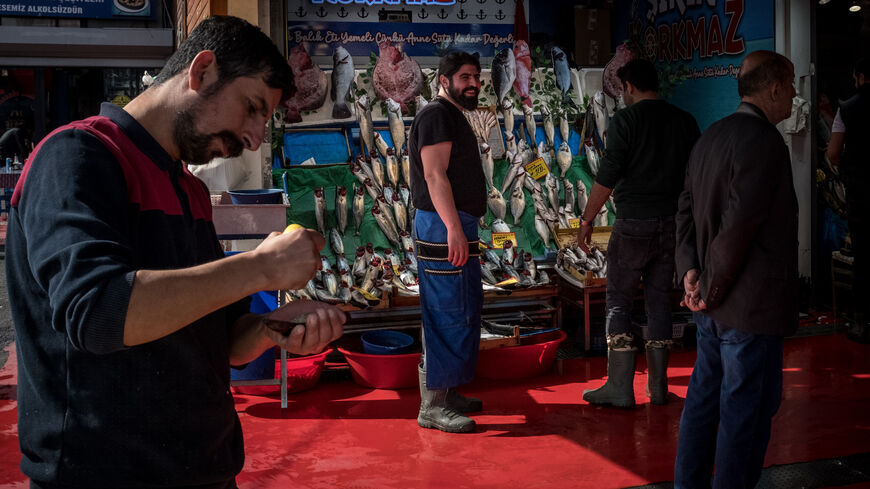 Erdogan, stubborn in his unorthodox belief that high interest rates cause inflation, has sacked a steady stream of finance ministers, including his son-in-law,  and Central Bank governors since 2015 for not joining what he calls his battle against interest rates. But even his staunchest supporters have started grumbling about his election-focused economic policies, including the constant debate on interest rates.

The Central Bank has made seven interest rate cuts since last year, including two consecutive cuts by knocking off 100 basis points in August and September. Today’s cut, larger than expected, comes amid an inflation rate of  83.45% in official September statistics  — 17 times worse than the bank’s initial annual forecast — and a 28% loss in the Turkish lira’s value against the greenback.

The Central Bank announced Thursday that it would make further cuts in November. “The Committee evaluated taking a similar step in the following meeting and ending the rate cut cycle,” its statement read, pledging to “use all available instruments until strong indicators point to a permanent fall in inflation and the medium-term 5 percent target is achieved in pursuit of the primary objective of price stability.”

Most analysts predict inflation to worsen. Meeting Erdogan’s goal of a single-digit interest rate “may be the only target the Central Bank meets this year,” said Turkey analyst at Bloomberg Selva Bahar Baziki, one of the economists who foresaw the magnitude of the cut.

The Central Bank maintained that the increase in inflation was driven by “the lagged and indirect effects of rising energy costs resulting from geopolitical developments” and “strong negative supply shocks caused by the rise in global energy, food and agricultural commodity prices.”

The committee “expects the disinflation process to start on the back of measures taken” and decisively implemented to strengthen sustainable price and financial stability along with the resolution of the ongoing regional conflict. The Turkish lira had already started spiraling and the inflation rate in Turkey was around 36%, the highest under Erdogan’s rule, before the outbreak of the Ukraine crisis in February.

Though Erdogan’s gamble of cutting interest rates had been on Turkey’s agenda since 2021, the president doubled down as Turkey entered the electoral cycle.

"My biggest battle is against interest. We lowered the interest rate to 12%. It is not enough. We discussed this with our Central Bank. I suggested the need for this to come down further in upcoming monetary policy committee meetings," Erdogan said in September. Earlier this month, he pledged that the cuts would continue as long as he remained in office.

Finance Minister Nureddin Nebati defended the government’s economic policy earlier this month to local and international business circles, claiming that Turkey was putting aside "orthodox policies" and charting its own “heterodox” course. Brushing aside claims that most central banks around the world raised their rates to target soaring inflation, Nebati, often caricatured in the media as a starry-eyed optimist blissfully unaware of the Turks’ economic woes and increasing poverty, said that Turkey was following its own path, not a “path drawn for Turkey by others.”

With elections looming in June, Erdogan’s government is likely to go on a pre-election spending spree. In September, he unveiled a major housing project to provide affordable homes to half a million families. Earlier this week, he launched an employment plan with the science fiction-worthy name E-Human Project to increase the employability and salaries of Turks, particularly young people who are looking for internships or their first jobs.

"Erdogan's economic re-election strategy is clear," BlueBay Asset Management analyst Timothy Ash told AFP. "Use money from Russia and [the] Gulf to fund FX intervention to defend the lira, cut policy rates as far as possible to get credit and growth going."

But it may not be a smooth ride. Following the European Union’s warning to Turkey on its growing economic links with Russia last week, a senior US Treasury official arrived in Turkey this week to discuss sanctions and export controls imposed on Russia.

Elizabeth Rosenberg, the assistant US secretary for terrorist financing and financial crimes, met with officials from the Ministry of Finance and the Ministry of Foreign Affairs, representatives from the private financial and commercial sectors, academics and members of civil society. “These meetings affirmed the importance of close partnership between the United States and Türkiye in addressing the risks caused by sanctions evasion and other illicit financial activities,” a Treasury statement read.