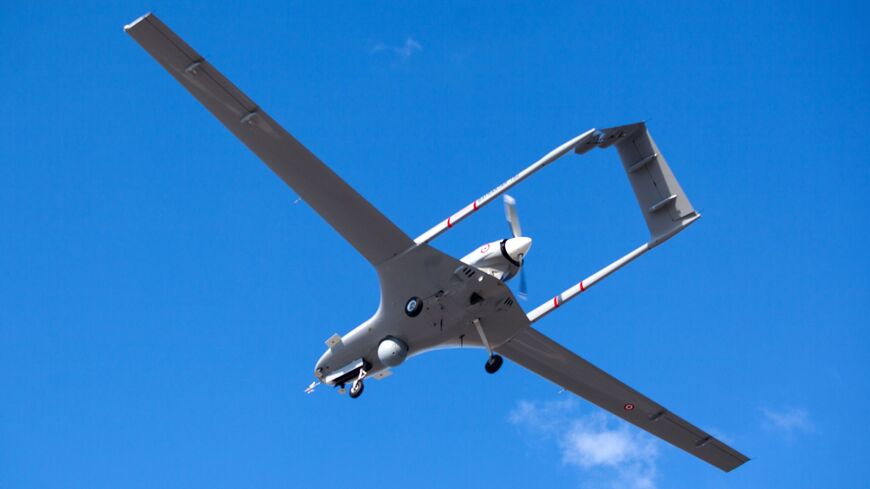 Turkish Defense Minister Hulusi Akar and Abdul Hamid Dbeibah, the head of the interim government in Tripoli, signed two military deals in Istanbul on Oct. 25. Only three days before, Aguila Saleh, the speaker of the eastern-based parliament, and Khaled al-Mishri, the head of the Tripoli-based High Council of State, had agreed to take steps to unify Libya’s two rival governments and resume dialogue on holding elections.

Dbeibah rejected the agreement as a “parallel path,” fanning the tensions. In a fresh bid at mediation, Turkey invited Dbeibah and Fathi Bashagha – the parliament-appointed prime minister – to Istanbul. Turkish officials were reportedly mulling formulas such as Bashagha becoming Dbeibah’s deputy or the two serving as premiers on a rotating basis. But before any word on the outcome of the meetings, news broke of Akar and Dbeibah inking military deals after touring a defense industry fair.

One of the deals is a follow-up to the military cooperation accord that Ankara signed in 2019 with Tripoli, which at the time was facing an assault by the eastern forces of Khalifa Hifter. The second one aims to bolster Libya’s defense capabilities. According to Dbeibah’s spokesman, the two sides have agreed to cooperate on military equipment, border security, organized crime and terrorism, and creating a military cooperation committee. More specifically, the deal involves training programs for military aircraft and helicopter pilots.

The deals, many believe, lay the ground for Turkey’s sale of Bayraktar combat drones to Dbeibah’s administration. Libyan media had previously reported that Dbeibah had established a drone unit and was seeking to acquire Bayraktars. At the fair in Istanbul, Dbeibah met with managers of Baykar, the company manufacturing the Bayraktars, and posed for pictures in front of the new model of their Akinci drone. An Istanbul-based Libyan news site claimed the deal involves Tripoli’s purchase of 70 Akinci drones and other military equipment.

The Turkish military had used its own drones to help Tripoli push back Hifter’s forces.

Earlier this month, high-profile Turkish officials traveled to Tripoli to sign a deal on oil and gas exploration in Mediterranean waters that Ankara and Tripoli claimed as exclusive economic zones in a controversial 2019 accord. The deal followed a failed Turkish attempt in September to reconcile Dbeibah and Bashagha.

Ankara’s deals with Tripoli have inflamed Libya’s internal rift. The Saleh-led House of Representatives and the High Council of State say Dbeibah’s mandate ended in December 2021, when Libya planned to hold elections but failed; hence, the deals he has signed are null and void.

Libya expert Jalel Harchaoui believes Ankara “exploited Dbeibah’s growing dependence on Turkey” after its role in preventing the Bashagha camp from entering Tripoli to seize power in August. “Having made no significant deals with Ankara during his official tenure, Dbeibah quickly gifted strategic agreements to Turkey when his legitimacy became questionable at home and abroad,” Harchaoui told Al-Monitor.

He called the trend “unsustainable and worrisome,” underscoring the lack of transparency on the number and cost of the drones Dbeibah plans to buy.

As for Turkey, its “ambitious and selfish attitude in Libya is assuredly shocking to many,” Harchaoui said. Nevertheless, he added, “Washington has remained silent about it. This American softness makes it easier for Turkey to continue pushing its own interests in Libya, ignoring the UN and other international peacemaking efforts.”

Asked whether Dbeibah can guarantee Turkey's interests in Libya, Harchaoui recalled that Ankara has sought contact with Dbeibah’s eastern rivals. Ankara cannot afford to ignore the east because of economic reasons, he said, adding, “Turkish companies are still chasing more than $15 billion in claims. The Dbeibah government has delivered little of that amount so far, and cannot do much more in the near future.”

He continued, “If Ankara confines itself to protecting and satisfying Dbeibah, a leader who controls only a minuscule part of Libya, it will never achieve its economic goals. Fully aware of this, the Turks have made great efforts talking directly to Bashagha and Saleh. Turkey’s economic ambitions in Libya can only be realized if Ankara somehow finds a way of partnering up with Dbeibah’s enemies, including Hifter and his sons. Turkey may or may not succeed, but its strategy is not simplistic.”

Pointing to a pitfall of increased interdependence, Harchaoui said, “By being so pushy [on] extracting strategic deals from Dbeibah, Turkey is certainly not promoting peace, reconciliation or elections.” Still, Turkey could easily begin to pressure Dbeibah if it concludes it has taken everything he could deliver, Harchaoui opined. “And if Turkey pressures Dbeibah, he could fall quite swiftly.”

Some Libyans believe the drones are meant to shield Tripoli against a fresh offensive by Hifter, though the Turkish military presence there is already a stumbling block to such attempts. Could Ankara up the ante further by supplying Tripoli with armed drones, ignoring warnings of breaching the UN arms embargo? For Harchaoui, formalizing the drone order remains a very realistic prospect.