The Iraqi parliament gave a vote of confidence to incoming PM Muhammad Shia al-Sudani, approving his government program and his cabinet with 21 ministers. Sudani pledged to hold early elections within one year. 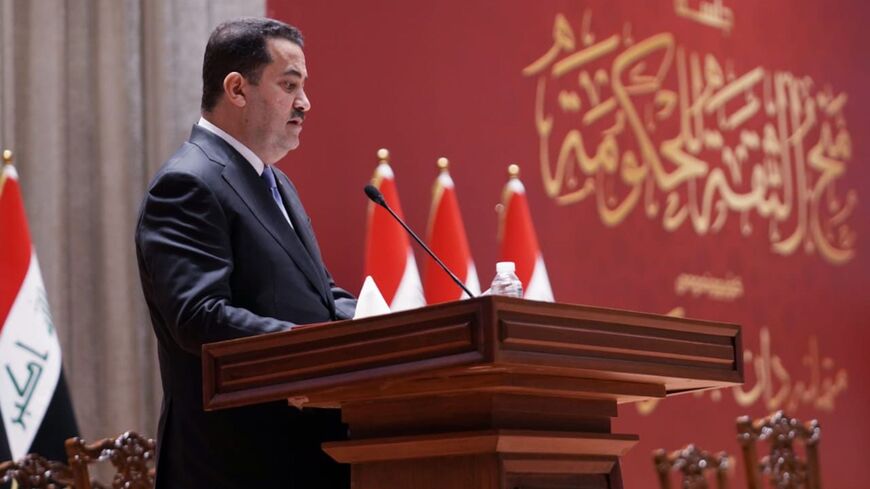 In his speech prior to the vote, Sudani described the economic and political priorities of his government.

“The world is witnessing tremendous political and economic changes and conflicts, which will add new challenges to our country,” Sudani said. “We will ... do our utmost to succeed in addressing these challenges."

Iraq's strategic location, regional stature and influence in the world economy give it the opportunity to establish good relations "with neighboring countries and Arab and friendly countries,” he added.

Sudani presented his government's program to the parliament, which was approved as well. The program focused on dialogue regarding international forces in Iraq, supporting and developing the Popular Mobilization Forces, and ending the spread of uncontrolled weapons.

The program also states that the government will work on amending the electoral law within three months and will organize early elections within one year.

The following figures were appointed to lead ministries:

The Sadrist Movement, led by Shiite cleric Muqtada al-Sadr and which withdrew from the parliament this past June, did not participate in the cabinet.