The Egyptian pound is performing poorly against the US dollar but faring better compared to other currencies. 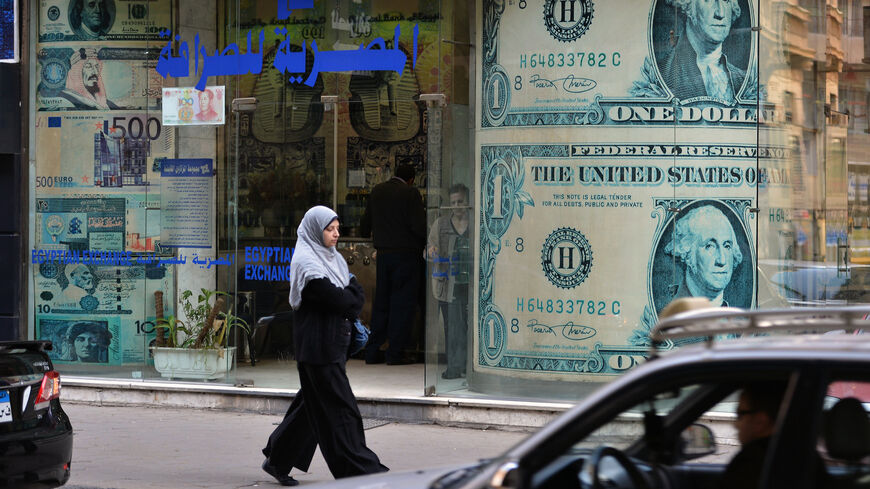 An Egyptian woman walks past an exchange store in Cairo on Jan. 6, 2013. - KHALED DESOUKI/AFP via Getty Images

The Central of Bank of Egypt is working on a new index consisting of gold and foreign currencies aside from the US dollar. The bank’s acting head, Hassan Abdalla, revealed the plan Sunday at an economic conference in the country, the state-owned Al-Ahram reported.

What is it: Countries use indexes of foreign currencies to measure how their own currency is performing. The US dollar Index, for example, consists of the euro, Swiss franc, Japanese yen, Canadian dollar, British pound and Swedish krona.

Why it matters: The Egyptian pound has decreased to historic lows against the dollar in recent weeks. Throughout the year, the currency has been stressed by the global economic storm. The pound is doing better against other currencies, however. It recently appreciated against the euro and British pound, Marc Espanol reported for Al-Monitor this month.

In his remarks, Abdalla pointed out the pound’s relatively better performance against other currencies, according to Al-Ahram. This could be why Egypt is pursuing the new index.

Know more: Egypt is experiencing a shortage of US dollars, which has led some banks to restrict dollar withdrawals recently.