The global economic storm has put a lot of pressure on the local currency, which nevertheless remains strong against other currencies. 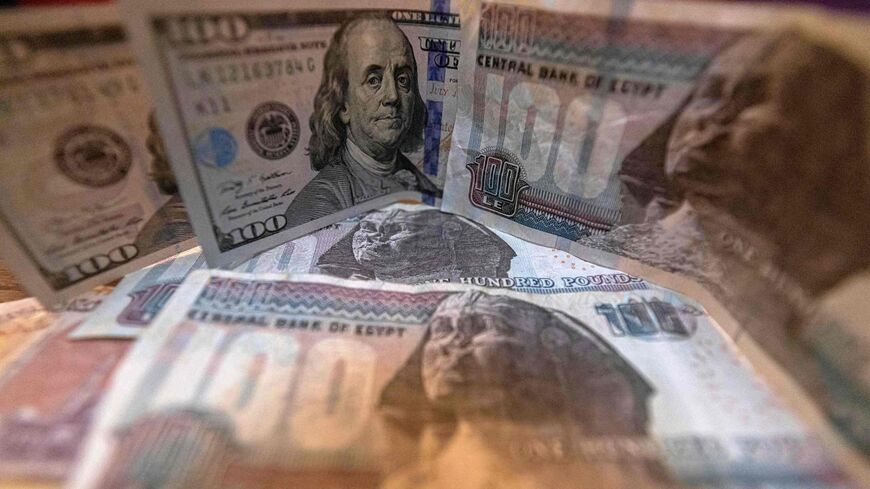 Continuing its steady downward trend, the Egyptian pound on Sept. 26 reached nominal historic lows against the dollar, which is strengthening on the back of strong global demand. Egypt’s currency plunged below the previous low of 19.52 recorded in 2016 and hit 19.54 against the greenback, data from the Central Bank of Egypt (CBE) shows. On Oct. 3, the pound closed for the first time above the 19.6 mark in relation to the dollar.

The pronounced capital flight that Egypt has suffered due to the uncertainty and volatility of the global economy, coupled with a heavy debt repayment schedule and the cost of an informal currency peg to the dollar, has put the local currency under increasing pressure over the past year. Faced with this situation, the CBE devalued the pound in March by 14%, and since then it has continued to fall at a steady pace. Since the onset of the war in Ukraine, the pound has lost almost 25% of its value against the dollar, CBE data shows.

Liberalization of the pound is one of the key demands of the International Monetary Fund to proceed with a new loan to help Cairo stop the economic bleeding. In August, CBE governor Tarek Amer, seen as reluctant to fully liberalize the currency, stepped down and was replaced by current acting chief Hassan Abdalla, who is considered to be in favor. Finance Minister Mohamed Maiet, also inclined to liberalization, kept his seat in a parallel reshuffle of the Cabinet, which has since come out in favor of a flexible exchange rate.

“We are now on a path that favors Egyptian pound flexibility. The recent declines reflect greater tolerance for domestic currency weakness as well as pressures stemming from a rising dollar,” Maya Senussi, senior economist at Oxford Economics, told Al-Monitor.

Despite the pound’s depreciation against the greenback, most analysts agree that Egypt’s currency is still relatively strong and note that looking at it solely from a dollar perspective can be misleading. Between its devaluation in March and Oct. 3, the Egyptian pound appreciated by 4.5% against the euro and 8.3% against the British pound, CBE data shows.

Charles Robertson, global chief economist at the frontier investment bank Renaissance Capital, also said that the pound is not at record lows when factoring in inflation. “The question then is why the currency is so strong, not why it’s so weak,” he told Al-Monitor.

Against this backdrop, analysts agree that the Egyptian pound will continue to depreciate against the dollar, and the debate now revolves around how much and whether the fall will happen gradually as in recent months or suddenly as in March.

“Until authorities reach a deal with the IMF, pressure on the currency will persist from two main sources: first, a stronger dollar — an external factor — and second, a shortage of US dollars in the market and speculation of a weaker currency,” Ramona Moubarak, head of the Middle East and North Africa country risk for Fitch Solutions, told Al-Monitor.