Inflation is still occurring in Egypt and the pound is plummeting in value again. 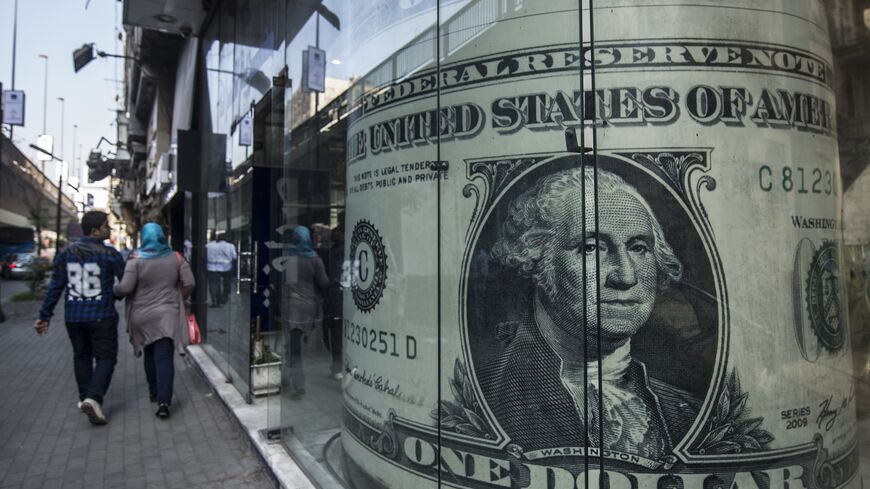 People walk past a currency exchange shop displaying a giant US dollars banknote in downtown Cairo on Nov. 3, 2016. - KHALED DESOUKI/AFP via Getty Images

Two Egyptian banks announced Wednesday a measure to encourage more Egyptians to save amid inflation and the depreciation of the Egyptian pound.

Banque Misr is issuing one-year savings certificates with either a 25% yield at the end of the year or a 22.5% monthly yield, according to a tweet from the bank. The National Bank of Egypt is offering the same thing. The yields are the highest on record, Egypt’s state-owned news outlet Al-Ahram reported.

What it means: Saving certificates, also known as certificates of deposit, stipulate that money must remain unused in an account for a period of time in exchange for an amount of interest paid back to the depositor at the end of the term. They differ from savings account in that the funds cannot be used during the duration of the certificate.

Why it matters: Inflation increased in Egypt throughout 2022 and is still on the rise, according to the latest figures. Egypt’s annual consumer urban inflation rate reached a five-year high of 18.7% in November, Reuters reported at the time.

In an attempt to combat inflation, the Central Bank of Egypt raised interest rates four times last year, most recently in December.

The Egyptian pound fell dramatically in value against the US dollar after the October rate hike and then dropped again this month. At present, one US dollar is equal to around 25.5 Egyptian pounds. A year ago, it was worth 15 pounds, according to currency data.

Know more: Like other countries in the region, Egypt is looking to China’s currency, the yuan, as a possible alternative. Last August, the Egyptian Finance Ministry announced a plan to issue yuan-denominated bonds.

The Central Bank also has a plan to establish new indexes consisting of gold and non-US dollar foreign currencies.