AD Ports Group is seeking to expand its international business, recently making agreements in Egypt and Uzbekistan to this end. 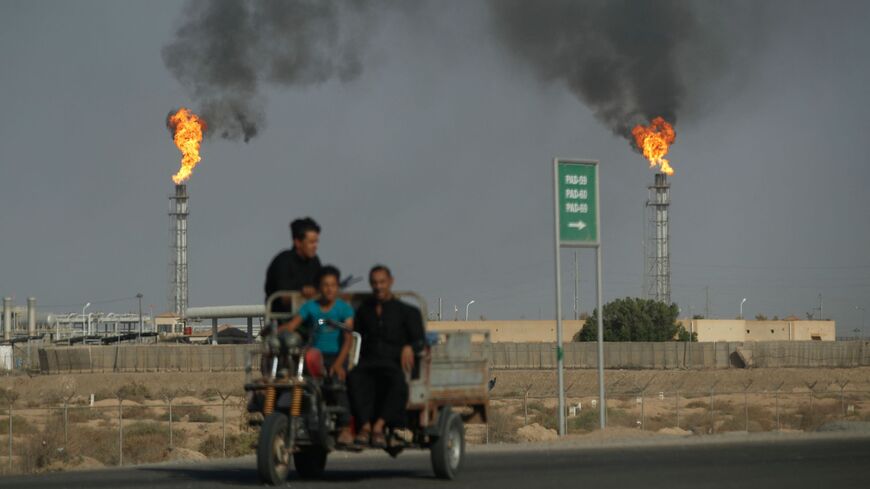 A picture shows the Halfaya oil field belonging to the PetroChina company in the al-Kahla district in the city of Amara south of Baghdad on July 26, 2022. - AHMAD AL-RUBAYE/AFP via Getty Images

An Emirati and an Iraqi company signed a significant oil transport agreement Monday.

What happened: The Abu Dhabi-based AD Ports Group’s subsidiary SAFEEN will help Iraq’s Amaan Baghdad Company transport oil out of Iraq. SAFEEN agreed to provide three “very large crude carriers” and one “medium range tanker” for the project. SAFEEN will use the midsized ship to transport oil from Khor Al Zubair and Umm Qasr in southern Iraq into Iraqi territorial waters. The oil will then be loaded onto the large ships, AD Ports Group said in a press release.

What it means: Very large crude carriers are used for transporting oil across long distances. In this case, they will be used to export Iraqi oil from the Persian Gulf to international customers.

Why it matters: AD Ports Group is working to expand its international profile. In July, the Emirati port giant opened an office in Uzbekistan — its first in Central Asia. The same month, AD Ports Group acquired stakes in two Egyptian shipping and cargo companies. In May, AD Ports Group agreed to develop a new shipping terminal in the Red Sea.

Know more: The Iraqi federal government is currently embroiled in a dispute with the Kurdistan Regional Government’s independent oil deals. The Khor Al Zubair and Umm Qasr ports are in federal territory. The disagreement has led some international oil companies to pull out of the Kurdistan Region.