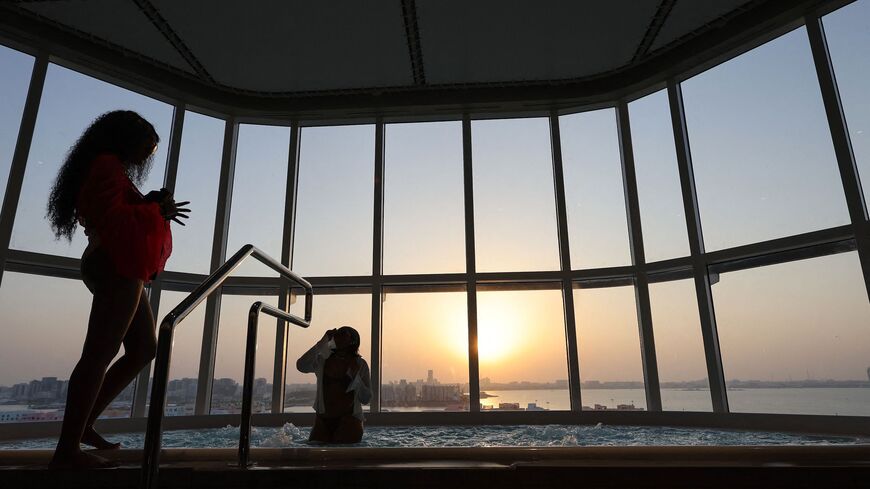 People enjoy a pool onboard the MSC World Europa cruise ship in Doha on Nov. 13, 2022, ahead of the Qatar 2022 World Cup football tournament. - GIUSEPPE CACACE/AFP via Getty Images

The Abu Dhabi-based logistics firm and the Aqaba Development Corporation said the Aqaba Cruise Terminal is the first of its kind in the Jordanian Red Sea port. The cruise ship MSC Splendida arrived at the terminal for the inauguration. AD Ports Group and Aqaba Development Corporation will work to bring international tourists to Jordan via the terminal, targeting travelers to the historical site Petra, the Wadi Rum desert and Aqaba itself, according to a press release.

Why it matters: AD Ports Group significantly expanded its presence throughout the Middle East, sub-Saharan Africa and Central Asia last year. The following are some notable deals AD Ports Group executed in the second half of 2022:

The cruise terminal in Aqaba bodes well for Jordan’s improving tourism sector. Tourism revenue in Jordan increased significantly in 2022. Tourist visits to Petra are also on the rise.

In December, the Jordanian government announced a seven-year plan to revamp Jesus’ baptism site on the Jordan river.

What’s next: AD Ports Group said they expect 50 cruise ships to dock in Aqaba in the next four months. The terminal is the first of five projects planned between AD Ports Group and Aqaba Development Corporation to develop Aqaba’s tourism, logistics and transportation sectors, according to the press release.