Egypt is seeking to increase revenues from its ports as the economy struggles. 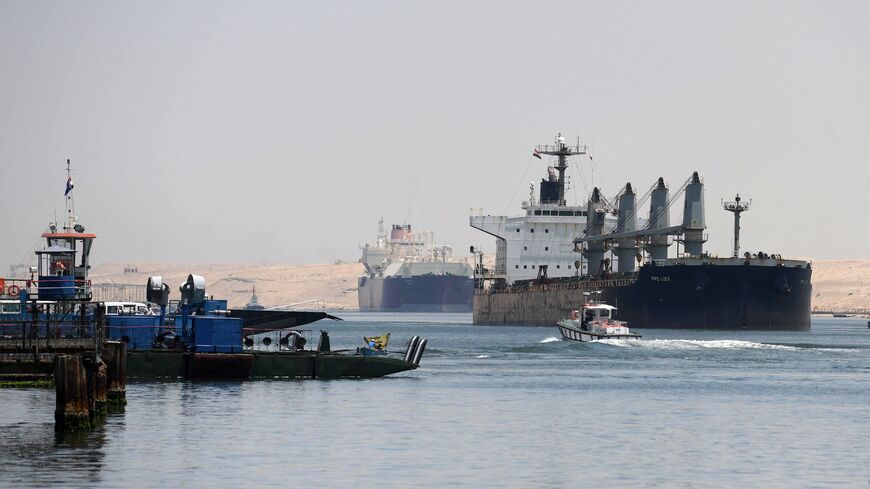 Ships sail through the Suez Canal in the northeastern Egyptian city of Ismailiya, on May 27, 2021. - AHMAD HASSAN/AFP via Getty Images

A major Abu Dhabi-based company has agreed to help Egypt develop some of its ports.

AD Ports Group signed two agreements yesterday with the Red Sea Ports Authority. The first stipulates that AD Ports Group will develop, operate and manage a terminal in Port Safaga on the Red Sea. The terminal will include 1,000-meter (3,280-foot) docking sections capable of handling large cargo. The joint venture will provide an array of services to the terminal including traffic management, fire prevention and handling of hazardous materials, AD Ports Group said in a press release.

The second agreement declares that AD Ports Group will help “extend” cruise tourism in Egypt, specifically in the Safaga, Sharm el-Sheikh and Hurghada ports — all of which are on the Red Sea. AD Ports Group will also work to establish cruise ship lines connecting Abu Dhabi, Hurghada, Sharm El Sheikh and Aqaba in Jordan.

Why it matters:  The Egyptian economy is struggling with rising inflation, which prompted the central bank to raise interest rates in March. The war in Ukraine has created wheat shortage concerns in the country in addition to price increases.

Amid the economic downturn, Egypt has looked to its waterways to increase revenue. The Suez Canal Authority has significantly increased toll prices this year.

This is not the first time Egypt has sought AD Ports Group’s help with modernizing its ports. In March, the Emirati firm signed another two agreements with Egyptian authorities to develop ports in Ain Sokhna on the Gulf of Suez and Minya on the Nile River.

Know more:  The Egyptian government is planning to require international shipping agencies to accept payment in Egyptian pounds rather than US dollars to ease strains on Egypt’s banking system.