The Egyptian government signed new concessions with a Chinese alliance to build and operate two world-class container terminals in the ports of Sokhna and Dekhila, as part of a container logistics project to link the Red and Mediterranean seas. 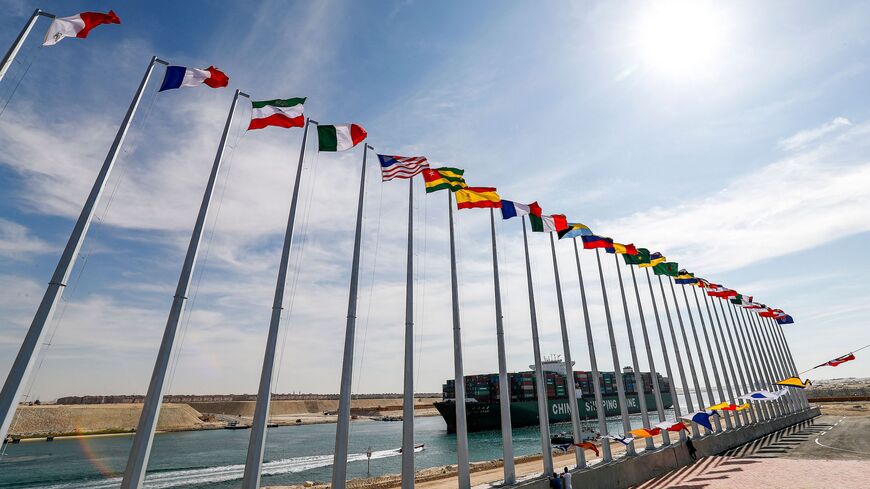 This picture taken on Nov. 17, 2019, shows the Hong Kong-flagged container ship CSCL STAR sailing through Egypt's Suez Canal in the canal's central hub city of Ismailia on the 150th anniversary of the canal's inauguration. - KHALED DESOUKI/AFP via Getty Images

The Egyptian government agreed on Aug. 11 to implement the first phase of the project to construct the Sokhna-Dekhila axis, an integrated container logistics project that links the Red and Mediterranean seas. The project will be executed by Hong Kong-based port operator Hutchison Ports. Giant shipping companies CMA CGM, MSC and COSCO are also part of this project as co-investors.

Marking the event, a signing ceremony was hosted by Egyptian Prime Minister Mustafa Madbouly in Cairo. The project consists of the construction of the superstructure, management, operation, exploitation, maintenance and re-delivery of container terminals at the Sokhna and Dekhila ports.

According to an Egyptian government statement released on Aug. 11, “The agreements involve the implementation of the first project at Sokhna port between the General Authority for the Suez Canal Economic Zone and the consortium of Hutchison-COSCO-CMA. The second project is scheduled to be implemented in Dekhila port between the Alexandria port General Authority and the consortium of Hutchison-MSC (which is still under establishment).”

The statement added, “The signing of the two agreements came within the framework of directives issued by President Abdel Fattah al-Sisi to implement the  Sokhna/Dekhila traffic axis project to link between the Red Sea and the Mediterranean Sea.”

The logistics project is expected to be the largest to serve global trade between the East and West and to provide more than 2,000 direct and indirect job opportunities.

The government statement quoted Madbouly as saying that “despite the difficult economic and political conditions that are currently taking place in the world along with the repercussions of the ensuing crises, the state spared no effort to lure more foreign investments in order to implement its strategy to turn Egypt into an international hub for trade and logistics.”

Experts and observers who spoke to Al-Monitor praised the agreement for contributing to making Egypt a regional trade and logistics hub.

Mahmoud Atta, an investment and economic expert, told Al-Monitor, “Overall, the agreement is in the best interest of investors and boosts trade. Commercial and logistical zones will be established in accordance with international standards. The project will add to the number of Chinese companies participating in the development of Egypt's infrastructure. This will boost the Egyptian-Chinese trade balance, already on a significant upward trend in the past five years. It will also support exports and imports between the two countries.”

Financial expert Ahmed Amin asserted that “the activity of the logistics zone will have a positive impact on the Egyptian economy since it is another source for increasing foreign currency, supporting direct investment, and providing direct and indirect job opportunities."

Amin told Al-Monitor, “Investments, especially from China and the United Arab Emirates, are currently focused on the Egyptian ports, which repositions Egypt as a key strategic and economic hub for the Middle East and the world and a country with a pivotal role in commercial and logistic services.”

In turn, Ahmed Sultan, an economist at the Egyptian Center for Strategic Studies, told Al-Monitor, “The agreement comes within the framework of Egypt’s plan to revamp its various ports to become a regional hub for trade and logistics, by leveraging its strategic location on the Red and Mediterranean seas and on the route of shipping lines and international trade. The project will boost Egyptian exports by opening up new markets for them.”

He added, “Egypt seeks to highlight the role of the Suez Canal. Cairo has taken successful steps in this regard, including attracting foreign investments to the [Suez Canal] Economic Zone. Of note, the canal already has a key global role, as it controls about 12% of the global trade volume.”

Egyptian Minister of Transport Kamel al-Wazir explained at a press conference following the signing of the agreements on Aug. 11 that the state is exerting utmost efforts to transform the Sokhna and Dekhila ports into regional hubs to open new markets for Egypt's exports.

He noted that the projects will activate direct maritime services and allow Egypt to compete with countries with similar products and industries by developing integrated transport and trade solutions between maritime containers and railway stations and multimodal transport services.

Regarding the details of the agreement, the minister explained that the agreement was made with the largest global consortium in the field of management and operation of shipping lines and international container terminals, which is Hutchison-COSCO-CMA-MSC, to implement the superstructure of the two projects with investments of up to $800 million.

Wazir added that the two projects will have, combined, a handling capacity of more than 3.5 million 20-foot-equivalent units (TEUs) of container ships annually. He pointed out that this is a strong indicator of the economic feasibility of the two projects and reflects confidence in the Egyptian economy.

He further indicated that the expected direct returns of the two projects are near $5 billion during the contract period, which is 30 years.

He also explained that the project to establish the superstructure, manage, operate, exploit, maintain and re-deliver a container terminal in the Sokhna port falls within the scope of the comprehensive plan to complete the development of the port into the largest hub port on the Red Sea, which is currently being implemented.

Wazir said, “The contract for the project in Dekhila is part of the project to develop the Alexandria port with the aim of making Egypt a global trade and logistics [hub].”

Global operator Hutchison is one of the world's largest port investors, developers and operators with more than 50 years of experience, in addition to being the first container terminal operator to achieve a cumulative global throughput of 1.3 billion TEUs.

For its part, MSC is recognized as the world’s largest containership company by capacity, with 655 vessels and nearly 4.3 million TEUs total capacity.

CMA CGM is the world’s third-largest container shipping line with 566 vessels, a capacity of 4.8 million TEUs and a handling volume of 22 million TEUs.

In 2021, Cosco shipping line ranked fourth with 510 ships and a total capacity of 2.94 million TEUs.

China in the Mideast
Economy and trade
Maritime strategy