The al-Faw grand port project has been long delayed due to financial problems, among other issues. 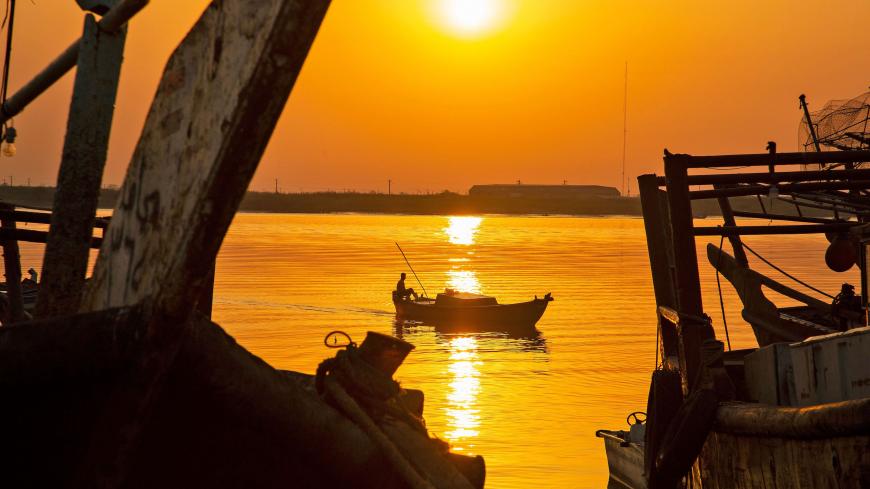 A man sits in fishing boat in the waters of the Shatt al-Arab in Iraq's southern port city of al-Faw, 90 kilometers (56 miles) south of the city of Basra near the Gulf, on May 18, 2020. - HUSSEIN FALEH/AFP via Getty Images 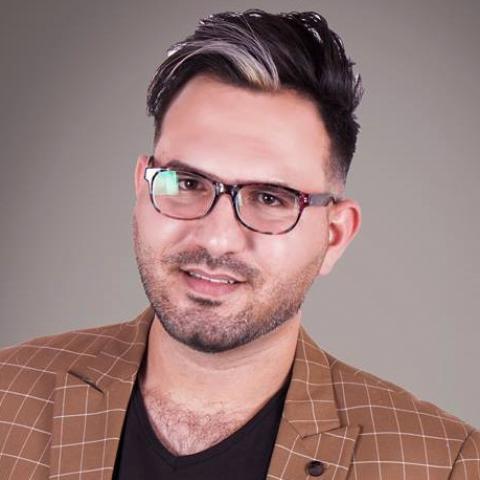 Although 10 years have passed since the Iraqi government started laying the groundwork for the al-Faw grand port in southern Iraq, the project is still far from completion.

Iraqi minister of transportation Nasser Hussain Bandar said Aug. 15 that his ministry is planning to sign a contract with the South Korean company Hanwha for resuming the al-Faw project.

"This stage includes the construction of five berths, deepening the sailing channel for the port, which we requested to be from 19 to 21 meters [52 to 69 feet], and establishing the infrastructure for five berths," said Bandar, "The first stage also includes the construction of a tunnel to connect with the port with Khor al-Zubair, and a strategic road linking the Iraqi border with Kuwait."

However, this does not mean the port will be ready in the near future; while much of the delay has had to do with financing, part of the problem also has to do with border disputes between Iraq and its neighbors in the Persian Gulf.

Iraq is trying to reach agreements with Iran, Kuwait and Saudi Arabia to resolve these disputes. This is seen as an important step for completion of the project, which would give Iraq the ability to host giant seagoing vessels. However, Iraq's neighbors may not see the completion of the port as being in their interests because it could take away some of their business.

Iran, meanwhile, is pushing Iraq to move forward on a connection to link Iran's national railway with Iraq's; this, joined up with Syria's railway, would eventually connect Iran to the Mediterranean Sea at Syria’s port of Latakia. Some say this might make Iraq more reliant on Iranian ports in the northern Gulf.

In his recent visit to Iran, Iraqi Prime Minister Mustafa al-Kadhimi was urged by Iranian President Hassan Rouhani to finish the railway connection between the Iranian city of Shalamche and Iraq’s city of Basra; there are 40 kilometers (25 miles) to go.

Basra province has four other main ports, including Abu Flous, Khor al-Zubair, al-Maqal and Umm Qasr; however, their water depths and berth lengths are limited and cannot accommodate the increasingly large tankers. What makes al-Faw important is that it would be able to host giant ships.

The al-Faw project was designed to receive ships of more than 100,000 tons, which need greater water depths and port berth lengths than are available with Basra’s existing ports.

If built as planned, the al-Faw grand port would be one of the world’s 12 largest. It is the sole Iraqi port on the open sea.

He added, “The main purpose of the port is to load and unload containers. The port includes dozens of berths to meet local demand for the next 30 years; in addition to that, the container terminals of the port will include bulk berths and general cargo berths.”

Although much progress has been made on the breakwaters, the overall project has been almost stopped due to financial hardship.

Rashid told Al-Monitor, “Our initial plan was to complete the first stage of the port by 2024 in case everything goes well and smoothly." He said there have been financial shortages of $3 billion to $4 billion.

While some say the port project may not be economically necessary or feasible, others say it is.

A civil servant who works in the Transportation Ministry said on condition of anonymity, “Neighboring countries such as Kuwait and Iran opposed the project and they put pressure on the Iraqi government to stop the project or at least make the work go slowly. The government gave flimsy excuses that the financial issue is the big challenge to hold off work on the project." The civil servant said if this truly was the case, why didn't the government pursue financing from the big companies who “have interest to work on it.”

Rashid disagreed with the idea that external intervention had affected the continuity of the project, saying what delayed the work is mostly internal matters. He said that because al-Faw is an Iraqi port, there is “no need to have any deal with any other country to proceed with its development.” He added, “The work was moving slowly for various reasons: unstable soil, financial shortages and the security situation in 2014 when the Islamic State invaded the northwest of Iraq.”

He said the port's huge size and depth will serve the economy in a positive way, and allow increased trade, reduce the distance and the time from the source of the cargo to the destination by transporting the goods through big vessels with no need to go to the ports of neighboring countries to make the transshipment to other vessels, which cause a loss of time and money.

Sarkawt Shamsulddin, a member of the Future bloc in the Iraqi parliament, said, “In the last 17 years Iraqi politicians worked to drain the wealth of the country and compromised for neighboring countries for personal and economic gains for their groups.”

He said, “It is important to know that neighboring countries cannot do anything if there are no local politicians to do it for them. Al-Faw is a project that enables Iraq to be stronger economically but it will benefit regular Iraqis more than the business politicians.”

Shamsulddin added, “The ruling elite does not want to build huge projects such as al-Faw because they are thugs and kleptocrats.”

The al-Faw grand port plan also includes many other projects that would boost Basra's economy and improve the daily lives of the province's people.

The blueprint calls for power and water plants and factories. All this is important for the province, which suffers from unclean water, power shortages and high youth unemployment.

Since 2011, Basra and other Iraq's provinces have witnessed protests for various reasons; joblessness was the primary concern. The unemployment rate in Basra increased to 12% in 2019, according to the latest survey.

Ahmed Makki, 35, a jobless man from al-Faw, said, “The project could change my life, but unfortunately the project is not finished yet. I have been waiting for years to get a permanent job as part of it.”

“Getting a job in Iraq is like the American Dream. I am just a one among tens of thousands of Iraqis who graduated from university and have been shocked by the successive governments’ corruption and incapability,” Makki added.