A diplomatic crisis is brewing in the Maghreb region amid tension between Morocco and Tunisia after President Kais Saied received the leader of the Polisario Front. 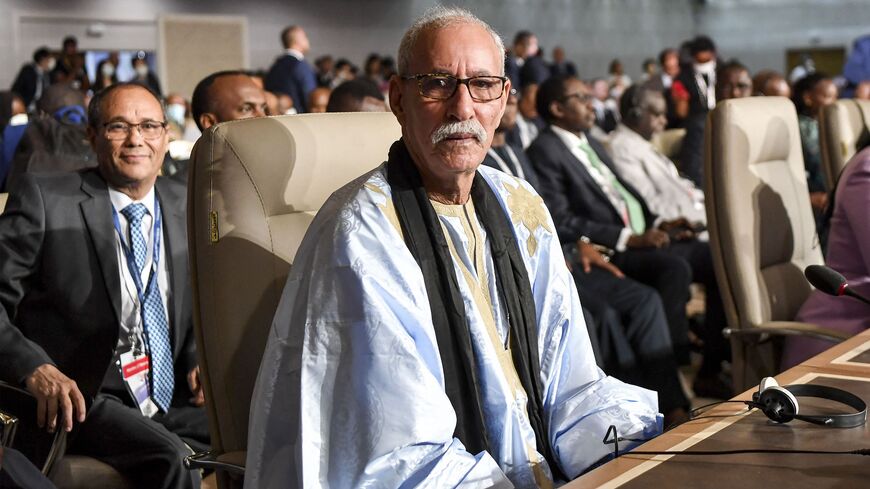 TUNIS — Tunisian President Kais Saied’s decision to receive Brahim Ghali — the leader of the Polisario Front, a rebel group fighting for independence in the Western Sahara — late last month has developed into a diplomatic crisis with repercussions spilling into the sports world.

The Royal Moroccan Handball Federation announced Aug. 29 that its clubs will not participate in the 37th Arab Club Championship of Handball set to take place in Tunisia.

The announcement came shortly after Ghali visited Tunisia to participate in the the Eighth Tokyo International Conference on African Development (TICAD8), held on Aug. 27-28.

More than 30 heads of state participated in the conference, the first since the COVID pandemic began and the second held in Africa after Kenya hosted the conference in 2016. The TICAD summit, which Tokyo created in 1993 and is held every three years, was attended by the Polisario Front leader.

The Royal Moroccan Handball Federation said in its statement, “We decided that our national clubs will not participate in the 37th Arab Club Championship of Handball in Tunis between Sept. 17-27," in which Morocco's Widad Smara Handball Club was scheduled to play.

The statement said that Morocco's Raja Agadir Handball Club will not take part in the African Handball Champions League, which will also take place in Tunisia from Sept. 28 to Oct. 10.

The Royal Moroccan Handball Federation’s statement did not mention its reasons behind the withdrawals or whether this decision was related to the diplomatic row between the two countries that erupted in recent days.

On Aug. 28, the Royal Moroccan Federation of Karate and Associated Disciplines canceled its participation in the Northern Region UFAK Championship, which will be held between Sept. 7-11 in Tunisia, without specifying the reason behind the move.

Saied’s hosting of Ghali on Aug. 26 angered Morocco, prompting it to announce its boycott of the TICAD8 summit and to summon its ambassador to Tunis for consultations.

In an Aug. 6 statement on Facebook, the Moroccan Foreign Ministry described the Tunisian president welcoming the Polisario leader at the airport and Ghali participating in the summit as a “dangerous and unprecedented act that deeply hurts the feelings of the Moroccan people.”

The Tunisian Ministry of Foreign Affairs, Immigration and Tunisians Abroad expressed in an Aug. 27 statement its surprise at the Moroccan position, and stressed that the African Union (AU), which co-organized the TICAD8, was the one that invited the Sahrawi Arab Democratic Republic, which is a member of the AU.

In light of this, Tunisia also decided to summon its ambassador to Rabat for consultations on the issue, the statement added.

“Tunisia has maintained its complete neutrality on the issue of the Western Sahara, in compliance with international legitimacy, which is a firm position that will not change until the concerned parties find a peaceful solution acceptable to all,” the statement noted.

Morocco has been embroiled in a decades-old conflict with the Algeria-backed Polisario Front over a territorial dispute in Western Sahara territory. The native Sahrawis, which make up the Polisario Front, are seeking independence of the disputed territory, which Morocco occupied in 1975.

Abdel Majid Abdelli, a professor of international law and international relations at Tunis University, told Al-Monitor that Morocco’s King Mohammed VI considers the Western Sahara issue to be the compass by which Morocco defines its relationship with other countries.

“The Moroccan monarch is more interested in winning over the US position via normalization with Israel, which was particularly evident under the former Trump administration, more than preserving relations with his neighbors and the countries of the Arab Maghreb Union,” he said.

Abdelli said Morocco’s recent position over Tunisia’s hosting of the Polisario leader was inexplicable since the AU had circulated a memorandum inviting all of its members, including the leader of the Polisario Front, to participate in the TICAD8 in Tunis.

Morocco had withdrawn from the Organization of African Unity (which became the African Union in 2011) in September 1984 in protest against the organization’s decision to accept the membership of the Polisario Front. Morocco’s membership in the organization, which included 54 countries, remained suspended until July 2016 when Morocco decided to join the AU.

The Polisario Front seeks full independence of Western Sahara, while Morocco considers it as an integral part of its territory and proposes granting it autonomy while staying under its sovereignty.

Mostafa Abdel Kebir, director of the Arab Institute for Human Rights, told Al-Monitor that these disputes may weaken the unity of the Arab Maghreb.

He added that Algeria is unable to contain the dispute in light of its deteriorating relations with Morocco over the sub-Saharan issue, and neither is Libya, whose internal situation and tribal conflict prevent it from playing any role, especially after Morocco’s decision that Libyans need a visa to enter its territory.

He added that even Mauritania is also unable to find a solution to the crisis between the Maghreb neighbors, which indicates that the dispute could escalate between Tunisia and Morocco.

Abdel Kebir added, "The dream to rebuild the Maghreb Union (which has been suspended since 1994 over the Western Sahara dispute) has become dependent on these political disputes between the member countries.”

Abdullah al-Obeidi, a former Tunisian diplomat and an expert on foreign relations, called on Tunisia and Morocco to work on improving their bilateral relations, as he stressed that the dispute would not serve the interests and relations of the two neighbors that have several joint economic interests.

Obeidi told Al-Monitor, “The absence of the Arab League role in containing the Western Sahara dispute and bringing the views of Arab countries closer and the ongoing tensions between Morocco and Algeria over the disputed territory are major obstacles that hinder the formation of the Maghreb Union.”

The dispute between Morocco and Tunisia opens a new front in the Western Sahara conflict, especially with Tunisia’s rapprochement with Algeria to secure its energy needs. Meanwhile, relations between Rabat and Algiers, which is considered the largest supporter of the Polisario Front, continue to deteriorate.