Despite the end of the coronavirus pandemic, an improvement in the Palestinian economy does not seem very likely given other factors. 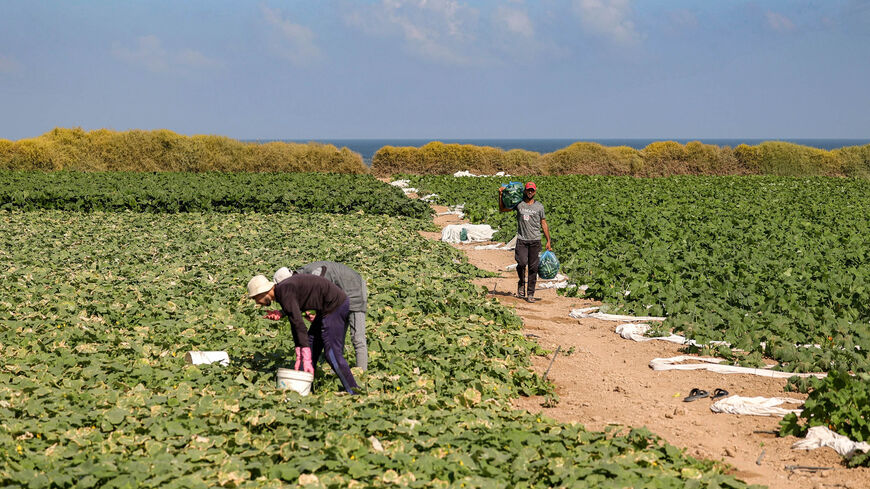 RAMALLAH, West Bank — The Palestinian economy is still suffering from the repercussions of the coronavirus pandemic and is unable to return to its pre-pandemic state. Despite indications of recovery, many challenges hinder progress, mainly exemplified by the ongoing Israeli restrictions on movement, transit and investment in the Palestinian territories. The continuation of the crisis at the levels of purchasing power and increasing commodity prices all slow the pace of the economic recovery.

The World Bank stated in its latest report published Sept. 18 that growth in the Palestinian territories is expected to reach 3.5% in 2022, which is a decline from 7.1% in 2021.

Moreover, the high inflation rate will greatly harm the poorest Palestinian families, as the cost of some basic food commodities is expected to rise to as much as 80% by the end of the year, according to the same report.

Since the beginning of the Russian war on Ukraine, the Palestinian territories have recorded huge increases in the prices of basic commodities accompanied by low income levels. Since the Paris Protocol placed Palestine and Israel under unified customs rates, the Palestinian side has been unable to recover given the small size of its economy.

According to the World Bank report, the West Bank and Gaza Strip have the second-largest percentage of food imports in the region. A large proportion of wheat flour and sunflower oil imports come from Ukraine and Russia.

The Palestinian Central Bureau of Statistics reported Sept. 14 that the consumer price index in Palestine increased by 3.51% during the first eight months of 2022, compared to the same period of the previous year.

Nasser Abdel Karim, professor of economics at the Arab American University, told Al-Monitor, “The World Bank report emphasized the existence of a Palestinian financial crisis. The causes of the crisis are related to the Palestinian Authority’s [PA] financial management and the narrowing of the financial and economic space due to Israeli practices. To get out of this crisis, the PA has to impose financial reforms and austerity measures. Israel has to also stop its practices of deducting clearance funds, blocking investments in Area C [of the West Bank] and obstructing commercial movement.”

Although the World Bank report praised the PA’s reduction of the deficit in the first half of this year by 70% compared to the same period last year, Abdel Karim considered this figure inaccurate. In fact, he said, the report did not take into account the Palestinian government’s defaults on payment of many financial obligations. For example, public servants have not received their salaries in full for months, while dues to the private sector, retirement benefits and other dues have also not been paid.

He believes that there are no positive indicators for the future of the Palestinian economy, saying it will remain stagnant as long as there are no fundamental positive developments that change the circumstances that caused its crisis.

“The Palestinian economy is dependent on the [Israeli] occupation and international aid. Slow growth is insufficient to create job opportunities and generate additional revenues to cover the PA’s expenses in full. Thus, as circumstances remain unchanged, the Palestinian economy will remain in a financial crisis and a budget deficit that will accumulate in the form of public debt,” Abdel Karim explained.

Rabeh Marar, director of research at the Palestinian Economic Policy Research Institute (MAS), told Al-Monitor, “Before the coronavirus pandemic, the Palestinian economy was not in its best state. Many sectors therefore did not recover after the pandemic, namely the tourism sector and the industrial sector. The Palestinian economic situation negatively impacts the levels of food security for thousands of Palestinian families who have entered a cycle of poverty.”

Another World Bank report released May 9 stated that the pandemic has severely impacted the welfare of Palestinians, and it has led to an increase of poverty as well as a widespread increase in vulnerability to food insecurity.

The MAS institute revealed in its Food Security Bulletin issued in June that less than half of Palestinian families had food security in 2020.