Several sectors will be affected by the Palestinian Authority’s decision to reject on principle a reduced transfer of tax funds from Israel. 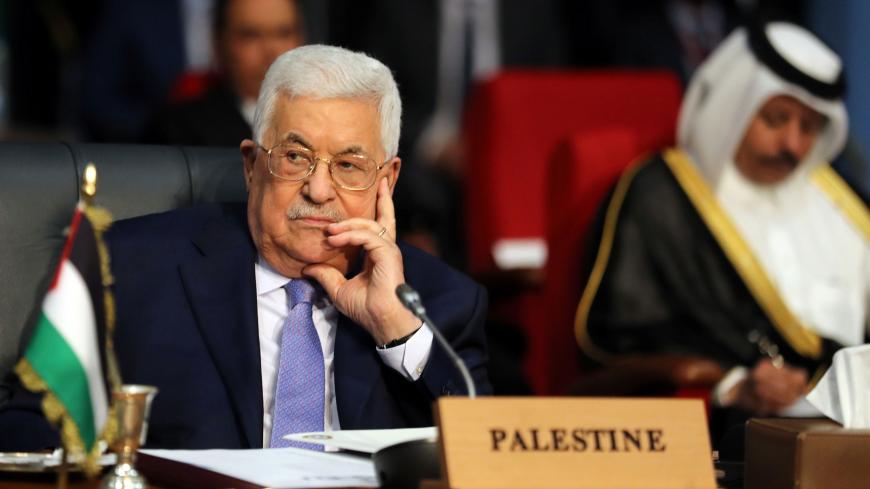 RAMALLAH, West Bank — The Palestinian government is refusing to accept the first 2019 monthly tax transfer from Israel. Prime Minister Rami Hamdallah said in a Feb. 27 press statement that the Palestinian Authority (PA) decided earlier that month to return the money from Israel because it was only a partial payment, as the latter deducted 41 million shekels ($11.3 million).

The money in question consists of some of the taxes Israel collects on behalf of Palestinians on goods entering the territories from or through Israel. Israel intends to annually withhold more than half a billion shekels — the amount the PA paid in 2018 to the families of Palestinians imprisoned, injured or killed while fighting Israel. Israel considers those recipients terrorists and says the payments support and encourage attacks.

The total amount of import taxes Israel collected for the PA in 2018 amounted to more than 8 billion shekels, according to Palestinian Ministry of Finance figures, with a monthly average of 670 million shekels.

Palestinian President Mahmoud Abbas had warned he would refuse the payment when he spoke on the sidelines of his Feb. 19 meeting in Ramallah with US congressional Democrats and a delegation from J Street, a US nonprofit, liberal advocacy group. The PA's rejection is likely to worsen the public's already dire financial situation and increase tension and unrest. The PA, knowing that Israel fears that possibility, could be seeking to pressure Israel into reversing its decision.

The PA’s stand will cast a shadow over the government's spending in several areas, mainly paying the salaries of its public servants. In a Facebook post Feb. 17, Hamdallah had said, “A deduction in [these funds would put] the Palestinian economy in danger, threaten our ability to pay salaries and wages, and disrupt the economic wheel.”

Minister of Finance Shukri Bishara said at a Feb. 21 news conference, “The government will continue to pay its employees on time, but the salaries may be incomplete, except the wages of retirees and allowances for the families of martyrs, the wounded and prisoners, which will be paid in full.” He hinted at the possibility of paying 80% of the payroll bill, according to the official Palestinian news agency, Wafa.

Bishara added that the government will take austerity measures to deal with the crisis, but he didn't disclose the specific procedures. Not paying full salaries to employees would create financial obligations that will affect the 2019 budget, which hasn't been approved yet.

The government is expected to rely on the private sector for help. A Ministry of Finance source told Al-Monitor on condition of anonymity that the government already owes money to suppliers and the private sector. "It's difficult to pay them either in full or in part, in light of the [tax] crisis," he added.

Without help from private sources, the government would have to borrow from banks, Bishara said at the press conference.

He added that it would be wise to stop operating expenses, which include the cost of travel and privileges of officials; their monthly phone and fuel expenses, which the treasury covers; and capital expenditures for vehicles, offices and renting premises for officials. Also, the government ought to revise the payroll budget because there are many employees who are not on the job but still receive salaries, Abdel Karim noted.

He explained, “The government will be able to cut spending if it doesn't pay salaries in full, but its obligations will accumulate over time,” in addition to the money it already owes private sector suppliers and local banks.

Abdel Karim said the government was hasty in refusing the funds, noting, “The decision is not strategic and doesn't fall within the strategic thinking of confrontations or clashes with Israel. It's an impromptu decision with which the PA is trying to threaten Israel and show it that the field situation could further deteriorate.”

Samir Abdullah, former planning minister and researcher at the Palestine Economic Policy Research Institute-MAS, told Al-Monitor the PA won't be able to fulfill its financial obligations if it refuses the funds over a long period, and this will be reflected in an increasing budget deficit.

“The option of borrowing from banks can serve the PA for only a month or two, because Palestinian banks don't have the ability to give it long-term loans, especially as the PA’s loans from Palestinian banks [already] amount to about $1.4 billion,” Abdullah said.

He also called on the PA to stop importing Israeli products, as this could prompt Israeli companies to pressure the Israeli government.

The PA’s options in dealing with the crisis seem limited. At the local level, boycotts of Israeli products are expected to increase. Fatah's deputy head Mahmoud al-Aloul said during a Feb. 21 interview with Voice of Palestine radio that the Palestinian Central Council will form a committee to determine which Israeli products have local alternatives, with an eye toward keeping those products from entering the Palestinian market.

The PA is also seeking to activate the Arab "financial safety net," which can provide the PA with financial support worth $100 million per month in case it's unable to meet its obligations. This fund was approved by the Arab League during a 2010 summit in Kuwait.

Israel fears that the PA's refusal to receive the tax money will add to Palestinians' financial burdens, increase tensions and worsen the security situation in the West Bank and Gaza. Although the decision went into effect with the March payment, the real test will come after Israeli parliamentary elections April 9, once Israel reveals whether it will continue freezing the funds or release them.