Narcotic sales on rise in Syria

Syrians are trying to escape deteriorating economic conditions and security pressures from government forces in the regime-controlled areas by resorting to tranquilizers and sedatives. 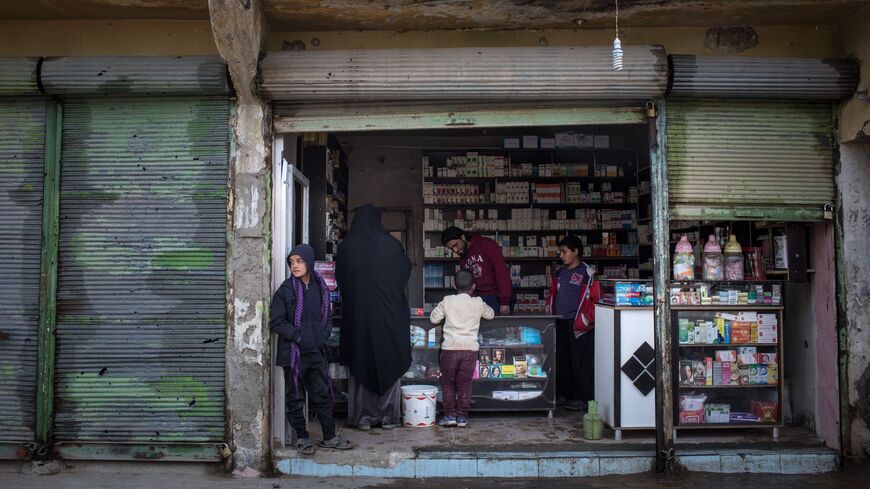 People shop at a pharmacy on February 16, 2019, in Hajin, Syria. - Chris McGrath/Getty Images 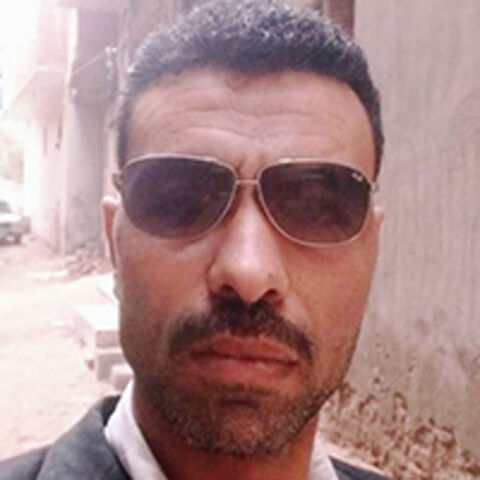 DAMASCUS, Syria — Wafaa Keshi, head of the Syrian Pharmacists Syndicate, warned against an increase in demand for tranquilizers among Syrians.

In a press statement distributed to media outlets close to the Syrian government on Aug. 23, Keshi explained that Syrians are increasingly turning to narcotics mainly because of the acute crises and wars plaguing Syria and triggering mental illness.

Keshi said the Syrian Pharmacists Syndicate does not have accurate statistics on the rate of consumption of these drugs, stressing that the Ministry of Health and the syndicate’s subcommittees have detected violations on the part of some pharmacies that are selling these narcotics without a prescription.

She stressed that war victims and survivors with permanent disabilities need psychological treatment under medical supervision.

A source from the Syrian Pharmacists Syndicate in Damascus told Al-Monitor on condition of anonymity that the psychotropic drugs constituted 70% of pharmacies’ sales last year.

The source explained this phenomenon by arguing that dire economic conditions and poverty facing Syrians because of the high cost of living, low government salaries and the inability to afford health, education and living expenses have pushed large segments of Syrians to become addicted to tranquilizers and sedatives as a means to escape their reality.

Ahmad Shams al-Din, a pharmacist from the city of Jaramana in the Rif Dimashq governorate, told Al-Monitor that he sells tranquilizers under prescription for more than 10 people, most of whom are war victims.

“The drugs that contain higher levels of narcotic substances have increased in demand on the Syrian market. The number of people addicted to these medicines has increased significantly in the recent period,” he said.

Shams al-Din said that Syrians are discovering new types of narcotic drugs every day, which have spread widely on the black market and away from pharmacies, especially the locally manufactured “green cough syrup” called Cemo, which contains high amounts of codeine, as well as Baltan, which contains heroin and is often recommended for treating psychosomatic disorders as well as drug addicts suffering from withdrawal symptoms.

Qais Khazal, a neuropsychiatrist, told Al-Monitor, “Tranquilizers have become common among university students, most of whom take Baltan pills before they sit for an exam, thinking that this would give them energy and open up their minds.”

Alia Zuhair, a university student in Damascus, told Al-Monitor that she started with half of a Baltan pill a day, but after six months she started taking three pills every six hours.

“I also took other narcotics such as the green cough syrup Cemo and Proxamol pain killers,” she added.

Bashar Hekmat, owner of a grocery shop in the Damascus neighborhood of al-Qasaa and who was formally addicted to tramadol, told Al-Monitor that some pharmacies refused to sell him narcotic pills without a prescription, but he used to offer pharmacists three times the price of the drug to have it.

According to the source within the Syrian Pharmacists Syndicate, some drug distributors are using the names and seals of pharmacies that have closed down or whose owners have moved to other governorates or outside the country, to register under their names and get their share of tranquilizers to sell them to other pharmacies without registering them in the Health Ministry’s records.

“Some also sell them to drug dealers on the black market,” the source said.

Louay Baaj, a pharmacist, told Al-Monitor, “Tramadol is one of the most popular narcotic pills among Syrian addicts, which is sold under the trade name of Neodol, which is a central pain reliever.”

“There is also another medicine called Zolam, and Baltan, both used to treat anxiety and mental disorders, in addition to Cemo, which contains the addictive substance codeine,” he added.

“Syrian addicts are facing difficulty in obtaining conventional narcotic drugs, so they have been resorting to alternative solutions such as Biogabalin and Pregabalin, which are over-the-counter drugs used to treat diabetics who develop neuropathy,” Baaj explained.