Egyptian women who have been victims of sexual assault and rape are using the Medusa tattoo trend on social media to tell their stories and make their voices heard. 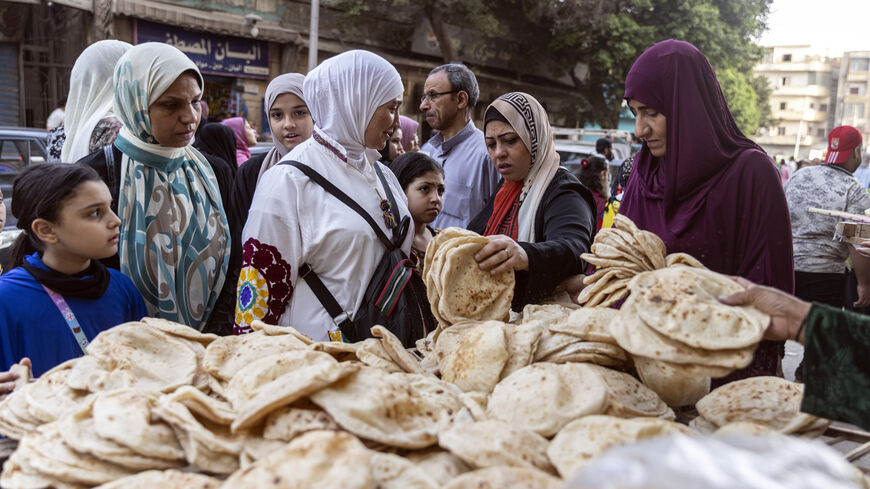 Tattoos featuring Medusa, the Greek goddess of wisdom and battle, have recently been trending on social media among victims of sexual harassment and rape in Egypt. While commonly viewed as a snake-haired monster who turned men to stone, Egyptian women have embraced her story as a symbol of sexual assault survival.

In Greek mythology, Medusa was a beautiful woman who attracted the attention of Poseidon. She had taken an oath of chastity, but despite turning down his advances Poseidon raped her inside the Temple of Athena. Yet rather than blame Poseidon, Athena took out her wrath on Medusa and turned her into a creature so hideous that all those who gaze upon her turn to stone. Thus her story has come to be viewed as a classic tale of victim blaming.

Hundreds of Egyptian women who survived sexual harassment or rape are now sharing their stories and suffering alongside Medusa’s image, after they too were judged by society for sins they did not commit.

Nour Ali, an Egyptian woman, wrote on Twitter, “When I was 12, my cousin who was 22 at the time raped me. And I was harassed by the neighbor's son, who lived in the neighborhood, when I was 15. When I spoke up, they told me that I was the one at fault to protect the family honor.”

Al-Monitor spoke to one woman who was inspired by the trend to speak out. Reham, who asked that only her first name be used, said her story began when she was only 15 when her school teacher began to inappropriately touch her.

“For me, he was like any other teacher I had. He used to give me private lessons at my house. I was a quiet and good student, which is why my teachers would treat me in a special way, which I found natural,” she recounted.

“But this teacher would always ask me to bring him something, like a glass of water, so he would pull his chair closer to mine while I was away. He would then begin touching me and groping me. This happened more than once unfortunately, but I didn’t tell anyone, I didn’t really understand what happened back then,” she added.

She added, “I never told this story to anyone until now, but it still feels the same after more than 12 years.”

This was not the only time Reham was harassed. When she was 19 years old while on her way back home from university, she felt someone fondling her from behind as she was putting on her earphones to talk to her mother. She turned and found young men laughing out loud as they kept walking, leaving her in shock. She did not know what to do and found herself crying.

Yet not all were accepting of these women’s courage. Many people mocked this trend and called on victims to keep silent.

One Egyptian Twitter user responded to the hate calls and said, “If a girl is talking about her rape experience, she is a victim and should not be told to hide it and remain silent.”

It was about 10 p.m. when Salma, 30, was returning home after a day's work at clothing store in the Mokattam area of Cairo. After she got off the bus, a taxi driver kidnapped her and sexually assaulted her, then left her on a desert road.

“The next morning, I returned to the house where I live with a group of girls, because I am an expat and I do not live with my family. But I could share what happened to my roommates. I found no point in resorting to the police, because I did not know the name of the perpetrator or his license plate number,” Salma spoke to Al-Monitor on condition that her last name not be used.

Mohamed Nabil, a professor of psychology, commented on the impact of these assaults and subsequent silence. “Whether the rape victim is a grown woman or an innocent child, the psychological impact on her personality is felt for several years,

Nabil noted, “Rape crimes harm the victim’s family because of their concern for their daughter and their fear of the consequences, whether at the social level regarding the prospects of the victim’s marriage, or ethically due to society’s conservative outlook and the dominant masculine thought.”

He explained, “Unfortunately, in light of the culture of shame, taboos and wrongdoing about sexual issues and topics in our society, any information about sex, deviance, sexual or verbal harassment and rape are hushed. Day in, day out, victims are increasingly oppressed and frustrated.”

Commenting on the Medusa trend, Nabil said, “With the rise of social media, there is a wider space to express oneself and one’s distress … These spaces have become platforms for expression of pain and anguish and for portraying a symbolic image of the rapist or mentioning them indirectly or through insinuations.”

A 2017 report by UN Women in Arab States found that 40% to 60% of women in the Middle East and North Africa region had been subject to a form of abuse. According to the report, 30% to 64% of men interviewed have acknowledged conducting abuse.