The Israeli army investigation into the killing of Al Jazeera journalist Shireen Abu Akleh stirred outrage among her family and rights organizations. 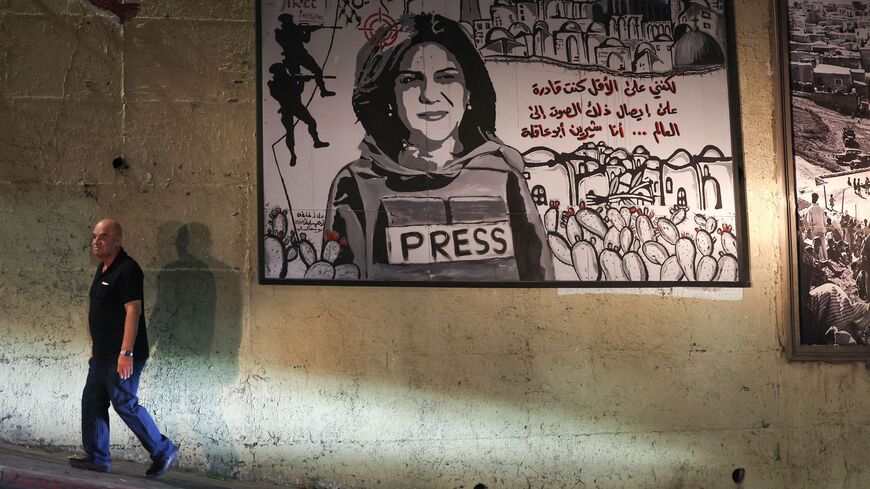 A man walks past a mural depicting slain Palestinian-American journalist Shireen Abu Akleh, on a street in the Arab town of Umm Al-Fahm in northern Israel, on Sept. 5, 2022. - AHMAD GHARABLI/AFP via Getty Images

After months of soft pressure from Washington, the Israeli army finally released the results of its own investigation into the circumstances around the killing of American-Palestinian journalist Shireen Abu Akleh on May 11. But while the Israelis are moving closer and closer to hinting at some culpability — saying it was "likely" that the bullet that killed the journalist came from an Israeli soldier — the motive behind the shooting was whitewashed.

The Israeli military said that while it is "not possible to unequivocally determine the source of the gunfire" that killed Abu Akleh, "there is a high possibility" she was "accidentally hit" by IDF fire. Israel stopped short of taking responsibility and will not proceed with a criminal investigation.

It was difficult to find any knowledgeable person who accepts the Israeli explanation and claims of a mistake by the Israeli soldier. The Abu Akleh family issued a detailed statement saying that "as expected, Israel has refused to take responsibility for murdering Shireen.”

The statement further called on the US Congress, the Biden administration and others to “follow through with meaningful action.”

One US lawmaker was quick to poke a huge hole in the Israeli report. US Senator Chris Van Hollen of Maryland hit back at the well-crafted Israeli attempts to absolve themselves of direct responsibility.

Van Hollen tweeted a simple but powerful rebuttal after the Israeli results were released. "The crux of the ‘defense’ in this IDF report is that a soldier was ‘returning fire’ from militants. But investigations @NYTimes @AP @CNN @washingtonpost & @UN found no such firing at the time. This underscores the need for independent US inquiry into this American journalist’s death.”

The Israeli human rights organization B’tselem rejected the Israeli report, saying, “It's not an investigation, it's whitewash; it was no mistake, it's policy.”

It is not clear how far Washington — which raised hell toward the Saudis after the murder of US resident Jamal Khashoggi — will go to push Israel, even though Abu Akleh was a US citizen.

Israeli journalist Barak Ravid, quoting a State Department spokesman, reported in a tweet that “the US is going to press Israel to review the rules of engagement of the IDF in the West Bank and to take steps to mitigate the risk for civilians and to protect journalists."

Some Israeli reports have talked about the need for the Israeli army to compensate the Abu Akleh family for the death of Shireen, but neither the family nor Al Jazeera, the outlet for which she was employed, has made that demand or is likely to even entertain the idea.

Al Jazeera denounced the findings of the Israeli military's inquiry into the killing, saying it was “an attempt by the Israeli Occupation Forces to evade criminal responsibility” for the fatal shooting of the veteran journalist.

Abu Akleh has posthumously received the National Press Club President’s Award honoring her contribution to journalism, as calls continue to demand accountability for her killing.

Abu Akleh’s niece, Lina Abu Akleh, was unable to hold back tears as she accepted the award on the late correspondent’s behalf at a ceremony on Aug. 31 in Washington, DC.

On the ground, it is hard to imagine that — in the midst of an election season in Israel — Defense Minister Benny Gantz, one of the leading contenders for the post of prime minister, will put an Israeli soldier on trial even if it is to please Israel’s closest ally, the United States. Washington appears to understand that, and so with the exception of a request to review the rules of engagement, it is unlikely that anything will happen on this front — at least not until the Nov. 1 election date and possibly much longer after that.