Senators Van Hollen, Leahy, Murphy and Durbin said the US review “hardly constitutes an independent investigation into the overall circumstances of her killing.” 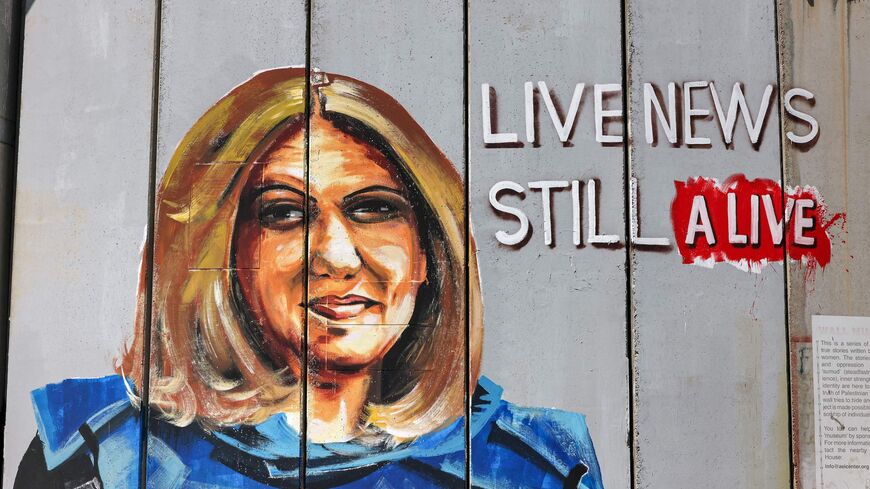 This picture taken on July 6, 2022, shows a mural depicting slain Al Jazeera journalist Shireen Abu Akleh, who was killed while covering an Israeli army raid in Jenin in May. - AHMAD GHARABLI/AFP via Getty Images

On the eve of President Joe Biden’s closely watched visit to Israel and the West Bank, a group of Democratic senators demanded accountability for the killing of Palestinian-American journalist Shireen Abu Akleh, whom US investigators concluded most likely died by Israeli gunfire.

The State Department said on July 4 that US officials had determined that a bullet fired from Israeli military lines was “likely responsible” for Abu Akleh's shooting death. The United States Security Coordinator, which oversees security ties between Israel and the Palestinians, found "no reason to believe” Israel intentionally targeted the journalist.

Abu Akleh, a veteran correspondent for Al Jazeera, was fatally shot while reporting on a raid in the West Bank’s Jenin refugee camp on May 11. State Department spokesperson Ned Price said the recovered bullet was too badly damaged to reach a definite conclusion about the source of the gunfire.

In a letter to Secretary of State Antony Blinken, Sens. Chris Van Hollen (D-Md.), Patrick Leahy (D-Vt.), Chris Murphy (D-Conn.) and Dick Durbin (D-Ill.) wrote that the US review “hardly constitutes an independent investigation into the overall circumstances of her killing.”

They and 20 other senators, along with 57 House members, had previously called for the United States to be directly involved in any investigation into Abu Akleh’s death. Last week, Price defended the administration’s involvement as “not a criminal investigation” but an effort to “summarize the findings” reached by the Israel Defense Forces and the Palestinian Authority. That included a visit to the site of Abu Akleh’s killing.

“This does not meet any plausible definition of the ‘independent’ investigation that you and members of Congress have called for,” the senators wrote. “Nor does it provide the transparency that this case demands.”

"We write to seek further information regarding how the administration plans to ensure that an independent, thorough and transparent investigation is conducted into the shooting death of this American citizen and journalist," they said.

The letter includes more than a dozen questions for Blinken, including whether US officials interviewed any witnesses. Abu Akleh’s television crew and other Palestinian witnesses say there were no militants in the area when she was shot.

For many Palestinians, the US statement on Abu Akleh’s death was proof the United States cannot be trusted to be impartial. Abu Akleh’s family said the Biden administration’s review was of “cold comfort” to them and that they expected an American-led investigation to focus on determining who was responsible for her death.

In a statement provided to Al-Monitor, PA spokesperson Ibrahim Milhem accused the United States of “forgery, fabrication and obscuring the clear facts in Israel’s responsibility for the assassination." Milhem said PA President Mahmoud Abbas will discuss Abu Akleh’s killing with Biden during their meeting on Friday in Bethlehem.