Israel threatened to target Hamas and its leaders in the Gaza Strip over the movement’s role in inciting young Palestinians to attack Israel in the West Bank and forming and funding military cells. 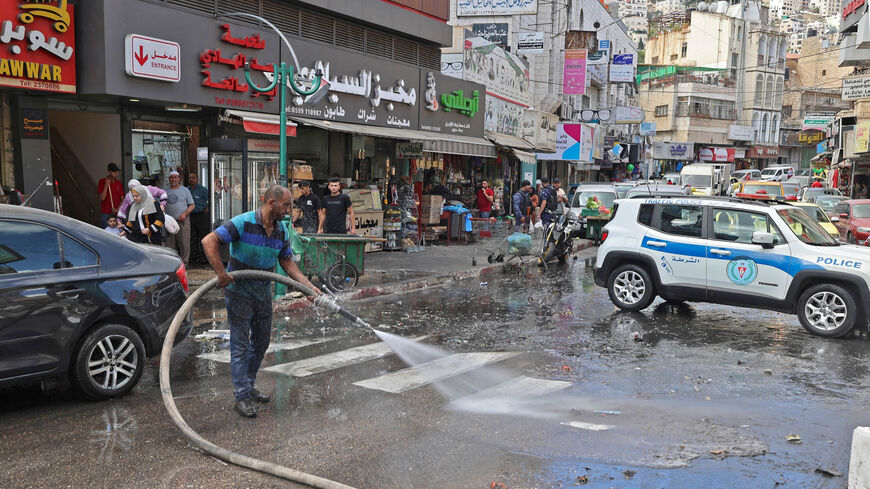 According to the channel, Bar also stressed that the situation in Gaza cannot remain calm while Hamas is igniting the West Bank by recruiting cells and planning armed attacks against Israel. The channel also reported that Israel will launch a new operation in Gaza in case Hamas does not stop interfering in the West Bank.

In a Sept. 25 statement, Hamas spokesman Fawzi Barhoum said Bar’s comments reflect the political, security and military distress that the Israeli leaders are facing due to the new equation the resistance has imposed in the Gaza Strip and the growing resistance in the West Bank and Jerusalem.

“We are used to such threats, and they do not scare our Palestinian people nor the leaders of the resistance,” he added.

Concern is growing in Israel that Hamas is trying to ignite the situation in the West Bank, while keeping the Gaza front calm.

On Sept. 23, the Shin Bet announced the arrest of an armed cell established and funded by Hamas in the West Bank. The security services said the cell was responsible for shooting attacks on cars belonging to Israeli settlers in the village of Huwara near Nablus, in the northern West Bank.

On Sept. 19, the Shin Bet also announced the arrest of several members of a Hamas cell in Nablus and Hebron, planning armed attacks against Israeli targets.

According to the Shin Bet, the cell members received instructions on how to manufacture explosive devices from a Gaza-based person belonging to Hamas and received funding that they used to buy explosive material.

Earlier in May, Israeli forces had dismantled a cell based in Jerusalem planning attacks against various targets, including far-right Knesset member Itamar Ben Gvir.

Fadi Nahas, a researcher on Israeli national security and military affairs at the Palestinian Forum for Israeli Studies – MADAR, told Al-Monitor, “Bar’s threats come as part of the Israeli security discourse only. Since 2007, Israel has been working based on its policy to separate between the Gaza Strip and the West Bank.”

He said, “Israel knows very well that the current operations happening in the West Bank are outside the control of the active forces such as Fatah. Israel seems unable to deal with this situation. However, it will not mess with its policy of separation between Gaza and the West Bank.”

Nahas noted that Bar’s recent warning “reflects a state of confusion within the Israeli military and security establishments in light of the unprecedented resistance actions carried out by young Palestinians [in the West Bank] outside the political framework.”

He added that Israel is concerned about Hamas and its role in igniting the situation in the West Bank, in light of the Palestinian Authority’s declining influence and the end of President Mahmoud Abbas’ term.

Israel has raised the state of alert and beefed up its security presence in Jerusalem, warning of potential attacks against Israelis in the West Bank and Jerusalem during the Jewish holidays, which began Sept. 26 and will continue until mid-October. This period usually witnesses increased incursions by Israeli settlers into Al-Aqsa Mosque compound in East Jerusalem.

Two days later, the PA’s General Intelligence Service announced the seizure of a workshop in Hebron for the manufacture of weapons that were used in operations against Israel.