Israel seeks technological cooperation with US

What Israel perceives as inflexible American demands on data security might stand in the way of establishing true technological cooperation between Israel and the United States. 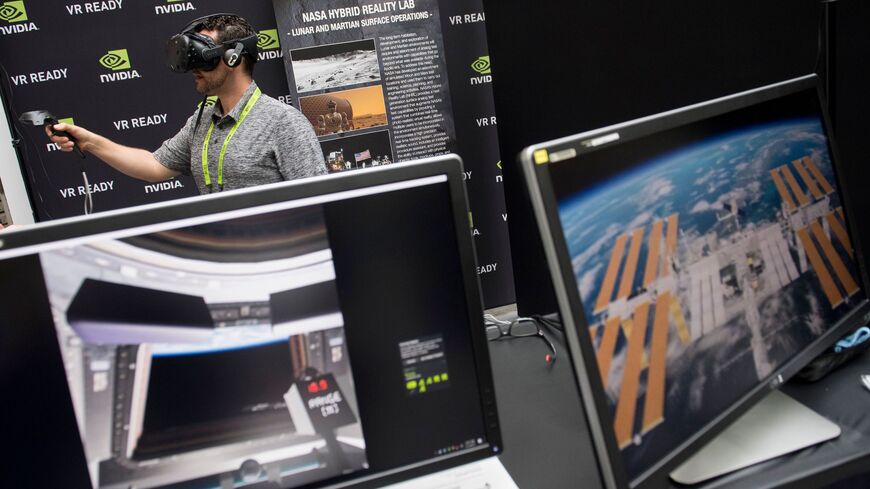 The term “strategic dialogue” in referring to talks between Israel and the United States is linked in people’s minds to issues such as the Iranian nuclear program, ensuring Israel’s military superiority, the geopolitics of the Middle East and military intelligence cooperation between the two sides. The strategic dialogue launched this week in Washington by two high-ranking delegations is unusual in the defense-security context, described as a “strategic high-level dialogue on technology."

As strange as it may sound, the technological cooperation between these two longtime and deeply engaged allies has been found lacking. Israel does not have a foothold in the giant US labs with their cutting-edge work on quantum computing, artificial intelligence and many other sensitive innovative fields.

While an estimated 60% of Israeli scientists cooperate with their European counterparts within the framework of various programs, the rate of Israeli-US cooperation is far smaller. In fact, on technological matters, the distance between the United States and Israel is as great as the ocean that divides them. The new dialogue is intended to bridge that gap, as pledged by President Joe Biden on his historic July visit to Israel.

The Israeli side of the talks is being led by Minister of Innovation, Science, Technology and Space Orit Farkash-Hacohen and national security adviser Eyal Hulata. It includes senior justice and energy ministry officials and representatives of cyber and high-tech industries. Its task is to bring down the walls preventing Israeli and US cooperation, especially in quantum computing, AI, climate change, food-tech, clean-tech and pandemic control. “The Biden administration has decided to invest vast sums in these fields and to lead the US to a new era. For Israel, a foothold in this journey is an important step. And for this to happen, we have to start working with the Americans,” one of the Israeli delegation leaders told Al-Monitor.

What has prevented such joint activity and knowledge sharing between the US superpower and its allied Mediterranean mini-power? The highly sensitive matter of cybersecurity. The US protects its technology zealously, especially against its main competitor, China. “They are unwilling to work with anyone who does not adhere completely to their security demands,” an Israeli delegation participant told Al-Monitor on condition of anonymity. “They have fairly stringent demands, which contradict Israel’s world view to a large extent. We are here to fix this.”

The elephant in the room is the ongoing crisis between the two countries over Israel’s offensive cyber industry. In an interview last week with the Maariv newspaper, Defense Ministry Director General Amir Eshel admitted for the first time in public that the US administration had declared war on Israel’s civilian offensive cyber industry. He further said that Israel had failed to get the attention of the US administration in order to resolve this problem.

The offensive cyber issue did not figure in the strategic dialogue launched this week and does not appear to clash with it in any way. But the crisis is clouding the strategic talks nonetheless, and Israel understands it must be defused if it wants to join the limited membership club of countries benefitting from the research and development of the giant US labs. That means playing by the American rules of the game.

Farkash-Hacohen took part in talks earlier this month on Sept. 15 in Washington at the White House and National Security Council, signing an initial agreement to expand collaboration in the field of quantum science. Her goal is to achieve a series of cooperation agreements, joint projects and initiatives with the United States. Farkash-Hacohen is hopeful that Israel can lay to rest American concerns regarding cybersecurity.

Other members of the delegation, which also includes the Energy Ministry’s chief scientist, Gideon Friedman, are equally confident. “We share the same culture,” one official told Al-Monitor on condition of anonymity. “US technology is cutting edge, and Israel, too, has quite a few centers of excellence.”

The official said Israel would be happy to form a joint working group with the United States to examine ideas and proposals for cooperation. “Israel is a US ally, and there is no reason that the close intelligence, security and economic cooperation between us cannot be translated into technology issues. We are willing to do all it takes for this to happen.”

The discussions between the parties will proceed on two separate tracks.

One will focus initially on mapping the areas for potential collaboration and joint projects, especially in the areas in which Israel is most interested — quantum computing and artificial intelligence — but also climate issues, pandemic control and more.

The second track, which underpins the dialogue’s viability, is the one on which the parties will seek to formulate the rules of cooperation, and especially the rules for securing information and technology hermetically to prevent them from leaking to external parties. Israel is optimistic about achieving a formula and an agreed-upon course of action that will enable both sides to open up to each other and embark on a new technological era.