The sale follows the Iraqi federal government pressuring international firms to pull out of the autonomous region, which has led to concern from the US State Department. 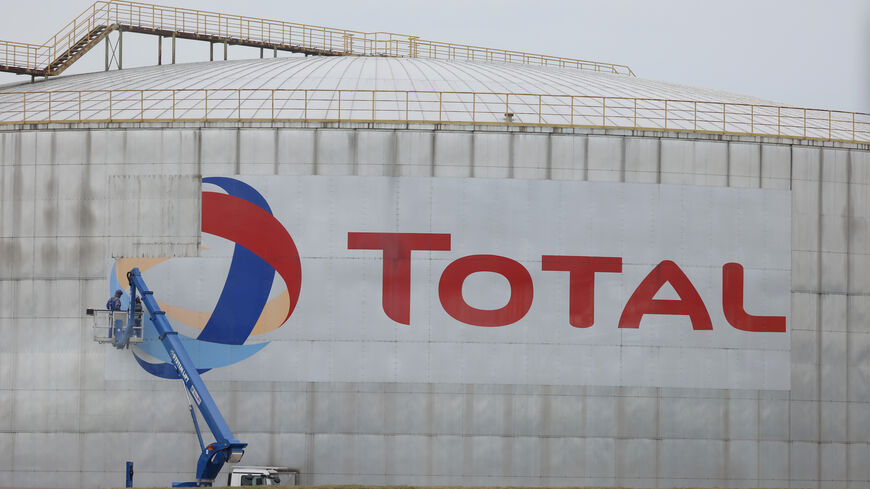 An oil storage tank stands at the TotalEnergies Leuna oil refinery at the Leuna Refinery and Chemical Park on May 16, 2022, in Leuna, Germany. - Sean Gallup/Getty Images

A French energy giant has completed the sale of its stake in an Iraqi oil field.

TotalEnergies sold its 18% interest in the Sarsang oil field in the Kurdistan Region of Iraq to ShaMaran Petroleum Corp for $155 million. An additional $15 million is payable “depending on production and oil prices,” according to a press release.

Why it matters: TotalEnergies did not share why it sold the stake and spokespeople did not immediately respond to Al-Monitor’s request for comment.

The sale follows the Iraqi federal supreme court's February ruling that the Kurdistan Regional Government's 2007 oil and gas law is unconstitutional. The KRG used the law to develop an independent oil and gas sector and make deals with international companies outside the scope of the federal government in Baghdad. The KRG has rejected the ruling from the start and the dispute has led to tensions between Erbil and Baghdad.

Recently, the federal government has been pressuring international energy companies to stop doing business in the Kurdistan Region. Some US oil companies pulled out of the region over the summer.

TotalEnergies still maintains its 22.5% interest in the Halfway oil field in southern Iraq, according to the press release. This field is in federal government territory.

US Assistant Secretary of State for Near Eastern Affairs Barbara Leaf addressed the Iraqi-Kurdish oil dispute yesterday and expressed concern regarding its effects on international energy companies in the country.

"There’s no question that there’s a need for a larger hydrocarbons legal framework to resolve this," Leaf told reporters. "Washington is quite concerned that rushing forward and implementing this decision risks driving US firms out of Iraq, other firms out of Iraq, which would be a terrible vote of no confidence in the business environment in Iraq and, frankly, could produce wider economic repercussions well beyond the Kurdish region of Iraq."

In an interview with Al-Monitor Wednesday, US Deputy Assistant Secretary for Iran and Iraq Jennifer Gavito commented on the Baghdad-Erbil oil dispute, saying, "While respecting Iraq’s constitutional framework, which we do, the US is encouraging both sides to seek a negotiated solution that supports both the existing and future investment that puts the needs and interests of the Iraqi people at the forefront, including those people in the Iraqi Kurdistan Region."

Know more: TotalEnergies has business interests in other parts of the Middle East as well. In June, Qatar named TotalEnergies as a partner in one of its natural gas fields. In July, TotalEnergies signed an agreement with the Abu Dhabi National Oil Company (ADNOC) to work on carbon capture. TotalEnergies also owns numerous fuel stations in Egypt, but recently sold half of its Egyptian branch to ADNOC.

Editor's note: this article was updated to correct the terms of the Sarsang oil field stake sale.