Much like the 2021 election campaign, but with multiple efforts, opposition leader Benjamin Netanyahu opens Arabic-language accounts on all social media networks. 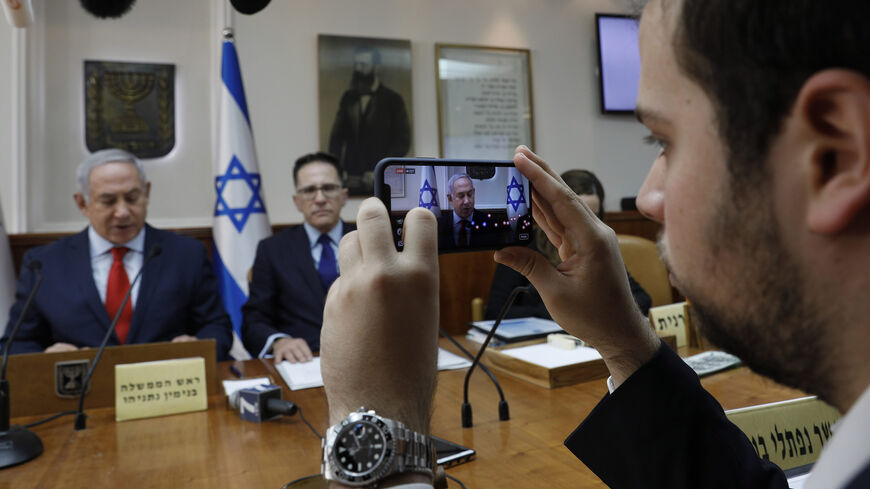 Netanyahu's Facebook page was not very active during the Bennett-Lapid government with only 16 posts in an entire year, but since the Knesset dissolved this summer, the account has become more active with 29 posts in Arabic to date. It may seem like another politician courting votes, but when it comes to Netanyahu there is obviously much more to it.

Netanyahu ostensibly intends to revive his 2021 “Abu Yair” campaign, where the Likud party put up posters of their leader in Arabic in Arab towns and villages, distributed Arabic-language car stickers and even created an Arabic-language jingle. The Likud organized frequent meetings with Arab leaders and incessant visits of Netanyahu and other party seniors to Arab towns and villages. At the time, many Israeli citizens wondered about this sudden intense courtship of Netanyahu, and whether Netanyahu just woke up one morning and decided to turn over a new leaf in his relationship with the Arab public.

As a result of that campaign, the Likud received a little over 20,000 votes in Arab municipalities of all regions (Druze, Muslims and Christian). Still, Netanyahu’s real achievement was not in the number of Arabic votes, but rather that he succeeded — from his point of view — in sedating the Arab street, giving Arab citizens no reason to go to the polls. Suddenly, for them, Netanyahu was less of the enemy he used to be.

The Arab voter turnout in the last election was only 44.6%, an unprecedented low that led to the decline of the Arab parties — the Arab Joint List and Ra'am — from 15 mandates in the 23rd Knesset to only 10 mandates in the outgoing Knesset. Evidently, these results played into the hands of Netanyahu and his right-wing camp.

The 2021 “Abu Yair” campaign came in stark contrast to the three preceding campaigns. In those campaigns, Netanyahu took a belligerent and aggressive line against the Arab public, which included the 2019 Camera Law proposal for the installation of cameras in Arab localities’ polling stations; a chatbot announcement on Facebook warning about the Arabs allegedly stealing the election — “the Arabs want to destroy us all — women, children and men”; and the Nationality Law and other legislation against the Arab population.

All of these actions and initiatives evidently caused the Arab public to feel frustrated at the incitement and delegitimization against them in the Likud party and to seek “revenge” at Netanyahu by voting. It hit Netanyahu like a boomerang, as the Arab voting rate increased every election and reached a high of 64.8% in the 2020 election, which only prevented him from getting the longed-for 61st mandate that he had so aspired to since the endless loop of elections that started in 2019.

These results explain why in 2012 Netanyahu changed strategies toward the Arab population. He started to visit Arab towns, drink coffee with the Bedouin population in the Negev Desert and market the image of a new Netanyahu who was no longer inciting against them and delegitimizing them. Instead of the archenemy Netanyahu, the Likud started selling a "new" candidate named “Abu Yair” who allegedly viewed the Arab public as part of the State of Israel. The unspoken strategy was to indirectly encourage them not to vote.

This could (again) be the real goal of creating Arabic-language social media accounts, to continue the success of the “Abu Yair” campaign, and to indirectly cause the Arab public to stay home.

Strategic consultant Lior Horev discussed the creation of these Arabic-language accounts with Al-Monitor, saying, “Netanyahu does not abandon any fronts. He is everywhere on the eve of an election, whether it is a local radio station or a local newspaper in a Godforsaken place; he doesn’t scorn any microphone. However, we should note that social media is not only for broadcasting messages; it can also be used as a tool to collect data and identify trends, so that Netanyahu could identify topics discussed in the Arab public and sharpen his messaging accordingly.”

As to the question of whether Netanyahu will continue his strategy of sedating the Arab street, Horev surprisingly noted, “Netanyahu recognizes that there is a mandate to a mandate and a half that he could win among the Arab public, and so he will aim to close any gaps he has among Jewish voters with Arab voters.”