Ultra-nationalist lawmaker ramps up ahead of Israeli elections

Head of the far-right Otzma Yehudit faction Itamar Ben Gvir says he no longer needs the Religious Zionism party as an ally to get into the Knesset. 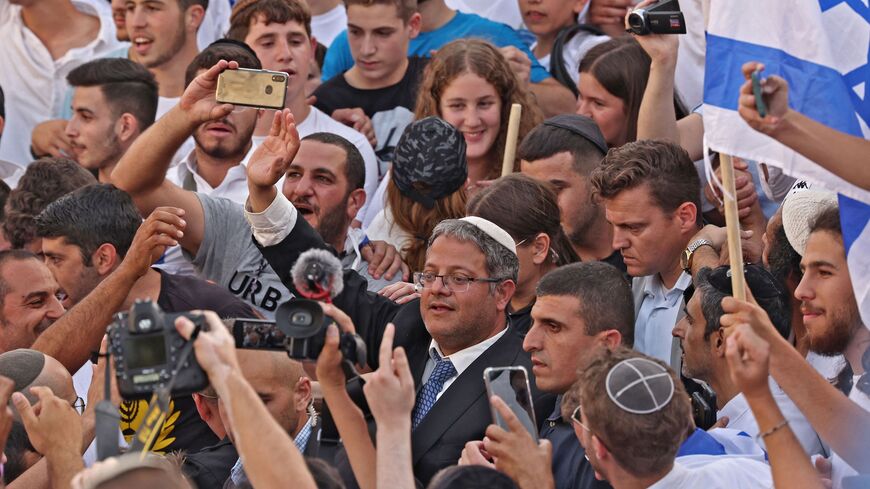 He said, “I have tried every way to achieve unity between us, but since Bezalel has rejected every concession, I declare tonight with a full heart that Otzma Yehudit will run by itself in the elections.”

Ben Gvir went on, “In every poll, in every check, in every study, on every tour where we met public opinion in the field and on the street, we’re multiple times larger than him and he demands three quarters of this party for himself.”

He then claimed that during negotiations with Smotrich, he had given up on the first place on the potential joint list and also on having a majority of the Knesset list for Otzma Yehudit.

Religious Zionism party, established some 20 years ago, is the more-right-wing offspring of the National Religious party, founded shortly after the State of Israel was born. Otzma Yehudit is an anti-Arab party, founded about a decade ago, affiliated with the ideology of ultranationalist Meir Kahane.

For years, extremist Ben Gvir has been a controversial figure in Israeli politics, even among the right. Although he has his own independent power base, the other parties on the right had constantly refused to join forces with him. Before the March 2020 election, for example, former Prime Minister Naftali Bennett refused to include Ben Gvir in his Yamina party list. Bennet said that Ben Gvir was unsuitable, because he [Ben Gvir] had a picture of Dr. Baruch Goldstein hanging in his living room. Goldstein was the perpetrator of the 1994 Cave of the Patriarchs massacre, in which 29 Muslim worshippers were killed.

Ben Gvir’s reputation as an extremist goes back to his youth. He is still remembered for stealing the emblem from Prime Minister Yitzhak Rabin’s Cadillac just a few weeks before Rabin was assassinated. At the time, Ben Gvir appeared on television brandishing the stolen emblem while threatening: “We got to his car, and we’ll get to him, too.”

This extreme act of political violence alienated much of the right. Still a provocateur, he had been convicted of inciting for violence and of obstructing the police. It is this sordid past that has long haunted Ben Gvir. He ran for Knesset on more than one occasion but never managed to pass the electoral threshold. Eventually, he did make it into the Knesset, but only by joining forces with Smotrich.

Over the last year, Ben Gvir emerged as a rising star in far-right politics. In fact, according to public opinion polls, quite a few young people, including soldiers, flock to him, inspired by his anti-Arab message and belligerent sloganeering. And there is another new phenomenon: his fan club now includes also young ultra-Orthodox voters, who would otherwise support in the polls the ultra-Orthodox parties.

Ben Gvir was able to grow his base during the current government’s term by claiming that Jewish-Arab partnership is inherently dangerous, since it inevitably (so he claimed) results in terrorism. Polls in recent weeks suggested he could actually win more seats than Smotrich if he ran independently.

Since Ben Gvir apparently no longer needs Smotrich anymore, he was able to present a list of conditions if their two parties were to run together again. When he did not get the answer he wanted, Ben Gvir announced that his faction would be running separately.

Responding to Ben Gvir’s press conference, Smotrich claimed the move was “a serious mistake,” which would endanger the right. He argued that, “the national camp cannot permit itself splits and rifts, and there is a great danger of votes being thrown in the trash as has happened not just once or twice.”

Smotrich added that “we ran together in the last elections and we brought great success. We combined our powers as a single, united list in Religious Zionism last year and we conducted an extraordinary fight to take down this dangerous and bad government that relied on terrorism supporters from the Muslim Brotherhood.”

Ben Gvir’s announcement was dramatic. Still, we must remember that we are still a month away from the deadline when the parties are required by law to finalize their Knesset lists. That leaves Ben Gvir and Smotrich plenty of time to overcome any differences.

Though Ben Gvir announced that his faction would be running separately for the Knesset, he was careful not to slam the door completely on Smotrich and the Religious Zionism party. What he did can certainly be seen as explosive, but it was a controlled detonation, most likely intended to raise the price of his party’s participation in negotiations to unite the far-right factions.

One person watching these developments closely is the head of the Likud party, former Prime Minister Benjamin Netanyahu. He needs both Smotrich and Ben Gvir to be as electorally-strong as possible in the next election. It remains unclear whether Netanyahu would prefer for them to run together or separately, but it is believed that as the deadline to finalize the lists approaches, he will throw all his weight into shaping their decision.

This is because Netanyahu cannot allow any mistakes when it comes to the party lists on the right. He needs 61 seats to put together a government, and squabbles among the right and the fragmentation of the existing parties could cost those very seats. On the other hand, a case can also be made that running separately could actually maximize the number of seats held by the extreme right.

Meanwhile, Ben Gvir is clearly enjoying all the media attention. He appears regularly on news shows, and when he called a press conference this week, it was aired live in primetime. In a sense, he has been able to soften his image and transform himself from the kind of politician deemed illegitimate even among large swathes of the right, to a popular leader with even more support than Smotrich.

Still, showing his true colors, Ben Gvir said yesterday he would seek to expel Arabs who attack IDF soldiers. In an interview to the army radio station hours after his press conference, Ben Gvir said that anyone who throws a Molotov cocktail or rocks at IDF troops should be punished, have his citizenship stripped and leave. Pressed on where such supposed people would be deported to, Ben Gvir said, “there are lots of places that are looking for workers,” suggesting that Europe would be an option.