The sovereign wealth fund led by the crown prince has shown a strong interest in technology such as video games. 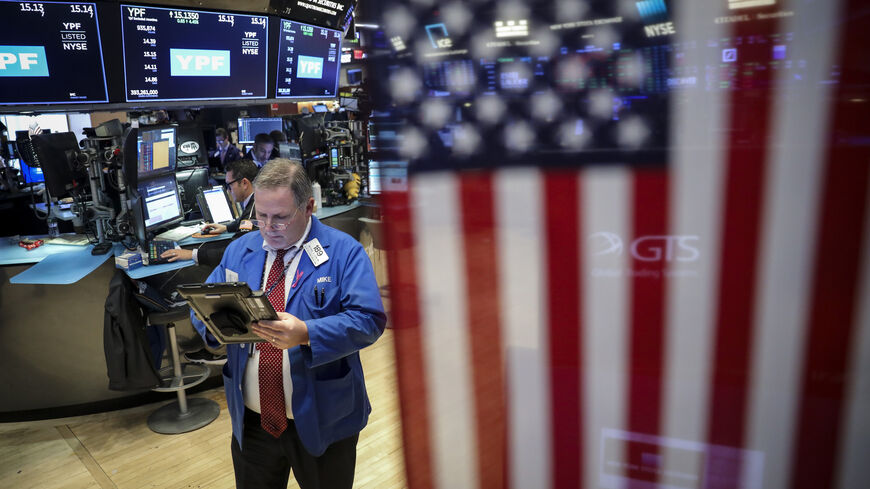 Traders and financial professionals work ahead of the closing bell on the floor on the New York Stock Exchange on Oct. 26, 2018, in New York City. - Drew Angerer/Getty Images

Saudi Arabia’s sovereign wealth fund has invested hundreds of millions of dollars in several US companies, according to a new filing. The Gulf kingdom continues to aggressively pursue economic diversification with its investments.

The Public Investment Fund revealed the following holdings via stock shares, among others, according to a US Securities and Exchange Commission filing from yesterday:

The filing was made yesterday, but is dated to June 30. The US stock market has fallen significantly this year.

Why it matters: The Public Investment Fund is led by Crown Prince Mohammed bin Salman, who is spearheading the kingdom’s efforts to diversify and reduce dependence on oil.

The fund already owned shares in some of the companies. For example, it already had 418,000 shares of Meta, and now possesses 2.9 million shares, according to the business news outlet Zawya.

In general, Saudi Arabia’s state entities are prioritizing investment in futuristic technologies. In February, the Saudi state-owned oil firm Aramco announced a major investment in blockchain technology. In April, Aramco agreed to support an artificial intelligence center in the kingdom.

Oil remains a major part of the Saudi economy, however. This week, Aramco announced a record $48 billion in quarter two profits amid historically high oil prices this year.

Know more: One of the Public Investment Fund’s most talked about recent investments is the LIV Golf league, which has successfully signed some of the biggest names in the sport, despite controversy.