Lebanese cannot access most of their savings amid the worsening economic meltdown. 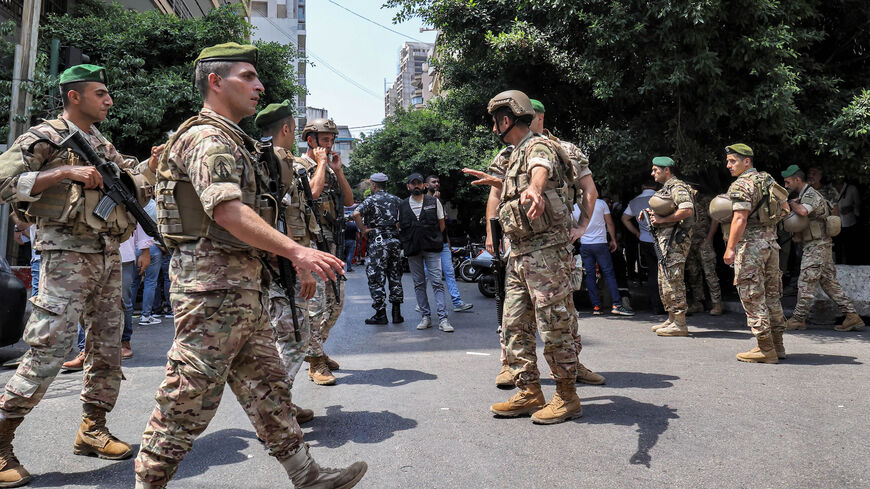 A Lebanese man who held up a bank at gunpoint today demanding his deposit has left in the custody of security forces.

The man entered a Federal Bank in downtown Beirut’s Hamra neighborhood with a long gun at earlier today and demanded he be given his deposit of $210,000. The man also said he needed money to pay his father’s hospital bills. Videos circulated on social media showing the man holding people in the bank hostage during the ordeal.

Several Lebanese media outlets reported at around 6:30 pm local time that the man left the bank in custody of security forces. Some reported that he received $35,000 in the end, others said $30,000.

Lebanon’s official National News Agency previously reported that the man rejected an offer to receive $30,000 of his deposit.

Lebanese media reported that the man’s name is Bassam al-Sheikh Hussein. This name subsequently trended on Twitter, with many Lebanese praising his actions.

Why it matters: Most Lebanese have lost the bulk of their savings due to the financial crisis in the country. For decades, $1 was worth 1,500 Lebanese lira through a pegged system enforced by the Lebanese Central Bank. However, the lira has since fallen to about 30,000 to the dollar, considerably devaluating people’s savings in lira. Banks are also unable to give depositors most of their savings due to mismanagement of funds and informal capital controls with weekly and monthly quotas that differ from one bank to the other.

Earlier this month, the World Bank released a damning report on Lebanon’s finances, accusing the ruling elite of running a “Ponzi scheme.” They specifically mentioned the misuse of bank funds, deliberate weakening of public services for profit, and more.

Know more: Lebanese banks went on strike last week. Past bank strikes have been carried out due to security concerns over the well-being and security of the staff, as popular anger erupted in different parts of the country with depositors being restricted from accessing their accounts in dollars. The country is witnessing an increasing hike in prices of all goods, basic necessities, and oil and gas on almost a daily basis. Salaries of government employees and others still earning paychecks in Lebanese lira have not been adjusted to the ongoing inflation, as people’s savings are still inaccessible and mostly devalued.

The head of Lebanon's Federation of Syndicates of Banks Employees George al-Hajj said earlier today that they will not go on strike in response to the hostage incident. However, he said he will ask the Interior Ministry for more security at banks. He also said he wanted the issue today to be resolved peacefully, Naharnet reported.

Update: On Aug. 16, Reuters reported that Hussein was released from detention without charge.