Many Lebanese watchers praised the woman who held up the bank to get her own money as most Lebanese cannot access their funds due to systemic financial mismanagement and corruption. 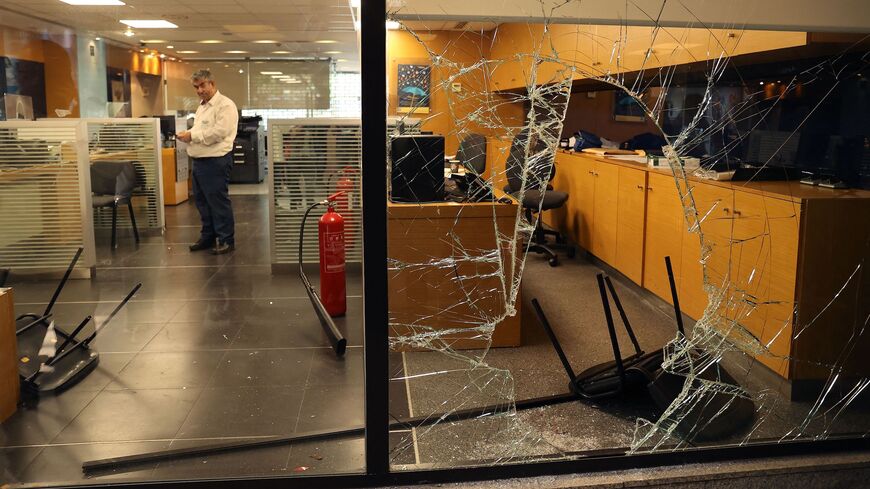 The glass facade of a bank in the Lebanese capital Beirut is broken after a woman stormed it demanding access to her deposits to pay for her hospital fees, on Sept. 14, 2022. - ANWAR AMRO/AFP via Getty Images

Two people held up banks in Lebanon today in an effort to withdraw their own money.

What happened: Sali Hafiz entered a branch of BLOM Bank in Beirut with a toy handgun and demanded her savings. Hafez, accompanied by political activists, said she needed to pay for her sister’s cancer treatment. She eventually left with $13,000, according to local media.

Hafiz broadcast the incident live on her Facebook page. The video has been viewed more than 480,000 times.

A man identifying himself as Hafiz’ husband later appeared on Al-Jadeed TV with Hafiz’ sick sister.

Videos of the incident went viral on Lebanese social media and many viewers praised her actions.

“The people will not remain silent about the theft carried out by the banks,” the Association of Depositors in Lebanon said on Facebook. Later in the day, the association said another bank had been held up in Aley, south of Beirut. One arrest was reported in relation to the incident, which occurred at a BankMed branch.

Hafiz later said on Facebook that she was at the Beirut airport en route to Istanbul. Reuters later reported that she was hiding in Lebanon's Beqaa valley.

Why it matters: Most Lebanese are unable to access their savings amid the continuing economic crisis. For decades, $1 was worth 1,500 Lebanese lira through a system enforced by the Lebanese Central Bank. The lira has since fallen to about 37,000 to the dollar on the black market, devaluating people’s savings. Banks are also unable to return deposits due to mismanagement of funds and informal capital controls with differing quotas.

The incidents at the banks today follow a man holding up a bank in Beirut at gunpoint in August, ultimately leaving with around $30,000 of his own money. He was arrested and then released shortly thereafter.

Update: on Sept. 16, at least five more banks in Lebanon were held up, leading banks to go on strike. This followed Lebanese activists promising more bank heists. This article was also edited to include information on Hafiz' whereabouts.