Family of man who held up Beirut bank stages protest

Bassam al-Sheikh Hussein took hostages at gunpoint to get his own money out of the bank. Many Lebanese, who are unable to access their savings amid the economic crisis, called him a hero. 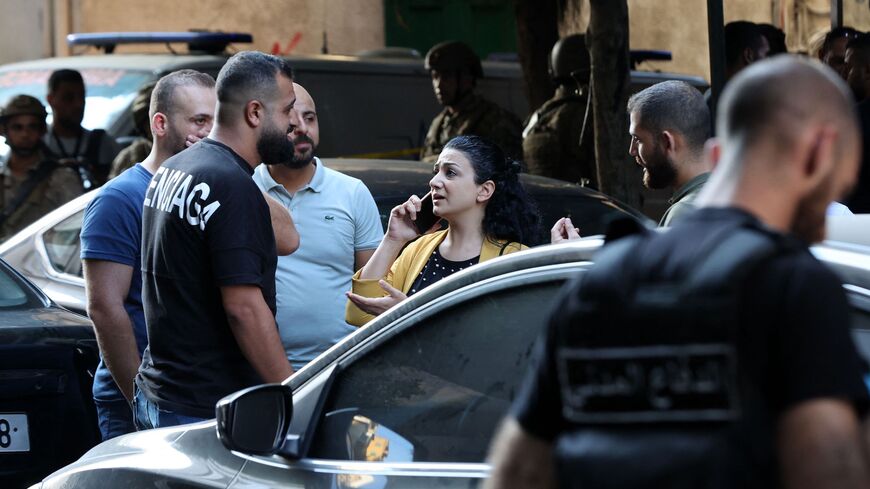 A bank employee leaves the Federal Bank of Lebanon after being held hostage by an armed customer demanding the return of his bank deposits, on Beirut's Hamra Street, Aug. 11, 2022. - ANWAR AMRO/AFP via Getty Images

The family of the man who held up a Beirut bank is protesting his detention. The issue is representative of the financial toll Lebanon’s economic crisis is taking on the people.

Bassam al-Sheikh Hussein entered Federal Bank in downtown Beirut yesterday armed with a gun. He held people hostage and claimed he had $210,000 in the bank and needed to pay for his father’s medical bills. After several hours, he left with $35,000 and was arrested.

Today, members of his family protested and blocked a road in Beirut’s Ouzai neighborhood in opposition to his detention.

The mother, who did not give her name, accused Lebanon’s leaders of stealing from and “killing” the Lebanese people.

“He who asks for his rights, is he a thief? Or are you all thieves?” she said. “Let them come and kill us here. Israel didn’t kill us.”

Lebanon is officially in a state of war with Israel. The last all-out war was fought in 2006. Hezbollah and Israel continue clash on and off at the southern border.

Why it matters: Most Lebanese have lost much of their savings due to the economic crisis, which began in 2019. For decades, $1 was worth 1,500 Lebanese lira through a pegged system enforced by the central bank. The lira has since fallen to about 30,000 to the dollar, considerably devaluating people’s savings in the currency. Banks are also unable to give depositors most of their savings due to mismanagement of funds and informal capital controls.

For that reason, many in Lebanon referred to Hussein as a “hero” for getting his money, though others criticized his tactics, according to Lebanese media.

Know more: This is not the first time someone in Lebanon has taken hostages to access their savings. In January, a man in eastern Lebanon took seven bank employees hostage and subsequently was able to withdraw $550,000, The National reported at the time.

Update: On Aug. 16, Reuters reported that Hussein was released from detention without charge.