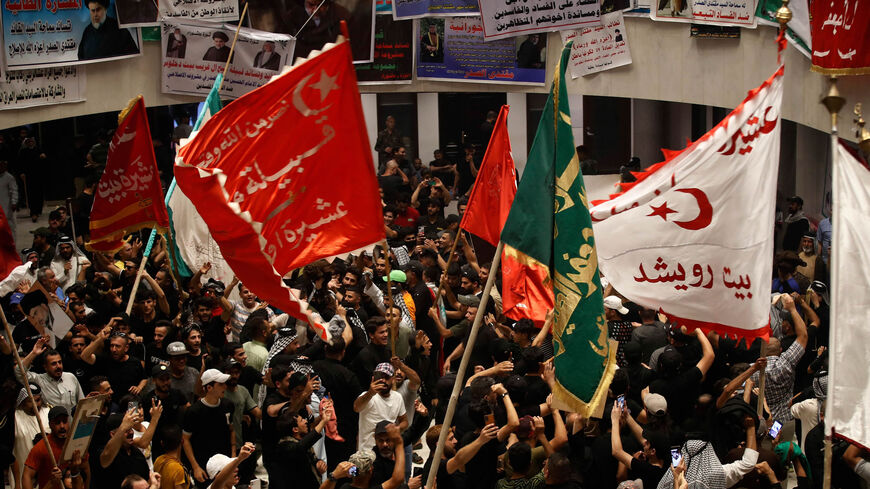 Supporters of Iraqi cleric Muqtada al-Sadr wave flags as they occupy the Iraqi parliament for a sixth consecutive day, in protest at a nomination for prime minister by a rival Shiite faction, Green Zone, Baghdad, Iraq, Aug. 4, 2022. - Ahmad al-Rubaye/AFP via Getty Images 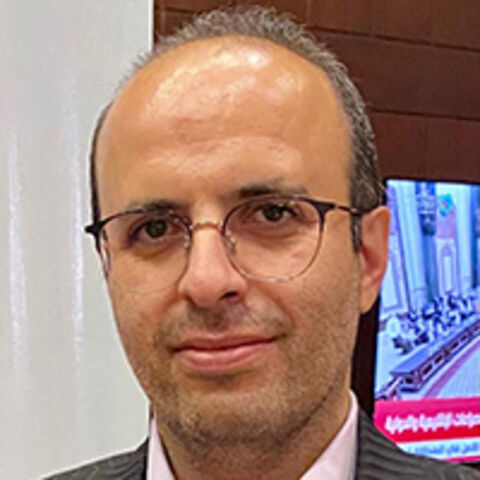 The recent Sadrist protests have split the Shiite camp into two opposing sides — the Sadrists and the Coordination Framework — raising Iran's concerns significantly.

Both sides are campaigning against the other in the street and in the media, raising concerns about armed clashes on the Shiite side.

The Coordination Framework includes both long-time US partners and Iran-backed militias and groups that have been linked to the attacks against Americans in recent years.

The showdown in Iraq provides a pause for Iran, as it cannot take sides to support one camp against the other, which will lead to a deepening intra-Shiite conflict.

In his weekly press conference, spokesman of Iran's Foreign Ministry Nasser Kanani commented on the recent crisis in Iraq saying that Iran looks closely with concern at the situation in Iraq, emphasizing the necessity of maintaining security and stability in the neighboring country.

Since 2018, the distance between Iran and Sadr has increased steadily. When Iran was looking for a way to stabilize then-Prime Minister Adel Abdul Mahdi during the October demonstrations and try to stop the demonstration as soon as possible, Sadr was hoping to use the wave created by the protesters to achieve political gains for his movement and establish himself as the undisputed and unique leader of Iraq.

What added oil to the fire was the Sadrist move to chant against Iran with the slogan “Iran out out," which has been used during the current protests as well.

When Sadr's supporters stormed the parliament and occupied it July 27, and the next day supporters of the Coordination Framework came out into the streets and chanted the slogan of defending the constitution and the country's governing institutions, Ismail Kousari, a former high-ranking commander of Iran's Islamic Revolutionary Guard Corps and the current representative of the Iranian parliament, said in interview with ISNA news agency, "Muqtada al-Sadr must determine his position, which is one day with Saudi Arabia, one day with this country and another day with that country."

Kousari was referring to Sadr's trip to Saudi Arabia in 2017 and his meeting with Crown Prince Mohammed bin Salman. The trip that had not been coordinated with Tehran was received with great suspicion.

A week prior to the parliament's occupation by the Sadrists, when Sadr held the Friday prayer known as "unity" and called thousands of his followers to Friday prayer, Kayhan newspaper, which is a media outlet close to the extremist faction of the Iranian government, criticized Sadr's behavior describing him as anti-unity and accused him of abusing the sanctity of the Friday prayer.

At the beginning of the month of Muharram, when the Shiite mourning ceremony begins on the occasion of the martyrdom of Imam Hussein, Kayhan newspaper covered the ceremony of Ammar al-Hakim, head of the Hikma bloc and one of the prominent leaders of the Coordination Framework. The ceremony was received by the Sadrists as a political move against them, especially as Hakim expressed support for the Popular Mobilization Units, which Sadr wants to rein in. A day before in a BBC interview, Hakim also demanded the government to take action against the Sadrist protesters. The Sadrists in return attacked and burned the offices of the Hikma bloc in several provinces. Kayhan described the actions of Sadr's followers as "a new sedition."

In Iran, even the moderate and Reformist media outlets question Sadr's motives in seeking to split the Shiite camp. Ettela'at newspaper, which is close to the Reformists and the centrists, considered Sadr's behavior as anti-unity, especially the unity of Iraq's Shiites.

Sharq newspaper, which is close to Iran's Reformists and whose audience is generally the educated and academics, wrote, "Muqtada al-Sadr will not allow any movement to form a government by voluntarily removing his movement from the parliament, so we must ask when and where will Sadr's agitation stop?"

Another newspaper of the Reformist movement, Arman Emroz, wrote, "Muqtada al-Sadr, by causing street riots and regretting the resignation of his representatives from the parliament, showed that he does not have political tolerance. Sadr with his narcissistic character wants to be the No. 1 leader of the political and religious scene of Iraq.”