Russia’s Foreign Minister Sergey Lavrov seems to have avoided the GERD issue, instead focusing on his country’s relations with Egypt, Ethiopia and other African countries. 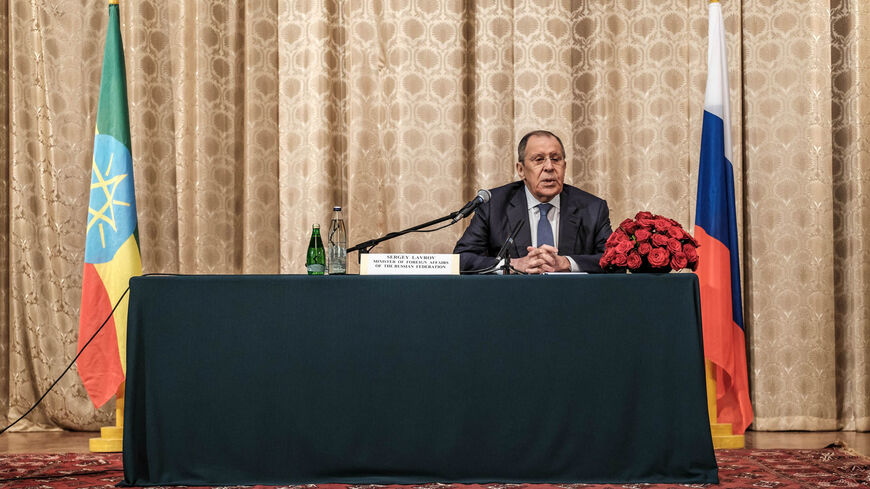 CAIRO — During his recent African tour, which included stops in four Nile Basin countries, Russia’s Foreign Minister Sergey Lavrov overlooked the Nile water dispute and the crisis over the Grand Ethiopian Renaissance Dam (GERD). Instead, his statements focused on portraying his country as a respectable friend for African countries, as opposed to Western countries that still deal with the continent with a colonial mentality.

Although Cairo has always made sure to include the GERD issue in its international talks and meetings in the past, it seems the issue was left out from official statements during Lavrov’s visit to the Egyptian capital on July 24, in his first trip to Africa since the Russian war on Ukraine began in late February.

The official readouts issued following Lavrov's meetings with President Abdel Fattah al-Sisi and Foreign Minister Sameh Shoukry did not refer to the GERD crisis. Such statements focused instead on bilateral cooperation projects, namely the Dabaa nuclear power plant project and the Russian industrial zone in the Suez Canal Economic Zone.

Lavrov’s visit to Egypt and later to Ethiopia coincided with the third filling process of the GERD reservoir.

On July 29, Egypt reiterated its objection to Ethiopia’s ongoing unilateral filling of the dam in a letter addressed to the United Nations Security Council that read, “The Egyptian state shall not accept any prejudice to its rights or its water security, and it reserves its legitimate right guaranteed in the Charter of the United Nations to take all necessary measures to protect its national security, in the face of any risks that may be caused by unilateral Ethiopian measures.”

In the letter, Egypt called on the Security Council to shoulder its responsibilities and intervene to implement the Declaration of Principles that obligates the three countries — Egypt, Sudan and Ethiopia — to negotiate and reach an agreement on the GERD as soon as possible.

Salah Halima, deputy chair of the Egyptian Council for African Affairs and a former Arab League envoy to Sudan, told Al-Monitor, “Russia cannot be considered distant from the conflict in the African continent, especially the dispute over the Nile waters and the GERD.”

He said, “The African continent — especially the Nile Basin countries and the Horn of Africa — is witnessing a state of polarization between the two sides of the current international political equation, with Russia and China on one side and the United States and the West on the other, and Lavrov’s recent visit is part of this polarization policy."

Halima noted, “Lavrov’s visit may be diplomatically portrayed as an attempt to reassure the pro-Russian countries and address the repercussions of the Ukrainian war.”

He added, “The current state of polarization may prompt Russia to play more effective roles aimed at solving regional disputes such as the Nile water issue. However, according to diplomatic norms, not all positions are declared, especially considering the sensitivity of the file in Egypt and Ethiopia, and the Russian side’s attempt not to lose any of the two countries."

Halima said, “The ongoing Russian presence and interests in the region will force Moscow to play a greater role in facing any crises that threaten the state of peace and security in the region, and to avoid the outbreak of any conflicts that negatively affect it [Moscow].”

Russia is seeking to attract more allies in the African region, as Russian relations with African countries have recently witnessed a remarkable development, especially in the field of security and precious metal exploration through the Wagner Group, a private Russian paramilitary organization. This may explain the neutral position of nearly a third of the African countries that abstained in March from voting against Russia in the UN General Assembly resolution calling for Russia to withdraw all its forces from Ukraine.

Despite Moscow’s attempts to express diplomatic positions on the GERD issue ever since Cairo sought to internationalize the issue amid the stalling negotiations held under the auspices of the African Union (AU), the Russian position in the plenary session of the Security Council in July 2021 was critical of Egypt threatening to use force.

The Russian delegate to the UN, Vasily Nebenzya, said during the July 2021 session, “Adding fuel to the fire and issuing threats about the use of force is something that must be prevented and avoided.”

Meanwhile, some Russian diplomats have expressed support for Ethiopia in the GERD dispute, in the face of any pressure exerted by Western powers.

Nabil Rashwan, a political analyst who specializes in Russian affairs, told Al-Monitor, “It is currently not appropriate for Russia to enter into any regional conflicts, as it is now looking for supporters and allies given the repercussions of the military operation against Ukraine.”

He said, “Russia does not currently prioritize the GERD issue, as it focuses on the current conflict with Ukraine."

It seems Russia is hesitant to express any GERD-related positions that would have an impact on its interests in the conflict countries, namely Egypt and Ethiopia.

Rashwan said, “Lavrov’s visit to the African region can be seen as part of the Russian attempts to divide the world into at least two major poles in the face of the US hegemony and the expansion of the Russian sphere of influence in Africa.”

He noted, “Russia has nothing to financially offer to Africa given the sanctions it faces in the wake of the war on Ukraine. Differently put, the security issue is the best way for Russia to promote itself as a humble ally and friend, especially considering that the West is still dealing with Africa based on policies that are conditional on imposing democracy and human rights."

Amani al-Taweel, director of the Africa Program at Al-Ahram Center for Political and Strategic Studies, told Al-Monitor, “Russia is in a predicament as it is stuck between two conflicting parties, so it is only normal for its handling of the GERD issue to be cautious. Any Russian initiative to resolve this conflict must take into account the existence of international competition, especially considering that during Lavrov’s visit to East Africa, the US secretary of state’s envoy [Mike Hammer] visited the Horn of Africa.”

He said, “The GERD crisis is part of the international competition between Russia on the one hand and the United States and the West on the other. All that Russia can offer at this stage is appeasement because it has the same interests in Egypt and Ethiopia.”

However, he stressed, “The Russian presence in the East African region is still less influential compared to the Russian interests in Western and Central Africa, depending on security relations and arms exports. Therefore, I do not see that Russia is currently qualified to resolve the conflict or provide solutions to the GERD issue, at least not for now.”

Given the different Russian positions regarding the dispute over the GERD, Cairo still adheres to its right to protect water security, as Sisi announced in statements during a field visit to the Military Academy Aug. 6, “[Issuing threats] leads nowhere, and Egypt’s water is a responsibility we all need to shoulder, including me, and I shall not allow anyone to touch it,” he said.

Pope to visit Bahrain in November 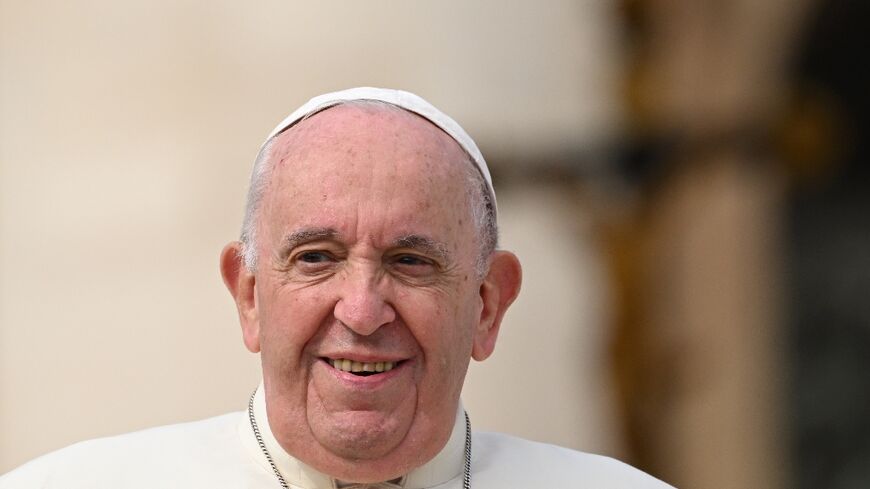