As Lebanon experiences a tourism hike this summer, rural villages and attractions hope to draw tourists away from the capital with the help of ecotourism companies. A day spent discovering lavender in the south is one example. 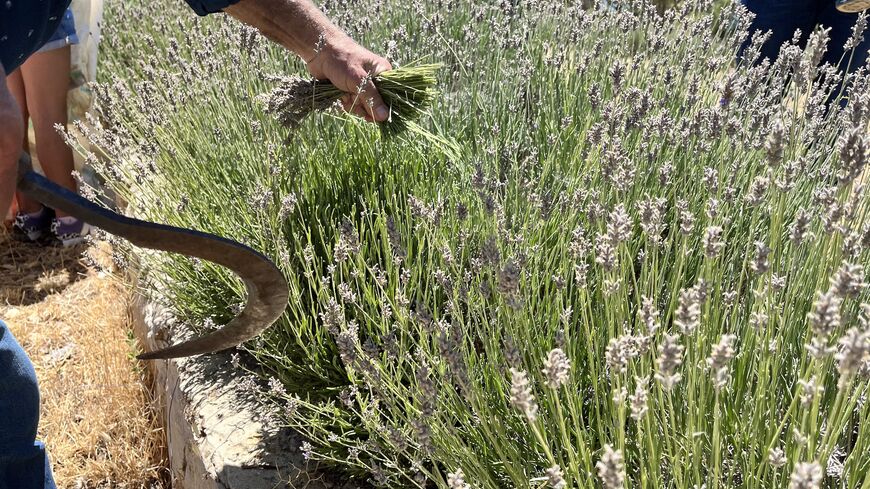 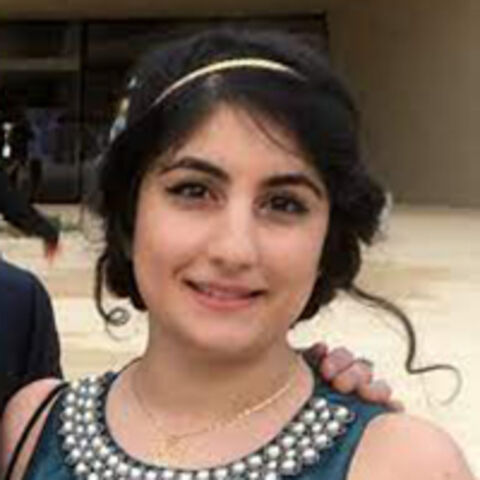 Since Lebanon’s financial crisis began in late 2019, the government has pinned its hopes on tourism and ex-pat support to provide relief for the ailing economy. While the country’s woes are now beyond such a simple fix, this summer’s uptick in tourism offers an opportunity for rural attractions and businesses to earn some much-needed income, which many are eager to take advantage of.

Al-Monitor received a copy of a press release in which the Tourism Ministry estimates 1.2 million visitors will enter Lebanon this season. Tourism Minister Walid Nasser told Al-Monitor at a recent news conference that they expect to generate about $4 billion in revenue. Famed for its natural beauty, culture, cuisine and history, Lebanon has much to offer both tourists and locals alike, but many don’t venture beyond the main cities or their ancestral villages.

Lebanon’s multiple crises have hit rural areas hard. With the help of ecotourism companies, rural attractions have been putting their all into drawing tourists further afield than just the capital and into the less-traveled spots to support these small local economies.

One such venture is a day trip deep into southern Lebanon recently organized by ecotourism company Tourleb, which seeks to support between three to five families with each outing and showcase some hidden gems.

“Since the beginning of the crisis in Lebanon, [founders] Joelle and I didn't take a salary,” co-founder Nada Raphael told Al-Monitor. “Today, it's not time to make money; today, it's time to survive, and we have to survive together.”

“The role of Tourleb is to support these small-scale businesses or producers … and put light on the people,” she added. “It is a huge day for [these businesses] and it makes a difference for them. These people don't usually see this kind of money; they could gain the same as what someone paid a [Lebanese lira] salary for 10 months of work.”

Themed on lavender production and its uses, the trip begins right at the source at Lavender Hill Retreat, a 50,000-square-meter lavender farm and agricultural oasis in Aatrine, which has been distilling its own essential oil for 20 years. Approaching the farm, the scent of the purple blooms is heavy in the air and instantly soothing.

With the economic crisis, the farm has turned its efforts to tourism to bring in some extra income, allowing visitors to harvest their lavender, learn about the distillation process and enjoy a hearty farm-to-table lunch, with the possibility to stay overnight in the house’s guest rooms.

“Now we have a resort with roads for hiking and biking. The ecotouristic aspect has now outgrown the agricultural aspects,” farm owner Rashid Hassan told Al-Monitor. “What Tourleb is doing is helping to match demand and supply in this very special area. Most tourists would never make it out here on their own, so they're bringing them here, introducing them to our farm in a friendly setting in nature.

“This is the first year where tourism is becoming a major source of income, whereas in the years before it was like an additional booster,” he added. “We used to sell our organic produce and oils to high-end shops, but now we had to stop this because of the cost of logistics.”

The cost of petrol has skyrocketed over the past year — a 20-liter tank currently fluctuates between 600,000 and 700,000 liras — costing a large chunk of the private sector's minimum wage, which only recently rose to 2.6 million liras.

For Hassan, the price of petrol needed to get his goods to Beirut is greater than what he can sell his products for, as he only generates a few tons of produce. Forced to downgrade the organic farming side of his business, he has had to adapt.

“I invested a lot to develop the square here, to host lunches and increase capacity, and we also have a small B&B,” Hassan said. “Lebanon is a very beautiful country, [but] it was not really made proper use of until now, because of necessity, because we are back to the bare bones.”

“Now every Lebanese is really thinking of ways to adapt and thrive. What you see here is one example,” he added. “With the visitors, we've found a way to share this. When foreigners come here, they get so impressed by the beauty of the country.”

A short drive from Aatrine sits Maasser al-Shouf, a village within the verdant Shouf Biosphere, where the Lavender and Zaatar Mine acts as a new hub for local lavender and thyme growers. Founder Rima Arbid has been making lavender products since 2013, but it wasn’t until last year that they renovated an old house into a tourist-friendly attraction.

The new spot walks visitors through the growing process and how products like lavender cookies, essence and salts are made. With the summer tourism boom, they’re hoping to attract visitors wanting to buy organic specialty foods or participate in their workshops such as zaatar mixing or aromatherapy.

The Lavender and Zaatar Mine acts as the setting for aromatherapy and perfume workshops organized by Tourleb, led by Cedarmount Aromatics and Jawhar perfumery, respectively. The workshops allowed participants to create their own perfume, massage oil and roll-on essential oil based on lavender essence, with other natural oils like peppermint, gardenia, neroli and cedar for customization.

“Because we’re so high up, our lavender has just bloomed now, so we're just starting. And I hope this month and the coming few months we'll have more business,” Arbid said. “I plan on doing more workshops on distilling lavender, and eventually we're going to be distilling zaatar and other floral plants.

“This is the first tour group that's come to the shop, so it’s a big moment,” she added. “Because our product is seasonal we only open in summer, so we really rely on the tourists. The lavender is a real attraction, so hopefully, it’s going to be a good year.”

Raphael believes that tour companies could have a real impact on these rural communities and encourages tourists to support ecotourism.

“I've never realized that we had an impact until this crisis and the coronavirus. When the crisis started and the virus hit, we had to close and we started having around 60 to 70 calls a week of people asking ‘please, when are you coming to see us?’” said Raphael. “That's when I realized that all these people depend on us; we became an ecosystem. We're a tiny company, so imagine if we were 100 companies like this. Lebanon wouldn't have this problem.

“I encourage [tour companies] to not see it as competition. If people who come with us want to go on another company's trip next time, go for it. We're not competing here. We are trying to get out of the crisis.”