The "brutal" quashing of Kurdishness in Turkey continues to be state policy — even in entertainment. 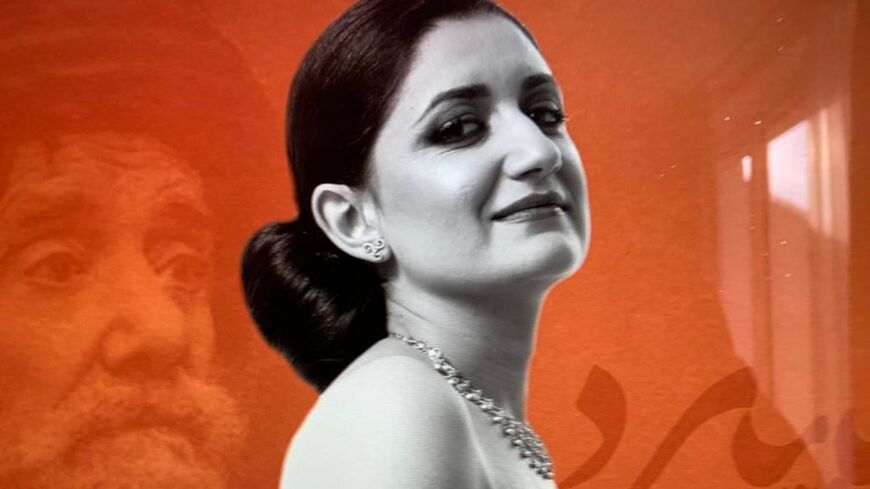 The suppression of Kurdish identity in Turkey has claimed yet another victim. Pervin Chakar, a globally acclaimed Kurdish soprano, says she is brokenhearted after a university in her native city of Mardin decided to cancel a concert because she had included a Kurdish-language piece in her repertoire. Never mind that Artuklu was the first-ever Turkish university to launch education in the Kurdish language in 2011, its current administrators apparently reckoned that letting Chakar perform in her mother tongue would be a step too far.

The 37-year-old, who has performed in Milan’s Teatro Alla Scala and Vienna’s Theater an Der Wien, among multiple other premier venues, took to Twitter to pour out her emotions. In a July 30 post, she said, “I am experiencing the sorrow of not being able to perform in my city. One cannot question an artist about which languages are part of their repertoire. This is a crime against humanity.”

In an interview with Al-Monitor, the first she gave since going public with her story, Chakar said she had not been “surprised” but rather “saddened” by the university’s decision. The salon in which she was scheduled to perform on May 28 was initially available. But once the university examined her repertoire, it changed its tune, claiming the salon was no longer free.

Aynur Dogan, another world-famous Kurdish singer, faced a similar situation when a municipality run by the ruling Justice and Development Party (AKP) in the town of Derince in western Turkey canceled her concert that was meant to take place on May 20.

Kurdish folk performer Mem Ararat was unable to take the stage in the city of Bursa on May 29 after the governor’s office canceled his concert on the grounds that it would threaten “public safety.” Ararat’s manager, Zik Music, noted in a statement, “We are deeply saddened and alarmed by the cancellations of concerts in recent days. We shall continue to sing our songs in all languages, to grow our love through art and music and embrace one another with love.”

Chakar said she did not know whether the concert was blocked as a result of “state policy.” Regardless, Chakar said she finds it “wrong” that “the Kurds’ basic rights and their freedom to express themselves in their own language should be granted on the basis of political considerations.”

For decades, quashing, oftentimes brutally, even the slightest display of Kurdishness was state policy. “Kurdish music and cultural production, like every aspect of Kurdish culture and life, have been criminalized and stigmatized so that institutional racism and discrimination [against them] are sustained,” said Mehmet Kurt, a Kurdish academic and Marie Sklodowska-Curie Global Fellow at the London School of Economics.

Musa Anter, a prominent Kurdish intellectual and founder of Turkey’s first Kurdish Cultural Society, was regarded as a symbol of the struggle to overturn bans on Kurdish language and culture. His first spell in jail was for “whistling in Kurdish” when he was a teenager. Anter was murdered in 1992, the victim of a series of “mystery killings” of Kurdish dissidents that were believed to be perpetrated by Turkish security forces and have yet to be illuminated.

The pressure began to ease in January 1991 when the government lifted bans on speaking and performing in the Kurdish language.

The current government went further than any when it came to power in 2002. It embarked on a series of reforms aimed at democratizing Turkey and carrying it to full membership in the European Union. These included the establishment of a state-run Kurdish-language television channel, allowing education in the Kurdish language and holding direct peace talks with the PKK for the first time. However, starting in 2015, the AKP made a massive U-turn, ditching the talks. A two-year-long cease-fire with the rebels collapsed.

Turkey’s President Recep Erdogan has since, with his far-right nationalist allies, been overseeing the most ferocious campaign against the PKK and the Kurdish political movement in recent years, one that extends beyond Turkey to Western Europe, Syria and Iraq. Symbols of Kurdish identity are once again being criminalized. Names of streets in the Kurdish-heavy southeast region are being Turkified; statues of Kurdish figures are being torn down.

Kurdish wedding singers are being hauled in for questioning once again for performing “terrorist songs.”

In a 2021 report on rights violations against Kurdish musicians, the Ismail Besikci Foundation, founded by the eponymous sociologist who is among Turkey’s foremost experts on the Kurds, interviewed multiple Kurdish artists. They described the challenges they face on condition that their identities not be revealed.

One said, “You’re applying for the festival. They want a repertoire from you. You send it. They just absolutely don’t accept the Kurdish repertoire. They say ‘Sing in Turkish too.’ Especially if it is a festival in the Aegean and Black Sea regions, they definitely do not accept the Kurdish song. Kurdish is not seen as Turkey’s language. That limits the number of venues.”

Another explained, “The word ‘Kurdish’ itself is perceived as a crime against the country and the state. Even in secular places where alcohol is served, this is the case. They force you to sing in Turkish. It is a cause of crisis if you do not sing or do not know. … We were singing in Kurdish in such a place, and some of the audience stood up and asked for the song ‘I Would Die for You, My Turkey.’”

Abdurrahman Kurt, a former AKP lawmaker who is on the party’s executive board, insists that the scotching of Kurdish concerts is not government policy and that he was personally opposed to the moves. Chakar acknowledged that Kurt tried to reverse Artuklu University’s decision but failed. “He opposed the irrational actions of the university and its rector,” she said. “But the problem was not resolved.”

Kurt told Al-Monitor “I am at the center of this issue and it has nothing to do with state policy.”

Rather, he said, it had to do with the fact that Ibrahim Ozcosar, the rector of the university and an ethnic Kurd, was “scared of losing his seat” because “certain people accused him of discriminating in favor of Kurds” and that the rector had “acted timorously” as a result.

Kurt did not specify who the people targeting Ozcosar were. But his comments reflect the degree to which Erdogan’s executive presidential system, introduced in 2017 and which concentrates all power in his hand, has paradoxically given officials operating at the local level the power to use their own initiative and cut out lawmakers as advocates for the people from the chain of command. In this nebulous environment, and even with laws decriminalizing Kurdish language still in place, pressure on its use has resumed. The wave of nationalist hysteria gripping the country in the midst of rising anti-refugee sentiments is making things worse. In April, a man who sang in Kurdish was stopped on the street in the eastern city of Van, handcuffed and beaten by police.

All of this has left Chakar feeling like an exile in her own land. “It’s my country, it’s my land and you are brazenly forbidding it,” she said of the government. “You only like that language (Kurdish) when it’s used to shower you with praise.”

Chakar remains defiant, saying she is preparing for her next performance that is to be held on Aug. 25 in Erbil, marking the first ever opera recital in any language in the Kurdistan Region of Iraq. Kurdish, a language in which “high literature has been written from the 10th century on,” is beautifully suited to opera, Chakar noted. “And let’s assume for a moment that it’s not. Should we stone the Kurdish language to death?”